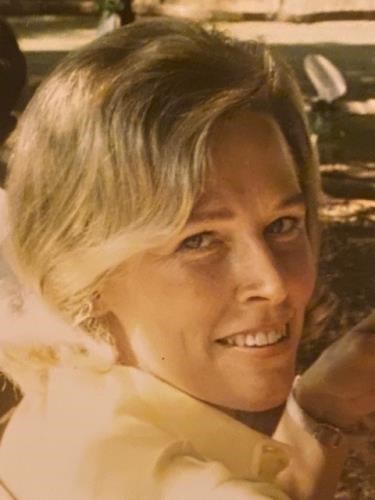 Eleanor Ruud ShellingEleanor Ruud Shelling, nee Eleanor Agnes Opal Ruud, and familiarly known as Ellie, passed away on October 25, 2019. She was born on December 8, 1928 in Crookston, Minnesota to Olivia Holtan Ruud and Carl Oscar Ruud, both of Norwegian descent. Ellie was the youngest of three daughters. She had a strong will that overcame decades of poor health and lived until shortly before her 91st birthday. She is survived by her sister Evelyn Kranz (Evie), her daughters Susan Lopes (Saake) and Lori Shelling, and her grand-daughter Olivia Lopes, with whom she had an especially loving relationship.

After graduating Crookston High, Ellie attended University of Minnesota as an English major. At age 18, she and her sister Evie won Minneapolis' "Beautiful Sisters" contest, with a first-plane-ride thrilling trip to Chicago. In the summer of 1949 she and a Pi Phi sister ventured west to California to work at the Brockway Resort in North Lake Tahoe. Ellie and the summer crew performed water ballet shows for hotel guests including Claus Shelling, a Stanford student, whom she would marry six years later.

Ellie earned her BA at and then taught English at U of M. In 1955 she was granted a Fulbright scholarship at University of Oslo, Norway to study education. Instead of accepting the Fulbright, she chose to marry Claus that same year. They bore two children, Susan Elizabeth and Lori Olivia and raised the family in Los Altos. She earned her Master's degree in Literature from San Jose State during this time period.

In 1972 Ellie co-founded the Resource Center for Women in Palo Alto, an organization to prepare women to re-enter the work force after child rearing. The career and education materials were available and widely used by both men and women; to reflect this the organization's name was later changed to "Career Action Center."

Ellie lived in New York City from 1979 to '82 and was head of two non-profits before returning to her Bay Area home. Ellie worked in the '80s and '90s with daughter Susan, who founded and operated MuffinsMuffins, a six-store bakery chain in San Francisco.

Ellie was a true intellectual - passionate about words and education in general. She and her friends would get together for "Saloons" (a play on Salon) to talk about books, poetry and ideas, paired with food and wine. She was always a forward thinker, way ahead of her time in thought, theory and practice. She prayed for World Peace, sometimes referring to it as "Whirled Peas" long before it became a trend and bumper sticker. Ellie loved fashion – the first to wear hot pants and go go boots in the 60s, hip huggers in the 70s and capris in the 2000s.

Ellie was head-strong, fiercely independent, principled and a believer in humanity. Always, progressive and accepting, Ellie was the go-to mom for Susan and her friends for help with delicate teen topics. She was loyal and trustworthy – someone who would listen and keep whatever was said in confidence.

Ellie's proudest achievements included the Fulbright grant; co-creating and becoming the first Executive Director of the Resource Center; purchasing her own home in 1974 as the first woman to receive a Wells Fargo mortgage without a co-signer, and her 100% Norwegian heritage.

Ellie remained in her Palo Alto home with Lori, who became her caregiver, until her death. She passed away in bed, and beside her was Bob Woodward's "Fear" and an open Mary Oliver book of poetry with a post-it sticky marking "When Death Comes."
Published by San Francisco Chronicle from Jan. 3 to Jan. 5, 2020.
To plant trees in memory, please visit the Sympathy Store.
MEMORIAL EVENTS
To offer your sympathy during this difficult time, you can now have memorial trees planted in a National Forest in memory of your loved one.
MAKE A DONATION
MEMORIES & CONDOLENCES
0 Entries
Be the first to post a memory or condolences.