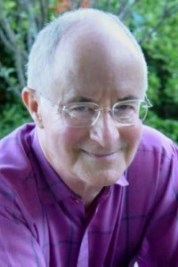 Ernest W. "Chick" Callenbach April 3,1929 April 16, 2012 Ernest "Chick" Callenbach, 83, longtime Berkeley resident, died peacefully of cancer at his home in Berkeley, California. Born and raised in rural Pennsylvania, Ernest attended the University of Chicago, where he was caught up in the new wave of serious attention to film as an art. After six months in Paris at the Sorbonne, seeing four films a day, he returned to Chicago and earned a Master's degree in English and Communications. He then moved to California in 1955 where he joined the staff of the University of California Press. There he founded and edited the internationally acclaimed journal Film Quarterly until his retirement in 1991. He occasionally taught film courses at the University of California, Berkeley, and at San Francisco State University. During his career at UC Press, he edited the renowned list of film books as well as books in art and science, including the California Natural History Guides series. Ernest was a writer and editor best known for his visionary novel Ecotopia (1975), an environmental classic that has sold almost a million copies. He also wrote the novels Ecotopia Emerging (1981) and Publisher's Lunch (1989) and a half dozen nonfiction books on ecological issues, including Ecology: A Pocket Guide (1998) for UC Press. He was a popular speaker and lecturer at universities and conferences around the world. He was awarded an Honorary Doctorate from the University of Freiberg in 2009, and he received the Society for Cinema and Media Studies Distinguished Career Achievement Award. Ernest leaves behind his wife, Christine Leefeldt, his daughter Joanna Callenbach, his son Hans Callenbach, his five grandchildren Anya and Toby Richkind and Joaquin, Diego, and Ines Callenbach, and his brothers Tony and Tim Callenbach. Ernest's hope for the future was that people take action in their own way to contribute to the health of what he called "our precious and beautiful planet". Memorial contributions may be sent to the environmental or social organization of your choice. Ernest maintained strength and dignity throughout his long life and illness. His family, colleagues, and friends everywhere will miss his inspiration, his wise mentorship, his loyal friendship, his warm and gentle smile, his kind words for everyone, and his generous and loving heart. A celebration of Ernest's life is planned for late summer.
Published by San Francisco Chronicle from Apr. 28 to Apr. 29, 2012.
To plant trees in memory, please visit the Sympathy Store.
MEMORIAL EVENTS
To offer your sympathy during this difficult time, you can now have memorial trees planted in a National Forest in memory of your loved one.
MAKE A DONATION
MEMORIES & CONDOLENCES
6 Entries
I'm sorry I never had the pleasure of meeting him in person, but I loved meeting him and learning of his vision through reading Ecotopia.
Pamela Clark
May 3, 2012
Such a loss for the global community. Ernest had great vision and has had a tremendous and lasting influence in making "our precious and beautiful planet" a better place. We will always remember not only his wide ranging and extraordinary contributions, but his generosity, his kind and gentle heart, his indomitable spirit. We miss him so much.
Jean and Elsa Fremont
April 30, 2012
So sorry Christine. I wish I had a better way of expressing my condolences to you.
Ruth
Ruth Decker
April 29, 2012
Ernest Callenbach had a deep understanding of man's place in nature together with a unique ability to make it comprehensible to others.
Robert P. Sikora
April 29, 2012
A man of vision. If we follow his advice, the world will be a better place, and we will be honoring his life.
April 29, 2012
A man of vision. If we follow his advice, the world will be a better place, and we will be honoring his life.
Martha Ashton-Sikora
April 29, 2012
Showing 1 - 6 of 6 results