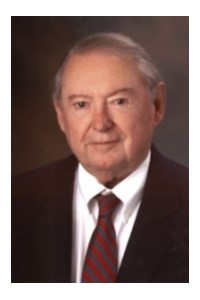 George Alexander Malloch, Jr. January 2, 1931 - May 21, 2011 Resident of Brookdale, California George A. Malloch died unexpectedly in Frankfurt, Germany, with his loving wife of 12 years, Linda, at his side. Also survived by his children, Sharon Fogarty, Douglas Malloch, Steven Malloch, and granddaughter, Lindsay Fogarty, George will be greatly missed by all who knew and loved this extraordinary individual. George was born in Santa Cruz, where he attended elementary school, then moved to Pittsburg where he attended junior high. Later moving to San Jose, he graduated from Lincoln High School in 1948. A member of Delta Tau Delta Fraternity, George graduated from U.C. Berkeley with a B.A. in General Studies in 1953. Joining the Navy that same year, George was stationed in Japan until 1956. Returning home, he entered Hastings Law School, then transferred to Boalt Law his second year, where he graduated in 1959 as a member of the Law Review. George's distinguished law career began at Chickering and Gregory, where he became a partner. George next joined Kaplan, Russin & Vecchi, finally moving to Lanahan and Reilley, where he practiced until retirement. Upon retirement, George and Linda moved to their beloved home in Brookdale, where he enjoyed entertaining their dear friends, watching the abundant wildlife along the banks of the San Lorenzo River, and using it as a jumping off point for their many trips, both locally and abroad. An avid reader with a passion for knowledge and cultivation of the intellect, George was a master storyteller who could keep his friends enthralled for hours on end. His great humor and wit will not soon be forgotten. George was active in many organizations, groups and charities, and served on many foundation boards. He was a past member of the Bohemian Club, Pacific Union Club, and served as president of the Commercial Club. At his direction, there will be no memorial services. In lieu of flowers, donations may be made to the American Cancer Society.
Published by San Francisco Chronicle from Jun. 6 to Jun. 7, 2011.
To plant trees in memory, please visit the Sympathy Store.
MEMORIAL EVENTS
To offer your sympathy during this difficult time, you can now have memorial trees planted in a National Forest in memory of your loved one.
MAKE A DONATION
Please consider a donation as requested by the family.
MEMORIES & CONDOLENCES
2 Entries
Linda - Joe and I just heard today that George had passed. We were so sad to hear this news. He was such a softy under that old bear on the outside. Nina miller
June 14, 2011
It is with great sadness that I say goodbye to my dear Uncle Sandy. He has been a rock for me this past year, and I only wish I had him in my life as I grew up. I found him to be incredibly interesting, witty, kind and wickedly smart. He was easy to love, and I will miss him.

My sincere condolences go out to his children his granddaughter, Norma, his wife Linda and his buddy Luke. It was clear that he loved all of you very much, and I enjoyed hearing about you all. If there is anything you need, I am here to help in any way.

His memory lives on in the beautiful redwoods that he loved so much, and it will always live on with me.
Lisa Martin
June 7, 2011
Showing 1 - 2 of 2 results