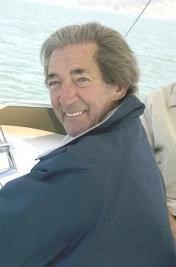 You are in my thoughts during this difficult time.

Much Love,
Elena Keating
Elena Keating
August 23, 2014
I did not know him personally but would like to offer my sympathy for the loss of your family member. And to thank him as well as all of the Pashas for employing my mother, Earcie Hunter for over 30 years.
Debra Moore
August 23, 2014
Fond memories of a great man I'm privileged to call my god-brother,an extraordinary monopoly player. Looking
forward to further sharing Love Prayers
Jackie Curran
August 23, 2014
Mr. Pasha was a wonderful and kind man. He will be greatly missed. Thank you for the memories. Our prayers and love go out to the Pasha Family. The Price Family.
Chris Price
August 23, 2014
Dear Janet and family It was my personal honor to have worked for George who was a true gentleman of love and encouragement.
Love, Robert Lederer
August 23, 2014
Our sincere condolences to the Pasha family. We are sending heartfelt prayers to your family. God Bless, The Mayo family
August 23, 2014
My thoughts go out to the Pasha Family for their loss. As a painting contractor years ago I did painting for Mr Pasha. He always treated me very well. It was a pleasure to work for him. He made the world a better place. Tim Thompson
Tim Thompson
August 23, 2014
My heartfelt condolences to Janet and the entire Pasha family. I agree with the sentiment expressed above, that George was all of that and more. He had an ability to make you feel part of his family. Kind, generous, humble, and down to earth. I appreciate what a fine gentleman he was, and honor his memory. Aloha George, you will be missed.
Roberta Weisenburg
August 23, 2014
What a terrible loss...and such fond, fond memories. With special love to Jan and all the family. Pat Novak
August 23, 2014
love and condolences to the pasha family. I love you all. if you need anything, please let the Burkes/O'connors be your shoulder
candace burke
August 22, 2014
Showing 1 - 45 of 45 results