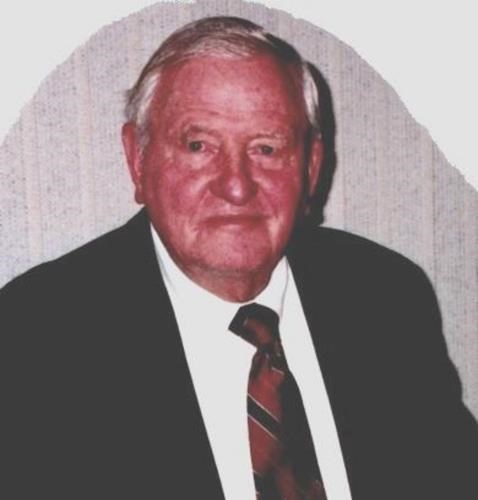 Harold practiced patent law for 50 years, owned and developed multiple real estate projects, and was involved as an investor, officer and director in several technology start up companies.

Harold earned his B.S. in Electrical Engineering at South Dakota State University in 1943 and then joined the US Army Signal Corps serving as a first lieutenant in WWII in Germany and North Africa. He later served in the Army Reserve Corp as a Major. Harold then received his B.S. in in Business Administration at UC Berkeley followed by his J.D. from Boalt Hall, UC Berkeley in 1952.
Before starting law school, Harold worked for Westinghouse Electric Corporation. After graduating, he joined Flehr and Swain later to become Flehr, Hohbach, Test, Albritton and Herbert until 2002 when the firm merged with Dorsey and Whitney and Harold retired from law.

The following years until his death he owned and developed significant commercial real estate projects in the California Avenue business district of Palo Alto.

Harold was also responsible for introducing the founders of the technology start up Advanced Cardiovascular Systems, later Guidant, and served as a board member for the early venture capital fund, Sutter Hill Capital.

Harold respected education and established professorships at SDSU and UC Berkeley.He also commenced funding of endowed positions at the Silicon Valley Archives at Stanford University Libraries.Through his Silicon Valley Luminary Society, Harold wanted to introduce the next generation to inventors. He commissioned a series of oil paintings featuring these pioneers at the age of their inventions.

Growing up during the depression in South Dakota, Harold was the oldest of 6 children. He drove a horse and buggy to school, studied by kerosene lamplight and picked up his lifelong hobbies of coin and stamp collecting.

Harold enjoyed work and continuously thought of ways he could contribute and accomplish what he valued. Very inquisitive and curious to the end of his life, he appreciated spending time with people of all ages. He enjoyed traveling, dancing, tennis and skied Shirley lake run at Squaw Valley until age 87.
Harold is survived by his wife, Marilyn; his sisters, Lorraine,Carol and Sharon; his children and their spouses, Douglas(Kay), Janet (Chris) and Ellen(Lance); his 11 grandchildren, Kasimira, Timothy, Pamela, Amanda, Cynthia, Joshua, Gerhard, Genevieve, Robert, Nolan and Elizabeth.
He is predeceased by his brothers, Carl and Lawrence; and his daughter Ann

In Lieu of flowers donations may be made to the University of California, Berkeley, School of Law, Boalt Hall, 215 Bancroft Way,Berkeley 94720 or to the charity of your choice.
To plant trees in memory, please visit our Sympathy Store.
Published by San Francisco Chronicle from Jan. 7 to Jan. 28, 2018.
MEMORIAL EVENTS
Feb
2
Memorial service
2:00p.m.
Menlo Church
950 Santa Cruz Avenue,, Menlo Park, CA
MAKE A DONATION
Please consider a donation as requested by the family.
MEMORIES & CONDOLENCES
3 Entries
I note that Mr. Hohbach was well-known as a developer and people have a lot of things to say about him and his hard driving work and business image. I worked for him for a short time many years ago, as a (self-admittedly not very good!) legal secretary. I want to add that there were many times he would tell me either to bill clients at a very little charge or no charge at all for those who did not have a lot of money. He knew the value of a dollar because of his upbringing and he had a good heart. He was sympathetic to those who didn't have much resources themselves, and I haven't seen anyone comment about that. In addition, Mr. Hohbach would get work done for clients with 1/4 of time it took other attorneys to do the same, and his billing would reflect that. He had the most enormous energy, I've never known anyone with a stronger work ethic. He himself would insist on using outdated equipment because it still worked fine for him; he was the opposite of arrogant but rather down to earth.
Janine
Coworker
December 31, 2020
An unforgettable personality, with irrepressible energy and drive to build and build and build. We will always appreciate his generosity toward our congregation, Cong. Emek Beracha, a neighbor and a tenant long ago.
Rabbi Yitzchok Feldman
February 2, 2018
Harold and myself were on the SDSU Foundation board at the same time. I am also a SDSU EE graduate.

We always had some very interesting discussions. I will miss Harold.