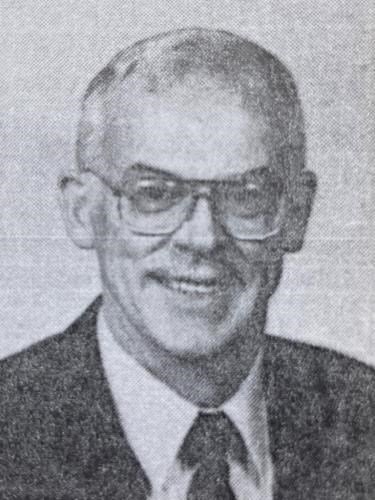 Harris Eudell Kluksdahl passed away in San Rafael on December 19, 2020 after a lengthy illness. He was 87. Born to Hans and Alyce (Meyers) Kluksdahl in Driscoll, North Dakota on March 4, 1933, Harris grew up in Stanwood, Washington, where his mother was a school teacher, following the early death of Hans. Harris earned his BS and PhD degrees in chemistry at Western Washington University and at the University of Washington. He began his career in Wilmington, Delaware, as a research chemist at DuPont, before settling in San Rafael, where he spent the rest of his professional life as a research chemist for Chevron Research. At Chevron, Harris led a group of researchers in 1968 to conceive and formulate the Type F Rheniforming catalyst that would launch the first of many generations of unleaded gasoline, and make an enormous financial impact on the oil industry. This groundbreaking discovery earned Dr. Kluksdahl admission into the California Inventors Hall of Fame in 1983.

His family and friends have long admired Harris's passion for hobbies and interests outside his accomplished career. An ardent devotee of classical music – and particularly chamber music – Harris loved attending the Marin Symphony with his beloved wife Jackie. Fascinated by his Nordic roots and his family genealogy, Harris was able to trace his family history in Norway back to the 1400s, write a book draft outlining stories of his ancestors' experiences on the Midwestern prairie, and assemble a major collection of traditional Hardanger weavings. A talented and skilled woodworker, he also enjoyed making furniture of all sorts in his woodshop. Harris took great pride in harvesting his orchard of citrus and fruit trees that he planted at his home in Terra Linda. An intrepid and passionate traveler, he delighted in exploring all parts of the globe—from European capitals to the ice shelves of Antarctica, from the Canyonlands of the Southwest to his native North Dakota prairie. Harris took joy as an outdoorsman and angler, fishing and backpacking with family and friends in the Sierra Nevada, the Trinities, and the Cascades over many decades.

He shared his love for the great outdoors with generations of Boy Scouts, along with the values of team work and ethical leadership. For years Harris served as Scoutmaster of Troop 76 in the Marin Council of Boy Scouts of America. His three sons were Eagle scouts.

Harris is predeceased by his first son James, and survived by his wife Jacqueline (Bailey), his sons Scott and Tom (Joyce Parr) and their mother Ann (Nilsson Davis), his stepdaughter Carolyn Jensen Dwyer and stepson Craig Jensen (Bethe Riordan), his grandson Austin, his step-grandchildren Isaac, Christiana, Seth, Erika, and Grace, and his step-great-grandchildren Sam and Henry. Donations in Harris's memory may be made to the Marin Council of the Boy Scouts of America, the Marin Symphony Youth Orchestra, or Hospice by the Bay. Plans for a memorial service will be announced later.
Published by San Francisco Chronicle from Jan. 10 to Jan. 17, 2021.
To plant trees in memory, please visit the Sympathy Store.
MEMORIAL EVENTS
To offer your sympathy during this difficult time, you can now have memorial trees planted in a National Forest in memory of your loved one.
MAKE A DONATION
MEMORIES & CONDOLENCES
4 Entries
Mr. Kluksdahl (at my age of 63 I still cannot bring myself to call him Harris!) was Scoutmaster of Troop 76 in Terra Linda from 1972 through to 1984. He was passionate about bringing young men to maturity through his diligent, and caring leadership. He would go to the houses of new members, and get to know the new boys and their families. He was detail oriented, and committed. He brought many a young man great experiences as a leader committed to taking them deep into the great outdoors on outings such as "50 Milers", weeklong backpacking trips tackling the deep Sierras. Men like him are what makes our country great. He will live on in the hearts, and memories of those of us who were blessed to experience his wisdom, and constancy as a Scout leader. Rest in Peace Mr. Kluksdahl.
Jesse Barnett
Friend
January 17, 2021
Harris Kluksdahl was a warm and traditional man who guided me and my peers through what was an awesome time to be a boy scout in the 80's in Terra Linda, CA.
One should never underestimate the importance of role models such as he in a young man's life.
Only later did I learn just how accomplished he was in his career.
On behalf of my fellow boy scouts, I wish to thank you, Sir, for giving your time and making a difference in 30+ young men's lives, who then went on to be that much better for it in their lives, with their family, for their country and to the world.
Self-sufficiency and Citizenship.
How to survive and thrive in any situation.
God and Country.
Harris, you were an example of American exceptionalism.
God Bless you and your family.
Marco Grasso
Acquaintance
January 15, 2021
Mr. Kluksdahl was a kind man whose generosity with his time made an indelible
Impact on the many young men who were lucky enough to spend time in Troop 76. His legacy endures through the actions of these former Scouts. Condolences to the family.
Carlo Grasso
Acquaintance
January 15, 2021
Good memories of Harris. Graduated from Stanwood High School the same year.