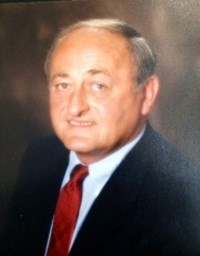 Harry H. Minkey survived by his wife of 49 years Linda, son Hank Minkey (Jesica) and daughter Jennifer Selvitella (John). Six grandchildren, Sade, Jonathan and Robert Minkey. Isabella, Giuliana and Giancarlo Selvitella. Brother Robert, nieces Amanda Granier (Jim), Cindi Klone and Melissa Minkey all of Los Angeles. Sister-in-law Wendy Houle (Paul) and Jill Fletcher of New Hampshire. Cousins Jim Minkey, Lila, Patti and Vicki Pobis and numerous nieces and, nephews. Pre-deceased by parents Harry and Marta and sister Karen Amdur.
Harry was born in St. Louis, Missouri and raised in Oak Park, Illinois. He was a graduate of Oak Park River Forest High school where he played football, baseball and basketball. He went on to play football and graduate from Northwestern University. He was a brother of Psi Upsilon Fraternity. He served in the U.S. Army, where he was known as a tough southpaw in base boxing matches, with his final post as an MP at the Presidio.
Harry was the consummate salesman starting his sales career at New England Life and then Olivetti Corporation. He worked for Olivetti out of the L.A. office and then transferring to Chicago, New York and ultimately ending in San Francisco. After another possible transfer he decided he wanted to stay in the Bay area and became a real estate broker. He found and up and coming little town, Foster City, and thought it would be a great place to raise a family. He joined Foster City Realty eventually branching out on his own, opening Minkey Gallery of Homes. He then joined forces with other fellow brokers forming Peninsula Brokers, Inc. where they did business on the peninsula for over 20 years. He then joined ReMax Realtors after his fellow brokers retired, where he finished his career.
He was the president of the San Mateo Burlingame Board of Realtors in 1984 and became an honorary member for life of the California Association of Realtors at the age of 75. He was the county chairman for the March Of Dimes for several years.
A member of Peninsula Country Club, a former member of the Foster City Lions and most recently a Lion for the newly formed Peninsula Special Interest Lions Club. Ever the athlete, he was a fixture at the Shell Blvd tennis courts, he coached Little League, girl's softball, coed softball, helped out with soccer and more recently played bocce ball for the Bocce Brawlers and was a member of the Foster City Yacht Club.
Harry's laugh and gift for telling a great joke, always having a big smile and a bigger hug will be greatly missed.
In lieu of flowers, donations may be made to The Peninsula Hospital Foundation. A Celebration of Life will be held February 8th at 11 a.m. at the Foster City Recreation Center.
Published by San Francisco Chronicle from Jan. 26 to Jan. 27, 2013.
To plant trees in memory, please visit our Sympathy Store.
MEMORIAL EVENTS
To offer your sympathy during this difficult time, you can now have memorial trees planted in a National Forest in memory of your loved one.
MAKE A DONATION
MEMORIES & CONDOLENCES
9 Entries
Harry and I were Psi Upsilon Fraternity brothers at NU over 50 years ago. I was saddened to learn of his death. We parted-he went into the business world, and I pursued a 42-year career as a National Park Ranger. His creative sense of humor,and skill at building interpersonal relationships I never forgot.
Semper Fi, Harry
Ross Hopkins
February 22, 2013
I will miss Harry especially his warmth, smile, generosity and jokes. We golfed every week for nearly 10 years. So many wonderful and immeasurable memories. Such a loss in my and so many people's lives he touched. His dedication to the March of Dimes, Board of Realtors and organizing the popular tennis tourney and the celebration at señor pepe's is
unmatched.
I loved this man and will miss my dear friend Harry Minkey!!!
Edd McKibben
February 7, 2013
Linda,

We hold you and your family in our hearts.

Lucy & Phil
February 7, 2013
Dear Harry was one of the most active members of the San Mateo Board of realtors when I joined in 1979. He was always warm and friendly and helped make me feel welcome. He is in God's hands now, never to be forgotten.
Sally Blevins Peter, Santa Barbara
February 4, 2013
Beautiful man, kind and smiles to all......thank you for sharing him. God bless all of his loving family.
Erin Baldwin-Osai
February 1, 2013
I am sorry I did not get to see Harry during his illness. He was our first Real Estate Agent. Donna Marie and I will miss him for his great sense of humor and business acumen. God Bless you.
Edward Baldwin`
January 30, 2013
Harry was an eternally positive force in so many lives.
Jeff Bayer
January 28, 2013
Gone but not forgotten. We love you, Harry.
Jill Fletcher
January 27, 2013
Hank and family, i'm sorry for your loss.
Art Gates II
January 27, 2013
Showing 1 - 9 of 9 results