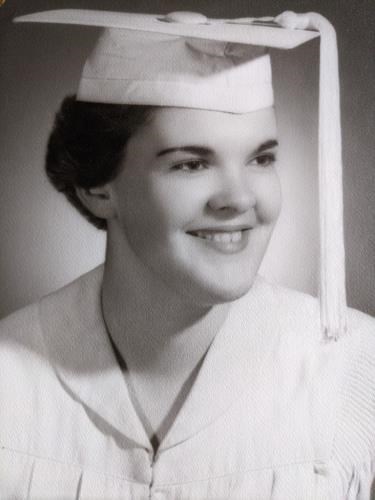 Helen Anne (Murtagh) Arana, a San Francisco native died peacefully surrounded by her family on Dec. 1, 2021. She is survived by her husband Rolando, daughter Patricia Mifsud (John) and son Ronald as well as grandchildren Anastasia and Colin Mifsud and granddog Teddie. She is predeceased by her sister Anne Murtagh and survived by her sister Bernadette Walker and her children Mike and Kerri Walker.

Helen was born in San Francisco in 1940 to Peter and Anne (Gallagher) Murtagh who immigrated from Ireland. She enjoyed a wonderful childhood filled with memories including riding the cable car while her father worked as a conductor, visting Playland and enjoyed frequenting the five and dime store. She was very proud of her Irish heritage and enjoyed her culture very much especially hearing the bag pipes on special occasions. She had many fun times at dances at the K.R.B. Hall in San Francisco. Later in life, she loved introducing her grandkids to her culture and watching them Irish dance.

Helen grew up in Noe Valley and attended St Paul's grammar school and high school. After high school she worked various clerical jobs in San Francisco at PacBell and Rose Exterminator among other places. She worked six days a week and bought her first house at 21 years of age.

In 1970 she married Rolando and later moved to the peninsula. While her kids attended St Paul's she volunteered countless hours at the school and enjoyed many friendships within the parish. At the same time she became the caregiver of her aging parents and spent her days split between two households and school. Despite the hectic pace Helen was committed to supporting the people she loved. She was a doting mother who packed daily school lunches, attended every field trip and drove her kids to endless outings.

As her kids grew she took on new roles such as working the 2000 census.

Helen was a dedicated daughter, wife and mother often doing anything she could to make her loved ones happy. Her family was the most important thing in the world to her and everyone around her knew that. She affectionately became known as "Brammy," a name her granddaughter gave her.

In her golden years Helen became a full-time caregiver for her grandchildren and granddog allowing her daughter to purse a demanding career in Silicon Valley. Helen enjoyed a very close relationship with her grandkids and was a well-known grandparent at their school.

In January 2021 Helen was diagnosed with a Glioblastoma brain tumor and bravely endured surgery and treatments. She battled infections and strokes. Despite all of the discomfort she had, she continued to find joy often making the UCSF doctors and nurses as well as her caregivers smile. She never gave up her will to get well and live.

In lieu of flowers, donations in her memory can be made to UCSF Brain Tumor Center Research. https://braintumorcenter.ucsf.edu/how-to-help/honor-and-memorial-giving UCSF Foundation, P.O. BOX 45339, San Francisco, CA 94145.

Her family wishes to thank all of the wonderful people at UCSF, in particular the nuero oncology department, who supported Helen throughout her cancer journey.
Private services were held.

Published by San Francisco Chronicle from Dec. 3 to Dec. 5, 2021.
To plant trees in memory, please visit the Sympathy Store.
MEMORIAL EVENTS
To offer your sympathy during this difficult time, you can now have memorial trees planted in a National Forest in memory of your loved one.
Funeral services provided by:
Duggan's Serra Mortuary
MAKE A DONATION
MEMORIES & CONDOLENCES
Sponsored by Duggan's Serra Mortuary.
3 Entries
I read about the passing of Helen. My mother was good friends with her mother, Anne many, many years ago. I remember Helen well and will keep her in my prayers. May she rest in peace.
Peggy Brown Coffey
December 6, 2021
Bernadette, so sorry to hear of Helen's death. We spend many happy times at the KRB Hall on Mission Street and St. Mary's Irish club. God Bless all her family members and friends. May She Rest in Peace. She was so lovely and a good friend.
Kathleen (Kennealy) Manning
Friend
December 4, 2021
My condolences to Rolando and all the family members. Helen and my wife Mary (who passed away in 2015) were good friends when they were young and often hung-out together.
Jim Riemer
December 3, 2021
Showing 1 - 3 of 3 results