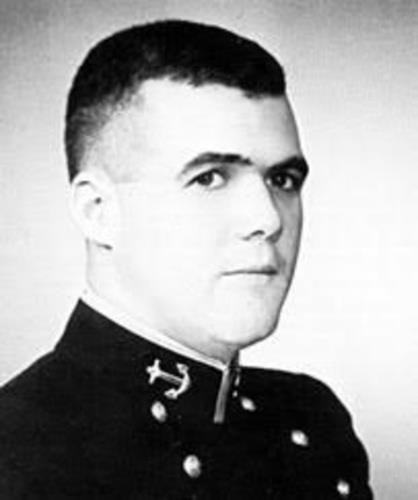 William Howard Wight Jr. passed away Thursday evening March 29, 2018. Howard, as he preferred to be called, suffered a massive stroke the week before as a result of atrial fibrillation. Howard is survived by his son David, daughter Jenni and his pride and joy, grandson Calum.
Howard was born in Baltimore, MD in 1939 to parents Capt. William Howard Wight II and Evelyn Bonsal Wight. He was raised by his Grandmother "Banny" Eleanor Jackson Love Wight, in Cockeysville, a small town outside Baltimore. Howard fondly recalled stories about Sunday drives to visit family and fishing with his dad and cousins.
After attending McDonogh School Howard was offered a scholarship to Yale, however, he attended the U.S. Naval Academy to honor his father's wish for him to serve his country. He graduated from the U.S. Naval Academy in 1961 and served in the Navy Supply Corps. Because of his strong belief of service to our country, Howard joined the Seabees and volunteered for a tour of duty in Vietnam.
Howard was an agent with Northwestern Mutual from 1973-1990. He created and published the Wight Financial Concepts Newsletter, popular among many of the top insurance and financial advisors in the country. Howard used his business acumen to become a dynamic, popular public speaker in the Insurance industry, speaking at over 50 seminars a year on topics including selling, motivation, success and time management. His oratory skills got him invited as a speaker at the Million Dollar Round Table several times and International Forum twice. Howard was honored and humbled when asked to be a keynote speaker at the MDRT. Howard went on to author 7 books including Success and Time Management, Red-Letter Language, Life Insurance in a nutshell, Ten Keys and his children's favorite book, Life's Lessons, which is dedicated to them.
In addition to establishing himself as a force within the Insurance industry, Howard was a voracious reader and avid sports fan. More importantly, Howard was a great father. He was extremely supportive and an attentive listener to his children while imparting many of life's lessons along the way. Howard was a good friend to those who knew him and a mentor to many in the insurance industry. His loyalty to his Country, family and friends was unwavering. Howard firmly believed if you do something you love, you never have to work a day in your life; that belief was manifested many times in his passion for speaking and helping others become better.
The family will have a small private ceremony, however if anyone wants to make donations, please do so to the American Heart Association. No one's heart was big as our father's, even once hired a man, who was on the verge of being evicted from his Jones St. Apartment in San Francisco, who our father had befriended over the years, just so he could stay in his apartment with his two kids.
Dad, Grandpa, you will be missed. We love you, David, Jenni and Calum

To plant trees in memory, please visit our Sympathy Store.
Published by San Francisco Chronicle from Apr. 14 to Apr. 15, 2018.
MEMORIAL EVENTS
No memorial events are currently scheduled.
To offer your sympathy during this difficult time, you can now have memorial trees planted in a National Forest in memory of your loved one.
MAKE A DONATION
Please consider a donation as requested by the family.
MEMORIES & CONDOLENCES
10 Entries
Howard gave me many great business ideas for my life insurance practice. In fact I used some today. He will be missed
February 10, 2020
When I was a measly little temp in the late '80s, struggling to pay for college, I did two little tasks for him. I organized his office in his apartment in the TenderKnob. Later I was invited for a return engagement in his actual office, putting together info packets into binders. From being around him I remember thinking "This guy is going to be successful". I am very happy to see that he was. As I ride the Apple bus to my Silicon Valley engineering job, many years later, for some reason I remembered him and decided to see how he was doing. Naturally I am very distressed to see what happened most recently. Even though I only knew him for a few hours 30 years ago, I wanted to say that he was a memorable person. My condolences.
Alfredo Jacobo
November 15, 2018
I was an assistant to Howard in the 1980s--I typed and mailed his newsletters, and maintained his database of subscribers (actually binders of ruled paper with payments manually posted in erasable pen). Howard said he selected me from the applicants because I didn't misspell his last name! I remember Howard giving me dating advice about a young man that Howard knew from the insurance industry--something like 'you probably shouldn't' (I know, it sounds inappropriate), but it was meant it in a fatherly way and of course he was right. News of Howard's passing saddens me even after all these decades. He was a smart, honorable person and he treated me so well. Much respect and appreciation to you in Heaven, Howard.
--Loretta
Loretta R
November 1, 2018
I always looked forward to having lunch with Howard when I went to the InsMark meeting in San Francisco. We shared a great deal in common beyond the life insurance industry. He graduated from the USNA the same year I graduated from Notre Dame in 1961. I always felt in his later years, Howard should have been speaking to high school and college students about how to prepare for life. His basic principles I have shared with my grandchildren.
His famous closing statement, will always be a foundation in my life, FOCUS ON FIRST THINGS FIRST? Howard, rest ion peace and I am certain you are helping St. Peter in heaven.
Joe Libby
JOSEPH LIBBY
Friend
May 24, 2018
Howard helped so many people in the industry with his insight wisdom and words .
He had the ability to take complex concepts and language and made it simple .
We will miss you .
Roland . R. Ghazal , CLU , ChFC , LUTCF.
Roland Ghazal
May 3, 2018
I saw Howard speak at my first MDRT meeting. From that point, I bought EVERYTHING Howard published. I went to hear and see Howard every time he spoke. I couldn't get enough because he was so good at communication and staying focused on what's important. I'm lucky to have sat at his feet and learned! His family is truely blessed!
Gary Davis
April 30, 2018
Howard was a great man and a master in his field. I learned a lot from him when I was getting started. I will never forget him and always be thankful I knew him. God Bless.
Bob Mance
April 30, 2018
To Howard's Family: He loved you so very much. He was so proud of you. Howard was a master of communication. He took the complex and made it easy to understand. He had a passion for this profession. He was always helping people, both clients and advisors. He will always be a legend in the life insurance and financial services business. He touched so many lives and his legacy will continue on. RIP, my friend. You did a great job while you were here and touched so many lives in a very positive way!
Greg Krpalek
Friend
April 30, 2018 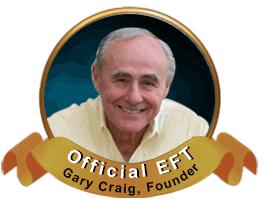 Howard was my good friend for 50 years. Always there to discuss anything... from business to politics to the ladies. A confidant, a buddy. He truly was, as he often described himself, a self-contained entertainment machine. My fondness for him stays in my heart and will remain until we meet again.
Gary Craig
Friend
April 30, 2018
Dad, you will be missed. You taught Jenni and me so much in life, prepared us well for adulthood. All of those life's lessons you tried to impart on us when we were know-it-all kids finally all now make sense. Thanks for being there at all of the meaningful times in our lives and being a great listener. It meant a lot. You were a man of strong character, we thank you giving us a solid moral compass.
David Wight
Son
April 30, 2018
Showing 1 - 10 of 10 results