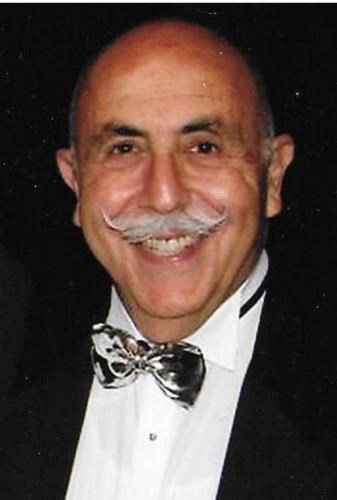 Dr. Lubell was born June 20, 1936 in Brooklyn, New York and he was the son of Morris Lubell and Ana Kellemer Lubell.

Dr. Lubell graduated from Stuyvesant High School and Columbia College in the City of New York. He received his medical degree at SUNY Downstate and his Master of Public Health at Columbia University.

Dr. Lubell served as a Lt. Commander in the U.S. Navy and as an officer in the U.S. Public Health Service. He also was in the United States State Department serving as the doctor at the American embassy in Moscow. He returned to the U.S. where he continued his work in public health as Chief Medical Officer of Lincoln Hospital in NYC. Dr. Lubell also served as the first community health officer for Bergen County, New Jersey.

Dr. Lubell was a founding force and contributor to worldwide health services working in over 150 countries. He specialized in population control through his work with the World Health Organization sanctioned, Association for Voluntary Sterilization. (AVS) Following his tenure with AVS he became the Medical Director of Bronx Lebanon Hospital in New York.

Upon his retirement in 2003, Dr. Lubell continued to be active in medical and administrative services. He served as the Medical Director for the San Francisco Fire Department for four year as well as serving on numerous boards and committees in the San Francisco Bay Area.

Trained as an epidemiologist Ira worked tirelessly to bring health care to minority and underserved communities.

He is survived by his husband of thirty six years, Louis Bonsignore of San Francisco. The two traveled extensively during their time together visiting over 150 countries. However their true loves in travel were Noosa, Australia and Lago d' Orta, Italy.

Dr. Lubell's wishes are that he be cremated and that a memorial celebration will be announced by his spouse, Louis Bonsignore, at a later date. Ira has requested that in lieu of flowers that friends, colleagues, and family consider a donation in his name to The Diversity Center of Santa Cruz, P.O. Box 8280, Santa Cruz, CA 95061.

Published by San Francisco Chronicle from Jun. 14 to Jun. 19, 2016.
To plant trees in memory, please visit the Sympathy Store.
MEMORIAL EVENTS
To offer your sympathy during this difficult time, you can now have memorial trees planted in a National Forest in memory of your loved one.
MAKE A DONATION
MEMORIES & CONDOLENCES
22 Entries
I hadn't been in touch with Ira after he moved to California. I was a friend here in New York City. My partner and I stayed with him one Summer when he was the resident doctor at Fire Island Pines New York. We think of him often and fondly. He certainly was a busy guy.

Sincere condolences
Jeffrey Ryan
June 18, 2018
Ira was a wonderful friend and graet man.
Gary Nelson
August 13, 2017
Ira was the medical director when I was hired as a staff surgeon at Valley Medical Center. Shortly after being hired I became ill at 1 AM during a trauma shift and was admitted. By 7:30 AM Ira had flowers and the morning paper delivered to my hospital room. He made me feel like being a part of the medical staff under him was like being part of a family. So smart, so fair, and truly a mensch and rolemodel.
Della Garland, MD
July 12, 2016 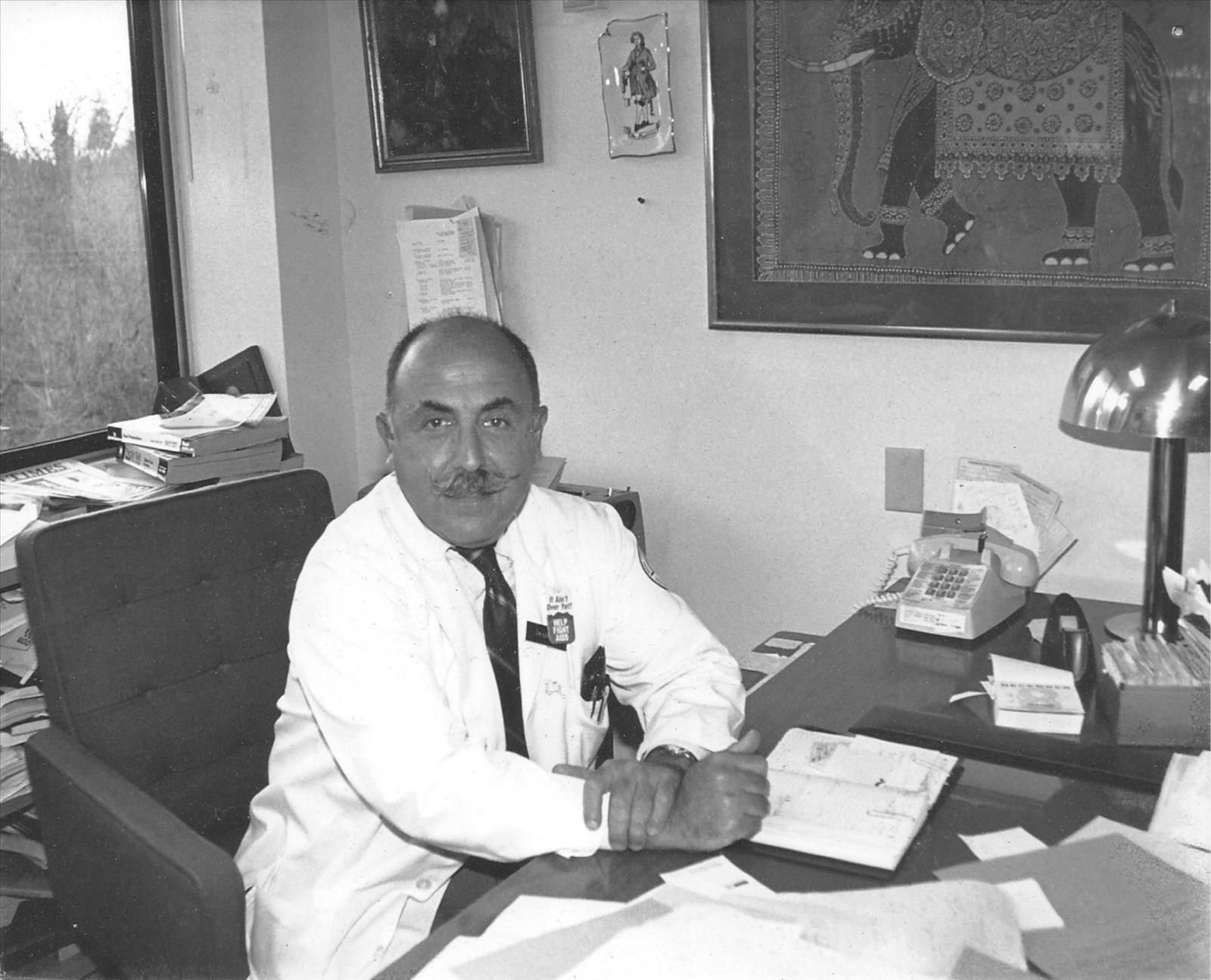 "Having recently turned 65 and not being inclined towards idle retirement, I decided to consider doing some volunteer work," Ira wrote in a published article in 2004.
For Ira and Louis, "volunteering" meant traveling to Durbin, South Africa to St. Mary's Mission Hospital on behalf of the American Jewish World Services to treat patients, and help set up/fundraise for an AIDS pediatric clinic. The work lasted 8 weeks.
Ira was never, ever idle in the 25 years I knew him. Resting meant reading. Travel meant seeing 150 countries and countless trips. His mind was quick and his intellect unmatched. If he didn't know it, he wanted to. Always.
In the early '90s, Ira was employed as Santa Cruz County's Public Health officer, a job he took in order to slow down a bit from his New York hospital work. Sort of like going from orbital speeds to a leisurely Mach 3 for a breather.
Professionally Ira was perfect, driven and compassionate. If he ever made a mistake you wouldn't know because he had gotten up very early to check his work and find any errors first. He cared about results and people.
I was absolutely blessed to be his friend.
For many years, Ira and I would meet for dinner once a week. Just after work. We had our regular set of places. But wherever we dined, he would always be organizing and making notes on Post-Its, which he would shove into a coat pocket after dessert. Not the absent-minded professor but the dedicated practitioner who never wanted to miss a detail.
Ira and Louis loved spontaneity. My partner and I were for a period living part time in New Zealand. One morning, the phone rang at 4 a.m and it was Ira. He and Louis were at the Auckland airport on a layover and had time for breakfast ... and a quick tour. Then they were off again headed for Australia.
We last had lunch with Ira in San Francisco the day after I returned from an overseas business trip. He was still working for the fire department. That was 29 April. Not long after he enrolled in hospice. I know he worried much about being sick for long. He truly didn't have patience for extended anythings... including goodbyes. The last text I got a few days before he passed was a smiley emoji.
Ira was a man of science. He didn't believe in a hereafter. He knew he lived his life well and for many more years more than he expected. However, the next time I see a rainbow I will think of Ira... colorful, brilliant, spontaneous... there for a minute and then gone until the next time.
Mary Bryant
July 1, 2016
I had the pleasure of working with Ira in Santa Cruz. He was a vibrant person full of life and warmth. We reaped the benefits of his trips to New York; always brought back the best Lox, Pâté and other goodies that he generously shared with staff.
Very sorry Louis for your loss of your partner in life.
Sydnei Wilby
June 25, 2016
We were classmates in high school and medical school. He was always that same wonderful human being. Rest in peace Ira.
irwin kerber
June 23, 2016
So sorry for your loss, Ira sounds like a remarkable man.
Annabelle Foos
June 19, 2016
My deepest condolences to Louis on the loss of an incredible, kind, brilliant and witty person. I'm glad I had the honor and pleasure of knowing Ira for 30 plus years.
Lois Silverman Wolf
June 19, 2016
Dear Louis,
I am very sorry to hear of the passing of your true love Ira. When he entered a room the whole world lit up! He was always a pleasure to be with. I'm so happy that I was able to reconnect with him last year. My brother Dan had the highest regard for him as a friend as well as a doctor.
Once again you are in my and Cliff's thoughts.
Thinking of you,
Bernie Conlin
Bernard Conlin
June 19, 2016
Not to mention his warm heart and modesty. He will be missed.
Lou & Marsha Meyer NYC
louis Meyer
June 17, 2016
Ira and I worked together at the Bedford-Stuy health center in the mid 60's and it was my pleasure to bring him to VMC as our Medical Director some 30 years later. A true caring, loving, individual. A character and raconteur extraordinaire. All who knew him will miss him. We were fortunate to share his friendship and spirit. We are all better people for having known Ira.
Robert Sillen
June 17, 2016
Such a loss of a friend and colleague who lived his life fully, joyfully and always with integrity. My sincere condolences to you, Louis.
Maria Allo
June 16, 2016
Worked with him for many years at SCVMC
Will be missed prayers to family
Sandie Soldano-Bettencourt
June 16, 2016
Dear Ira,

Thank you for..
* the leadership, professionalism and innovation you gave in your stellar career in health care and public service;
* thank you for being a role model for humanity, regardless of a persons religion, race, nationality, gender identity...(or height☺);
* thank you for loving Louis and making a great life with him...for those of us who love Louis...we can never be grateful enough for this huge gift...; and,
* thank you for all the secret acts...of which we will never know...of life giving skill, kindness, honor and love that you gave to countless other humans.

As your body departs, please keep your generous spirit around Louis and protect him from the pain of your earthly departure, as he mourns your final act...and remind him of the million of moments of a love, joy and awe.

Dr. Benita Dilley and Prof. Kelly Schultz
Montgomery, AL
Benita Dilley
June 16, 2016
Frater Louis... My love...
YITB ~~ Kevin Wadsworth Johnson (Portsmouth, OH)
K Johnson
June 15, 2016
I only got to meet Dr. Lubell a couple of times during his time as interim Public Health Officer in San Benito County. He was a very kind man and I wish I could've gotten to know him better. My prayers are to his husband and family.
Robin Lynch
June 15, 2016
I was lucky enough to work with Ira at the Santa Cruz County Health Department. He was always vibrant, cheerful, entertaining, and committed. Although I got to spend very little time with Ira, he left quite an impression on me. My heart goes out to his family and friends.
Will Forest
June 15, 2016
Judd, Please accept my condolences on your loss. Your love story and the life you and Ira shared would make a great movie ... you were so blessed to have found the love of your life. I pray God will give you strength during this heartbreaking time. May Ira's soul rest in peace. Sending my love and hugs to you.
Anne Iacuzzo
June 15, 2016
It was my pleasure to work for Ira at the Santa Cruz County Health Services Agency when I was fresh out of graduate school. He was a vivid presence in the halls with his long white lab coat, his signature mustache and his forward-leaning posture, always on the move, always more to be done.

He was a wonderful storyteller and a deeply caring man with a big laugh and a heart to match.

Ira, you are missed.
Celia Barry
June 15, 2016
Our deepest sympathy to you Louis, Conrad and I will always cherish the memories that we have traveling with you and Ira. May each day bring comfort in the knowing that you two had a love that stood the test of time and, will always be there in your heart.
Susan & Conrad Polly
June 15, 2016
My sincere condolences at this difficult time. Praying for you and Ira, Louis. May he rest in peace.
Paul Sohn
June 15, 2016
Ira was my dear friend, colleague and mentor. He was a tireless advocate of the public's health. His constant smile, wit, humor and generosity will be missed terribly. He always embraced his role as healer, pride in his community and his rich Jewish heritage. I am so privileged to have known him for these many years and I will miss him. His passing leaves an emptiness that I feel now but I know his spirit is with me. Good bye old friend. Thank you for always being there for me.
Marty Fenstersheib
June 15, 2016
Showing 1 - 22 of 22 results