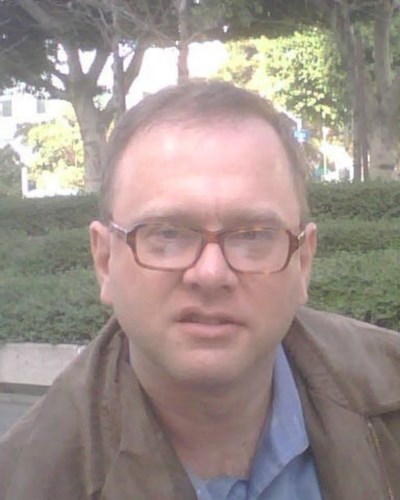 Irl Barefield, 55, died of natural causes on Monday, December 7 at his home in San Francisco. After growing up in Nashville, Tenn., Irl completed his undergraduate studies at Kenyon College and pursued an M.A. and Ph. D. in Philosophy at the University of Chicago before graduating from the Boalt School of Law at UC Berkeley and passing the California Bar. After working with Morrison Foerster and Cooley Godward in San Francisco, he accepted a position as Director of the HIV Care program at St Francis Memorial Hospital. In 2000, he moved to Los Angeles to become the Executive Director of the Aids Research Alliance where he is remembered, together with Paul Alan Cox, Institute for Ethnomedicine, for having negotiated an agreement with the Samoan government for access to the bark of the Mamala tree, found only in the Independent State of Samoa, which showed promise as a possible cure for AIDS. This revolutionary agreement assured that if the product were commercially successful profits would be split between further medical research, the people of Samoa and the pharmaceutical company. The bark ingredient, Prostatin, has proven successful in rendering the HIV virus undetectable in primates and is now in the early stages of human clinical trials with the AIDS Research Alliance in Los Angeles. Irl returned to San Francisco Bay area in 2010.

In addition to his professional work, Irl was an avid supporter and volunteer with the Asian Pacific Islander Wellness Center in San Francisco, serving on their board in the past, including two terms as board president.

Services will be held on Wednesday, December 16, 2015 at 1:00pm at the Civic Center Residence, 44 McAllister Street, San Francisco, CA 94012. In lieu of flowers, the family suggests donations be made to the Tenderloin Neighborhood Development Corporation, 215 Taylor Street, San Francisco, CA 94102, www.tndc.org/donate/whytndc/.
Published by San Francisco Chronicle from Dec. 11 to Dec. 13, 2015.
To plant trees in memory, please visit our Sympathy Store.
MEMORIAL EVENTS
Dec
16
Service
1:00p.m.
Civic Center Residence
44 McAllister Street, San Francisco, CA
MAKE A DONATION
MEMORIES & CONDOLENCES
10 Entries
Your light shines on in the endless lives that you impacted in your all-too-brief time with us here. I laugh and smile when I think of good times together, and cry and ache when I think about the tough times. I miss you, little brother. I miss you. I'm selfish, and I wasn't ready for you to go yet. Rest well, Irl B Dot. Rest well.
steven barefield
December 19, 2015
I'm so sorry about Irl. I must second everything Michele V. said earlier, and more. (He was my boss at ARA; I was his publications person.) He was fearless about speaking truth to power, and appreciated it in others, even if the power was himself. ; ]

Sweet, smart, kind, compassionate, fierce, and full of beans. I lost touch with him a few years after he left ARA, but I thought of him often.

My best to everyone that loved him.
Karen W.
December 18, 2015
Dear Barefield Family,

Irl was a wonderful executive director at AIDS Research Alliance. I was one of the research clinicians at ARA. His door was always open and I could drop in for a chat. He was passionate about HIV and finding a cure for HIV.

He was a kind man and had a wonderful sense of humor. And he was never afraid to speak the truth.
I was honored to call him a colleague as well as a boss.
My sincerest condolences to your family.
Michele Vertucci
Michele Vertucci
December 16, 2015
My heart is with all the family in this saddest of times. May you find comfort in having each other. I remember Erl running around at Edgehill UMC. Seems like yesterday.
Nancy Jackson - Nashville, TN
December 14, 2015
Irl was a kind, compassionate person - my sincerest condolences to his family and dear friends.
Mark Rocchio
December 14, 2015
My sincere condolences to the family. May God comfort you during this difficult time because He cares for you. 1 Peter 5:6,7
cheryl
December 14, 2015
May God bless you and your family in this time of sorrow.
JF
December 14, 2015
So sorry to hear of this. I grew up knowing the Barefields kids as friends as well as their parents as friends of my parents. My prayers are with Steven, Beth and the rest of the family during this time of loss.
Robin Campbell
December 13, 2015
So sad to hear of Irl's death. I haven't seen him in more than 30 years. I remember him as a kind person with a good sense of humor. Love to all who loves him. Julie Ogletree
Julie Ogletree
December 13, 2015
Rest in Peace, Cousin. Until we meet again.
Michael Barefield
December 13, 2015
Showing 1 - 10 of 10 results