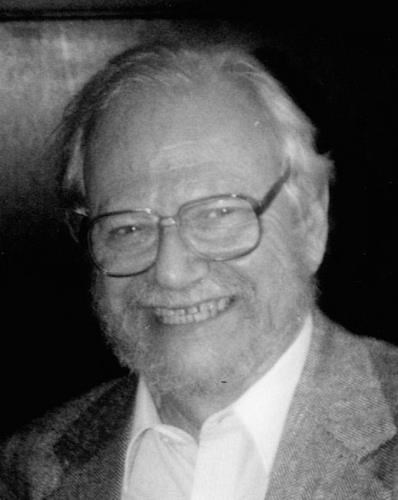 BORN
1923
DIED
2017
Irving Tallman Distinguished sociologist Irving Tallman passed away peacefully on September 29, 2017. Born in New York City in 1923, he grew up in San Francisco—which he considered throughout his life to be the most beautiful city on Earth. At Galileo High School he devoted himself to basketball, graduating in 1941. During World War II he served in a radar unit on Kauai, engendering a life-long love of Hawaii. He rushed through his studies at UC Berkeley, graduating with a degree in psychology in just two-and-a-half years because he felt he was "behind schedule." He then earned a Masters in Social Work from Wayne State University in Michigan, where he met his first wife, Beverly Johnstone, and spent a further year studying social work at the University of Chicago. Returning to California, where his daughters Laura (Robert) and Susan (Nicolas) were born, he worked at UCSF Langley Porter Clinic and as a researcher on a project studying families in crisis. In 1963 he received his PhD in Sociology from Stanford University.

In the 1960s, Irv was actively engaged in the Civil Rights movement and anti-war movements. He taught at San Francisco State and San Jose State during these years. In 1964 he took a faculty position at the University of Minnesota, where he remained until 1976, when he joined his second wife, Marilyn Ihinger, on the faculty at Washington State University. Five stepchildren then entered his life—Robert (Peg), Lance (Mary), Shannon (Robert), Phillip (Patricia), and Erika—as did Agneta (Torbien) who joined the family as an exchange student and remained a de-facto daughter. As WSU's Faculty Athletic Representative to the NCAA Pac 12 conference, Irv merged two of his great loves—academics and sports—and advocated strongly for the welfare and responsible education of student athletes.

As a researcher and author he published extensively on questions of family problem-solving and decision-making. He served as a peer reviewer for the National Institute of Mental Health, and lectured at the Université de Genève (Geneva), Universidade de Lisboa (Lisbon), Uppsala University in Sweden and the London School of Economics.

Upon his retirement in 1999 he returned to his beloved Bay Area, settling in San Rafael, where he continued to publish, while enjoying easy access to good food, good wine, the opera, museums, and the natural splendor of the Bay. With Marilyn and his children and stepchildren he continued to travel to Hawaii, Europe, South Africa, Egypt, and Asia. Throughout his life, Irv remained committed to ideals of social justice, and to the belief that truth can only be approached through ongoing, rigorous questioning of ideas and evidence.

Irv leaves behind his wife, two daughters and five stepchildren; grandchildren James (Kim), Meghan (Hernan), Tantum and Charlotte; ten step-grandchildren and three great-grandchildren, his sister Gloria Norton and her children, Michael and Carol, grand nephews Jeff and Jason, and his dear friends David and Renée Ward. In death he chose to provide one further learning experience by donating his body to UCSF. The family is grateful to Kindred Home Health Care, and especially to Homer, Monica, and Jill, who cheered him on. We thank Willa, Sarah Jane, and others at Kindred at Home hospice care, and Imogene and Rommel of Errands Etc. 4 Elders for their tender care of this wonderful man.

He is sorely missed.

A memorial service will be scheduled for a future date. In lieu of flowers, donations to the Southern Poverty Law Center or the ACLU would honor Irv's convictions.
Published by San Francisco Chronicle from Oct. 11 to Oct. 12, 2017.
To plant trees in memory, please visit the Sympathy Store.
MEMORIAL EVENTS
To offer your sympathy during this difficult time, you can now have memorial trees planted in a National Forest in memory of your loved one.
MAKE A DONATION
MEMORIES & CONDOLENCES
3 Entries
Dr. Tallman was one of my professors at Washington State University. I only minored in sociology, but thoroughly enjoyed the class he taught on marriage and the family. Just read about his passing in the latest WSU alumni magazine earlier today. So sorry for your loss.
February 15, 2018
Marilyn and family,
We are thinking about you today as you prepare for Irv's service. He was such a kind and interesting person - we loved him and will miss him. Our love to all of you! Dana and Scott
Dana & Scott Larsen-Ramsay
January 2, 2018
Dear Marilyn and family, I am so very sorry to learn of Irv's passing. I remember him fondly from grad school at WSU and I am grateful that I had the chance to study with him. My most sincere condolences for his loss to you and the family. Nancy Greenwood
Nancy Greenwood
November 29, 2017
Showing 1 - 3 of 3 results