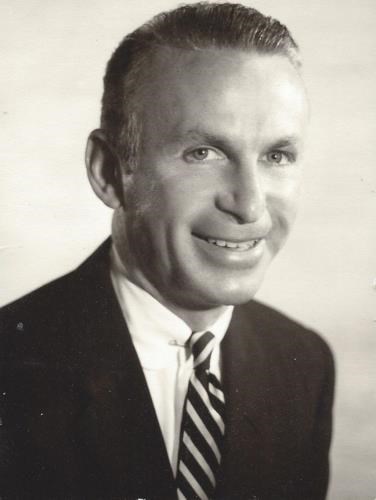 Dr. Wilson was born in Rock Hill, SC, on March 2, 1926. He was the second of four sons born to William Miller Wilson and Dorothy Gwynne Wilson.

At the age of twelve he moved with his family to Charleston, SC. In 1943 he entered the US Navy to be trained as a Naval Aviator in Florida. Because of improving war conditions, he was transferred in 1944 to the Navy College Training Program and attended the University of Miami, Coral Gables, FL until 1945. He was then sent to the University of South Carolina as part of the NROTC Program, receiving his commission as an Ensign in 1947 and, at the same time, was awarded a B.S. Degree in Chemistry.

Dr. Wilson received his Doctor of Medicine degree from the Medical College of South Carolina in Charleston, SC, in 1952, and was an intern at King's County Hospital in New York City until 1953, when he entered the Navy on active duty, for a second time, as a physician with the rank of Lieutenant, traveling the world for two years on ships of the Military Sea Transport Service.

He received his specialty training in Radiology at Stanford University Hospitals in San Francisco from 1955 – 1958, and then began private practice in Radiology in 1958 in Daly City, CA.

In 1986 he and three other radiologists formed the Daly City Imaging Center where he was a partner until his retirement in 1993.

Dr. Wilson was an avid skier, a sailing enthusiast, and a collector of fine automobiles, owning some seventy domestic and foreign cars during his life.

Dr. Wilson's remains will be inurned at a graveside service to be held at the Church of the Holy Cross in Stateburg, SC, and a simple memorial service will be held at Christ Church, Sausalito. Plans for both are still pending.

In lieu of flowers, it is requested that memorial donations be sent to the Church of St. Mary the Virgin, San Francisco, to Christ Church, Sausalito, or to a charity of one's choice.

Published by San Francisco Chronicle from Apr. 7 to Apr. 8, 2018.
To plant trees in memory, please visit the Sympathy Store.
MEMORIAL EVENTS
To offer your sympathy during this difficult time, you can now have memorial trees planted in a National Forest in memory of your loved one.
MAKE A DONATION
Please consider a donation as requested by the family.
MEMORIES & CONDOLENCES
1 Entry
When I lived and practiced Ophthalmology at the Westlake Medical Center in Daly City in the '70's, I found Gwynne to be so pleasant, friendly and professional. He kindly recommended I join the BMW Car Club of America after he saw that I had bought a "73 Bavaria. In 1979, I won a new BMW in the Club's annual car auction.
You can see Gwynne's delight in this picture of him, knowing that he was responsible for my good fortune.
I extend my heartfelt condolences to all of his other friends and family..
Rest in Peace, Gwynne.
Joel Porter, M.D.
April 8, 2018
Showing 1 - 1 of 1 results