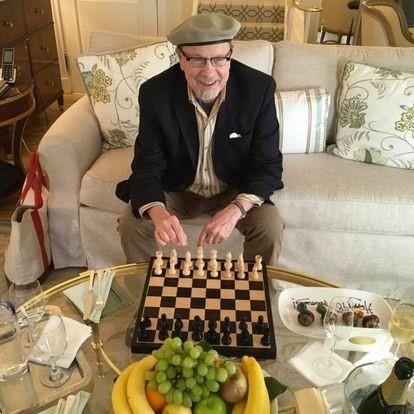 James Lewark, a resident of Palo Alto, CA, died February 11, 2021. He was born in Vandalia, Illinois on June 2, 1943. HIs parents were James, a geologist, and Louise Lewark. He lived in Menlo Park in the Allied Arts neighborhood from 1989 - 2016.
Jim attended Duke University, Louisiana State University in Baton Rouge and the University of New Orleans. Jim was a strong advocate for civil rights and was active in Durham, N.C., Baton Rouge, and New Orleans, LA. In 1962 he was jailed and held in solitary confinement for two weeks in Baton Rouge for refusing to move from the side of a courtroom reserved for black spectators.
Jim met his lifetime partner, Kathryn Warren, in 1971 in New Orleans at an anti-war protest. They married in 1972 and moved to New York City where they devoted themselves to left-wing, working-class politics for over fifteen years. Social justice remained a passion for Jim until his death.
The couple moved to San Francisco in 1985, eventually settling in Menlo Park, 25 miles south of the city. It was there that Jim began to cultivate and hybridize fuchsias. Over the ensuing years, Jim became a highly regarded fuchsia grower, hybridist, and lecturer in the Bay Area and beyond.
Jim worked in the printing trades in New York City, New Jersey, and San Francisco. He retired in 1993 to devote more energy to his fuchsia activities. He also continued to pursue his love of chess. He was a formidable player and had won the New Orleans City Championship in 1971.
Jim was afflicted by early-onset Alzheimer's but died of COVID pneumonia early in the morning of February 11, 2021 at age 77. He is survived by his wife Kathryn and his cat Magnus, both of Palo Alto, California..

Published by San Francisco Chronicle from May 9 to May 11, 2021.
To plant trees in memory, please visit the Sympathy Store.
MEMORIAL EVENTS
To offer your sympathy during this difficult time, you can now have memorial trees planted in a National Forest in memory of your loved one.
MAKE A DONATION
MEMORIES & CONDOLENCES
0 Entries
Be the first to post a memory or condolences.