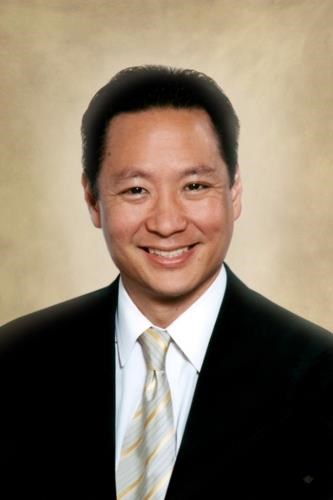 Jeff Adachi, a tireless advocate for equal justice, passed away suddenly on Feb. 22, 2019 at 59 years old. He was the elected public defender of San Francisco, a filmmaker and author, and a beloved husband, father, son, brother and friend.
Jeff was born Aug. 29, 1959. His parents and grandparents were among the nearly 120,000 Japanese Americans forced into internment camps during World War II. Learning of their ordeal would cement Jeff's lifelong commitment to due process and the right to counsel.
Jeff's advocacy for the accused bloomed as an undergraduate at UC Berkeley after joining a student movement to free Chol Soo Lee, a Korean immigrant wrongly convicted of murder. Jeff earned his bachelor's degree from UC Berkeley in 1981 and his Juris Doctor from UC Hastings in 1985. He was hired as a deputy public defender at the San Francisco Public Defender's Office in 1986 and served as the office's chief attorney from 1998 to 2001.
He was elected Public Defender of the City and County of San Francisco in 2002 and took office on Jan. 8, 2003 following two years in private practice. Under his strong leadership and fierce advocacy, the San Francisco Public Defender's Office became a national model of holistic defense. Jeff battled on the steps of City Hall for adequate funding, in Sacramento for laws favoring treatment over incarceration, and in court for the clients he personally represented. He tried more than 150 jury trials and handled more than 3,000 criminal matters in his career, including some of the Bay Area's highest profile cases. Today, more than 23,000 people each year rely on the office and the innovative services Jeff instituted. These programs include in-house social workers; expungement and reentry programs; and literacy, health and recreation opportunities for low-income youth. Specialized teams of attorneys devote their expertise to juvenile defense, education advocacy, immigration, mental health, bail, and pretrial release.
Jeff was an advocate for racial justice and a watchdog against police and prosecutorial misconduct. Surveillance footage he turned over to the press and public led to federal investigations and criminal convictions against law enforcement officers who brutalized or stole from citizens, conducted warrantless searches, or fabricated evidence.
He served on the board of numerous professional organizations over his career, including the American Bar Association's Standing Committee on Legal Aid and Indigent Defendants, the National Board of Trial Advocacy, the National Association of Criminal Defense Lawyers, the National Association for Public Defense, and the California Public Defenders Association. He is the co-author of Chapter 25: Immunity for Testimony, in California Criminal Law Procedure and Practice. He was a BAR/BRI bar review professor for more than two decades and published five books on passing the bar exam. He recently completed two additional manuscripts—his autobiography and a biography of San Francisco's first public defender, Frank Egan, who would later be convicted of murder.
Jeff garnered numerous local, state and national awards for outstanding public service, managerial excellence, prisoner reentry, youth advocacy, and transparency.
Jeff was an award-winning documentary filmmaker. He wrote, produced and directed The Slanted Screen, a 2006 film that explored stereotypes of Asian men in American cinema. In 2009, he directed You Don't Know Jack: The Jack Soo Story and in 2016 made the short film America Needs a Racial Facial. His 2017 film, Defender, focused on his defense of a young black man following a racially charged encounter with police and followed the work of the office's fledgling immigration unit. Ricochet, to be released later this year, chronicles the tragic death of Kate Steinle and the trial of the immigrant accused of her murder. In addition to his own creative projects, Jeff provided opportunities to other artists through his work with California Humanities the Center for Asian American Media.
He is survived by Mutsuko "Muki" Adachi, his wife of 21 years; his daughter Lauren Adachi, a freshman at Brown University in Providence; his parents Sam and Gladys Adachi of Sacramento; and his brother Stan Adachi of Long Beach. He is also remembered by thousands of legal professionals across the country who benefitted from his mentorship, encouragement, and training and who will continue his legacy in the fight for justice.
A public memorial will be held Monday, March 4 at 11 a.m. at San Francisco City Hall. The family desires that a fellowship in Jeff's name be created to aid deserving young law students and lawyers. In lieu of flowers, a tax-deductible donation payable to "AABA Law Foundation – Adachi" may be mailed to Prather Law Offices, 245 Fifth Street, Suite 103, San Francisco, CA 94103. Donations in Jeff's name may also be made to gofundme.com/jeff-adachi-legacy-fund.

Published by San Francisco Chronicle from Mar. 1 to Mar. 3, 2019.
MEMORIAL EVENTS
Mar
4
Memorial service
11:00a.m.
San Francisco City Hall
, CA
Funeral services provided by:
Duggan's Serra Mortuary
MAKE A DONATION
MEMORIES & CONDOLENCES
Sponsored by Duggan's Serra Mortuary.
16 Entries
We miss you Jeff. Rest In Peace. You will never be forgotten.
Glenn
Friend
April 20, 2021
I was fortunate to be your intern and work for you on your campaign for Public Defender. You taught me everything I know with the law, and more. I remember working with you when you were also in private practice and being in Court with you -- you NEVER lost a case. My mother and sister admired you -- my heart is broken that you left earth too soon.

Hugs to Muki and Lauren.

Just last night I was re-watching the film, "You Don't Know Jack." The DVD included an interview with Jeff, as the director. Naturally, I looked him up in IMDb, and was stunned and saddened to learn of his untimely passing. It seems that Jeff made many contributions to the world during his time here, but it was as a filmmaker that his life (and his work) touched mine.

My deepest condolences to his wife and daughter and family. God Bless.
Peter
August 15, 2019
Now we know most of his final chapter,
No one will get to find out what happens after,

It's now time to forever wish him farewell,
Time to rest & have peace & stay in his shell,
Here's to wishing grieving Muki & Lauren well.

DB & Family
D B
March 26, 2019
Your vigor was unmatched Jeff...I will forever be inspired
Annie Rogers
March 25, 2019
Jeff, you will always be one of my favorite hero's. If you were fortunate enough to work with Jeff Adachi or be in the courtroom for his cross examination or a closing argument you felt his passion and you would walk out of that courtroom feeling a jolt of awesome inspiration. When you shook his hand or stood next to him in an elevator you knew immediately that you were in the company of a man who was changing history one case at a time. I will keep your family in my prayers and I will continue to pray that the legacy that you worked so hard for will live on through your colleagues and they will continue to fight for injustice with the same bravery and integrity you always did. With much love & respect,
Rest in Paradise Jeff. Never forgotten
jm h
March 6, 2019
Jeff was more than a role model for trial attorneys. Jeff had a huge heart for anyone who asked for his help. He was one of the most giving people I've ever met.
Mordechai Pelta
March 4, 2019
Thank you Jeff, for teaching me and allowing me to become the attorney I am today by insisting on the best training, most zealous advocacy, and unrelenting dedication. I am so proud to have worked under you and I am proud of all of the fights you took on, the programs you created, like B-Magic, and the community outreach you did. I fear it will be too long before this community has another champion for justice to fight as hard and tirelessly as you did.
SWW
March 3, 2019
My deepest condolences to the family and friends of Jeff. When someone you. Love becomes a memory, the memory becomes a treasure that fills your heart with love and brings you joy. May you find comfort in Jesus promise of the hope of everlasting life at John 6:40.
VG
March 3, 2019
Jeff, you were an inspiration to so many; you benefitted not just your self, your family, your friends or even your clients but countless others and far outside of the city limits. Your work, and your words, inspired others to carry on your fight but never in your place. Rest easy; your work goes on.
Anon.
March 2, 2019
May Mr. Adachi now be in quiet & Rest In Peace. He lived big & died big, always his way. Take care Jeff...
Dr Bill
March 2, 2019
I am so sorry for your loss. May you receive strength and comfort from God. "He will make you firm, he will make you strong, he will firmly ground you." - 1Peter 5:10
March 2, 2019
Thank you for your service to this city and to all. Your hard work and loyalty will truly be missed. Your an asset that this city would be lost without. Thanks. Someone that noticed and appreciate all you do.
Team J adachi
March 2, 2019
Thank you for your service. Your work, effort, time, commitment to this city etc is not invane. Wish there were more like you that stands up bold and full heartdly believing and fighting for justice,peace etc have a safe journey home buddy. Say hello to all my love ones there in heaven. You can now rest your work is done. God has another angel
Team J adachi
March 2, 2019
Prays and sending healing thoughts to The Adachi family
G L
March 2, 2019
Showing 1 - 16 of 16 results