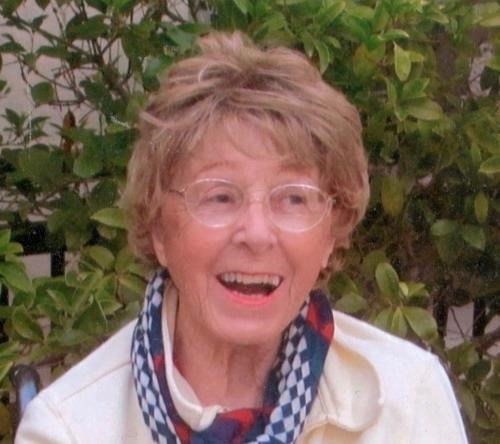 Johanna died in San Carlos surrounded by family. Born in Middelharnis, The Netherlands, Johanna lived through the German occupation of Holland during WWII. As a teenager she made several solo trips through the Dutch countryside, by bicycle, trading family valuables for food for the family. In 1955 she came to the U.S. for the summer, met her future husband William May in San Francisco, and lived for the next 62 years in the Bay Area. She is survived by her brother Gijs Buijze, her daughter Cindy and husband Rick, son Byron and wife Kris, son Mike and wife Kathy, and 4 grandchildren: Alexa, Jessica, Peter and Kelly. She will be greatly missed.
Donations can be made to the ALS Foundation or the Nature Conservancy. More: mikehere.com/mom
Published by San Francisco Chronicle from Jun. 10 to Jun. 11, 2017.
To plant trees in memory, please visit the Sympathy Store.
MEMORIAL EVENTS
To offer your sympathy during this difficult time, you can now have memorial trees planted in a National Forest in memory of your loved one.
MAKE A DONATION
MEMORIES & CONDOLENCES
1 Entry
It's with heavy hearts that we read about Johanna, a dear, dear friend and neighbor. So many memories over so many years. Her help and assistance when it was needed and her friendship will never be forgotten.
We send our sympathy and condolences to all of you,Cindy, Byron and Mike, you know how sad we must feel with this news. Words aren't enough.
Our best wishes for the future to all of you and your families.
With great fondness,
Sue, David, Mark and Kathy (Weingand) Dreyer
Sue and David Dreyer
June 11, 2017
Showing 1 - 1 of 1 results