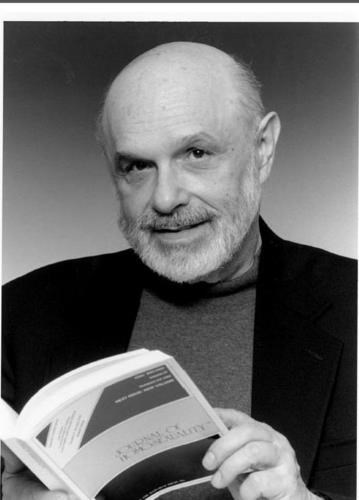 Dr. John Paul De Cecco, a professor emeritus of psychology at San Francisco State University and longtime scholar in the field of human sexuality, died at his home on November 2 at age 92.
A prodigious academic, John served as the editor-in-chief of the Journal of Homosexuality, a landmark international peer-reviewed scholarly journal, from 1975 until 2009. He published scores of books, scholarly articles and edited volumes throughout his 50-year career as a professor. He was widely respected as a pioneer and trailblazer in LGBTQ studies and he paved the way for many scholars to do important academic work. He served as mentor to many and had a lasting and profound influence both on individuals and the field.
Dr. De Cecco was the primary founder of SF State's sexuality studies program in the late 1970s and remained its director until 1997. He led an effort to add a human sexuality studies minor to the curriculum in the early 1980s and an LGBT studies minor in the early 1990s, and founded the extremely popular "Variations in Human Sexuality" course, which enrolled 700 to 800 students per semester. He taught the course until his retirement in 2003. He taught approximately 35,000 students over his career, and he was a mentor to several graduate students.
Also at SF State, Dr. De Cecco founded the Center for Homosexual Education, Evaluation & Research (CHEER) to serve as a research center for his U.S. government-funded research projects on discrimination of sexual minorities in addition to providing an editorial home for the Journal of Homosexuality. To broaden the scope of research activities and to be more inclusive in general, CHEER was transformed into the Center for Research and Education in Sexuality, which remained an active research center until his retirement.
John had a good and long life and enjoyed visits and meals with friends and colleagues. Many benefitted from his homemade Italian cuisine. John also enjoyed traveling abroad to Europe and was a voracious reader. Those who knew John can attest to his strong personality. He fought for what he believed in and did not flinch in situations in which conflict arose. He did not hesitate to speak his mind. At the same time, John enjoyed good humor and loved intrigue and good gossip.
John is survived by his brother, Robert (Bob), and sister-in-law, Mary Grace, of Erie, Pennsylvania. John's final resting place in San Francisco is at the Columbarium.
Charitable contributions in John's memory may be given to the GLBT Historical Society, 989 Market Street, Lower Level, San Francisco, CA 94103, Open House, 65 Laguna Street, San Francisco, CA 94102-6232, or San Francisco State University's Sexuality Studies Department, Attention: University Development, 1600 Holloway Avenue, ADM Bldg. 153, SF, CA 94132.