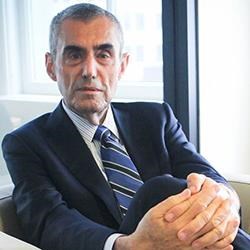 BORN
1951
DIED
2021
John Edward Durham Jr.
July 7, 1951 – November 16, 2021
John Durham, a foundational figure in the Northern California digital advertising community and a beloved marketing professor at the University of San Francisco for a quarter century, died on Tuesday November 16th at Sutter Health in San Francisco after a long illness. He was 70.
John was born in Memphis, Tennessee, on July 7, 1951, to John Edward Durham and Ruth Carleen Powers Durham (Clemmer). His family's early life was forever changed by the tragic and untimely death of his father in a construction accident when John was just 5 years old. John attended Westside High School in Memphis and was a member of both the French club and thespian society, offering early indications of the life of culture and travel he would later pursue. He later studied at Georgetown College (Kentucky) where he was a proud and committed member of Lambda Chi Alpha. He graduated in 1973 and is reported to have also studied political marketing at the University of Kentucky.
John is survived by his daughter Meredith Durham of New Orleans; his son John Edward Durham III ("Tripp"); his grandson Cameron Charles Durham; brother David "Mark" Durham of Plant City, Florida; half-sisters Laura "Kay" Clemmer of Arlington, Tennessee and Kimberly Suzanne Clemmer Gallegos of Key West, Florida. He was predeceased by his father in 1956; his mother in 1996; and his half-brother Kelly Scott Clemmer in 2013.
One of John's earliest roles in media was as general sales manager for WZXR radio in Memphis. From there he engaged in sports and event marketing in the Southeast before relocating to San Francisco in 1992 where he would find his life's work in both academia and the burgeoning world of digital advertising. John was recruited to lead advertising sales for MapQuest in 1995 before serving as Chief Revenue Officer for Winstar Interactive Media – one of the earliest digital representation firms - from 1997-2003. He served as president of Pericles Consulting, a digitally focused political marketing firm in 2003-2004. John served on the advertising agency side of the business as executive vice president of business development for Carat Fusion/Freestyle before returning to publishing as president of Jumpstart Automotive where he successfully led the company's sale to Hachette Filipacchi. In 2007 he cofounded Catalyst S+F, a groundbreaking marketing agency that he continued to lead at the time of his death.
Among other accolades, John received the Industry Achievement Award, a lifetime honor bestowed by ad:tech, a major industry conference and community. He was a founder and president of the San Francisco Bay Area Interactive Group (SFBIG) and also a founding member of The Seller Forum (formerly Seller Summit), which served as a gathering of top digital media sales leaders.
John began at the University of San Francisco in January 1994, teaching both graduate and undergraduate courses in marketing, consumer behavior and management. He was a member of the USF School of Management's Dean Circle and developed the School of Management's comprehensive marketing plan and remained an engaged and supportive member of the USF community until his death. He has helped launch and support the careers of hundreds of his students, many of whom served as interns at Catalyst S+F and his other companies.
John's passions included great wine and champagne (he was a sophisticated collector, with a particular passion for the House of Krug), the Arsenal Football Club (UK), international and domestic travel, Bay Area sports teams and the music of Annie Lennox. He maintained a network of thousands of colleagues and friends through his curated collection of "Durhamisms" – thought-provoking and inspirational ideas shared daily via Facebook, Twitter and e-mail.
Following a private cremation, a celebration of John's life is being planned for early 2022 in the San Francisco Bay Area. For more information on that gathering please visit https://sfbig.org/about_us/durham. Donations can be made in John's name to St. Jude Children's Research Hospital in Memphis. Special thanks go out to Dr. Geoffrey Quinn and Dr. Michael Verhille for their years of care for John and to Dr. Daniel Dutcher for special care in his final days. And of course, to the many nurses and staff members who were there always.
A sentiment that John passed along to the readers of his Durhamisms in 2015 is from the author Erma Bombeck: "When I stand before God at end of my life, I would hope that I would not have a single bit of talent left, and could say, 'I used everything you gave me.'"
Published by San Francisco Chronicle from Dec. 3 to Dec. 5, 2021.
To plant trees in memory, please visit the Sympathy Store.
MEMORIAL EVENTS
To offer your sympathy during this difficult time, you can now have memorial trees planted in a National Forest in memory of your loved one.
MAKE A DONATION
Please consider a donation as requested by the family.
MEMORIES & CONDOLENCES
1 Entry
I still have fond memories of my time with John at Georgetown College. He met me at the airport, drove me to the college and help me kick off my life for the next four years including Lambda Chi Alpha. I had to immerse myself in ever fleeting moment I shared with John´s as he was off to do several more projects all at one time and at all hours of the day. He was amazing, successful and extremely driven. Our thoughts are with his loved ones. Steve Wade
Stephen O. Wade
School
December 4, 2021
Showing 1 - 1 of 1 results