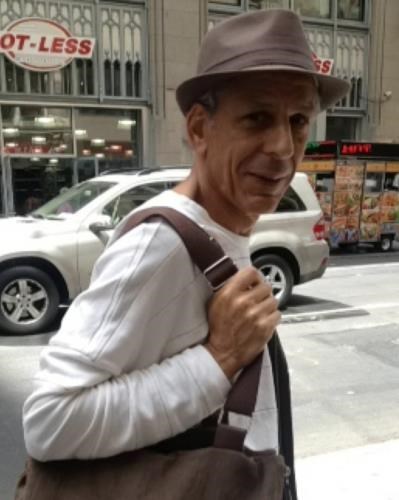 John Peter Grossmann of San Francisco, California, died on August 24, 2018. His family was with him. John was a serious man who delighted most in art, ideas and a very select and very lucky few people. He was a truly original person who led a meaningful and intentional life, and his influence continues to reverberate in the lives of those who knew him. John was the owner and principal of Grossmann Design Group (GDG), an architecture firm operating in the Bay Area since the 1980s that specialized in developing solutions to design and construction problems. GDG's clients included the Federal Government, the State of California, municipal governments and many private clients. Notable projects included the City of Pacifica's Community Center and Police Department, and historic renovations to the Golden Gate Bridge Welcome Center. Prior to founding his own firm, he worked at Wallace, Floyd, Ellenzweig, Moore, where he was the project architect on Disney World's Epcot Center in Orlando, Florida. John was an artist, and his mixed-media works adorn the homes of his family and his friends. John was an avid — and critical! — consumer of photography and books, and, somewhat surprisingly, a huge sports and country music fan. John got his B.A. in philosophy from UMass Boston and his master's in architecture from Harvard's Graduate School of Design. He owed his lifelong belief in working toward an end to war and for tolerance towards all people to his parents, Walter and Maria Grossmann, who were historians and librarians at Harvard University and members of the Society of Friends. John is survived by his wife, Mary, his two daughters, Heather and Laura, and his sisters, Carol and Barbara.
Published by San Francisco Chronicle from Dec. 19 to Dec. 20, 2018.
To plant trees in memory, please visit the Sympathy Store.
MEMORIAL EVENTS
To offer your sympathy during this difficult time, you can now have memorial trees planted in a National Forest in memory of your loved one.
MAKE A DONATION
MEMORIES & CONDOLENCES
3 Entries
Just now learning of John's death. I would love to be in touch withC Carol or Barbara. I can be reached through the Esalen Institute in Big Sur CA -- Gordon Wheeler
gordon wheeler
April 7, 2020
ANN Y SULLIVAN
April 16, 2019
My heartfelt condolences to the family. Always cherish the memories that you have and remember that God is always there for us like it tells us at 1Peter 5:6,7. I hope you continue to feel the love and support from your family and friends.
Bob V.
December 19, 2018
Showing 1 - 3 of 3 results