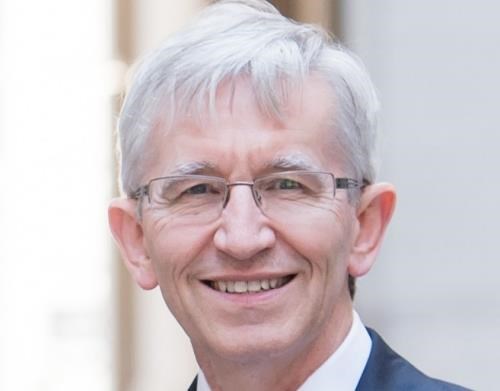 John was predeceased by his brother Vincent, his mother Mary Ann (née McNicholl), and his father Francis Maguire.

John's was the quintessential immigrant success story. Born in Cheltenham in 1952, John attended primary and secondary school in England before immigrating to the United States on the Queen Mary in 1967. The Maguire family settled in San Mateo, California where John excelled academically, graduating from Serra High School at the age of 16. He received a scholarship to attend the University of California, Berkeley, where he received his bachelor's degree in biochemistry (1973). Immediately thereafter, John matriculated at the Loyola University of Chicago, Illinois, where he went on to earn his Doctor of Dental Surgery degree (1977).

An entrepreneur at heart, John pioneered the large group multi-specialty dental office concept, providing impressive quality and efficient delivery systems of care. He was among the first dental health providers to implement digital technology, using early computer systems to improve service delivery and patient care at Fremont Dental Group, a firm he co-founded in 1979. He was a founding member of the Association of Managed Care Dentists, an organization devoted to quality and a common voice of the provider to insurance companies. John also founded the Morgan Hill Dental Group and was the Chairman of Adax, Inc.

In addition to his dentistry career, John worked as a Medical Scientist at Lawrence Berkeley National Laboratory and published over 30 scientific journal articles. He was a Director and Chief Financial Officer of the Oxygen Club of California, a non-profit scientific organization dedicated to enhancing education and promoting research in the field of oxidants, antioxidants, nutrition, micronutrients and free radicals in biology and medicine, with the goal of promoting human health.

In a brilliant third act, John stepped away from the daily practice of dentistry to attend the Mailman School of Public Health at Columbia University where he earned a Master of Public Health degree (MPH, 2005). Following the conferral of his MPH, John served as an Adjunct Research Professor at the University of Pittsburgh.

John's accomplishments in patient care and scientific discovery were matched by his loving devotion to his family and many friends across the globe. John was an avid traveler and forged lifelong friendships everywhere he went. John was the omnipresent center of his nuclear and extended family.

John wanted to personally thank Dr. Weiyun Ai, the entire UCSF Hematology and Oncology clinical team and the numerous blood and tissue donors. In lieu of flowers, the family encourages blood donations to your local blood bank, registration to BeTheMatch.org, or donations to support Dr. Ai's Lymphoma Research in memory of Dr. John Maguire. Donations can be made at https://makeagift.ucsf.edu/. You can direct your gift to a specific area and type in the designation, "Dr. Wei Ai Research Fund".

Published by San Francisco Chronicle from Jun. 5 to Jun. 8, 2021.
To plant trees in memory, please visit the Sympathy Store.
MEMORIAL EVENTS
To offer your sympathy during this difficult time, you can now have memorial trees planted in a National Forest in memory of your loved one.
MAKE A DONATION
MEMORIES & CONDOLENCES
6 Entries 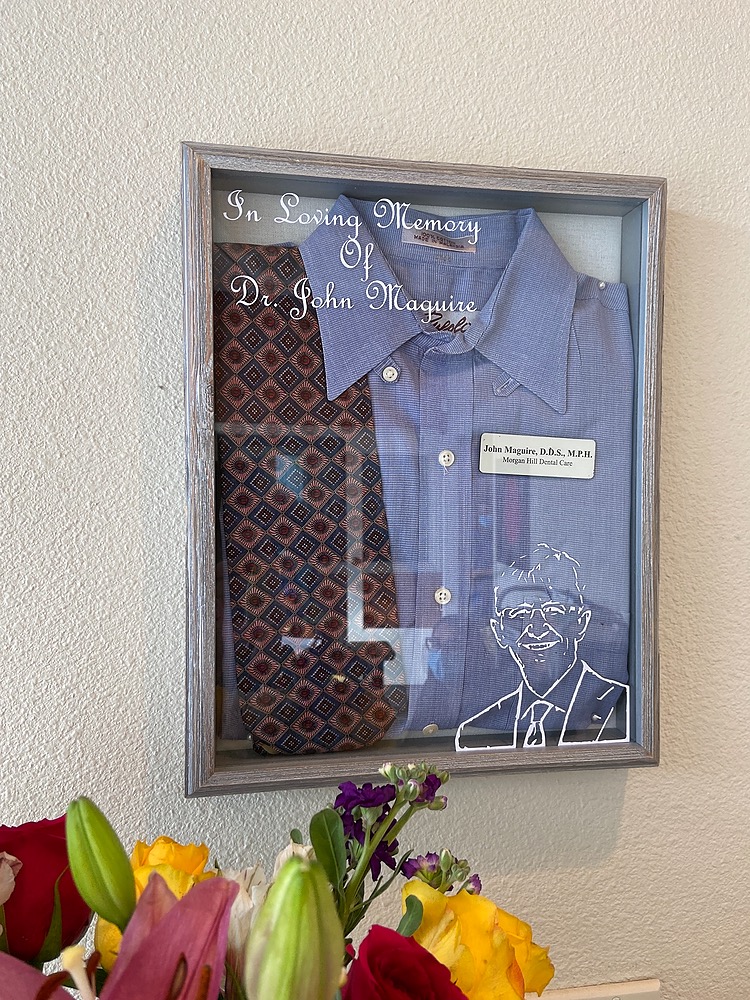 I am so sorry. I just found out when I came to the practice. I´ve known him since I was 17. He had just started dental practice. Brown hair and always wore clogs then. I´ll miss him and hearing about his adventures. This was hung up at the practice.
Germaine Miller
July 28, 2021
Oh dear! I am so sad. John was my dentist in Morgan Hill. But more than doing total upper implants , we had a PanAm connection. Both of our fathers worked for PanAm and we had the privilege of traveling the world as young people. He was a wonderful human being! I will miss his smile. He so loved his family! Janie
Janie Wharton Knopf
June 24, 2021
We were so sorry to see Dr. McGuire has died. He was our dentist for many years and he was always friendly, happy and efficient and he always had interesting stories to tell. We will miss him.
Roger and Christine Kuha
Acquaintance
June 10, 2021
He was one of the most gentle and kindest persons that I have ever known. It makes me very sad to know he is not with us now. God bless him and his.
Ray Petrin
Classmate
June 10, 2021
Very nice obit of John. I did not realize his work outside Dentistry and OCC etc. He was a very positive person. Strikingly outgoing and private, often wearing a smile. A dear person. I still can't figure out dentistry. Maybe I can.
Michael Packer
Friend
June 9, 2021
This is a lovely tribute to a great man. John was ageless. I actually never knew his exact age until now. For years he was a steady presence in my life, though his collaboration with the Oxyen club and his other scientific endeavors. I loved him as a friend and a dentist too! John was the only classy dentist with antique furniture.
John could be counted on in everything he did. He was loyal and dedicated in every facet of his life. To say he was hardworking would be an understatement. John had a quality of reserve and outspokenness that combined an extraordinary brain and most caring and humane person. He was a dignified and private man who cherished his family. To his family, I am sorry for your loss. May his memory be a blessing.
Annabeth
Friend
June 8, 2021
Showing 1 - 6 of 6 results