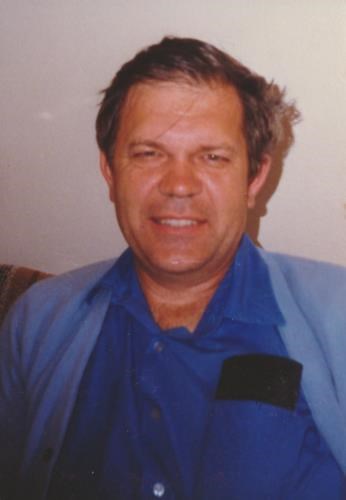 Johnnie Lee Brewer, 81, a former long-time resident of South San Francisco, CA, died Saturday, Dec. 12, at his home in Natchez, Louisiana. A memorial service to honor his life will be held at 2:00 p.m. Monday, December 21, 2020 at Blanchard-St. Denis Funeral Home in Natchitoches, LA. A graveside military funeral will take place at Sacramento Valley National Cemetery in Dixon, CA at a later date, to be determined.
John was born March 1, 1939 to John Lee and Lois Lamons Brewer in Konowa, Oklahoma. In the early 1940's his family moved to Colorado and he spent much of his childhood in Denver. He excelled in athletics and played baseball and threw the discus in high school. He graduated from South High School in Denver in 1957.
John attended University of Colorado Boulder for a year, then decided to enlist in the US Air Force. He was stationed for three years in France and operated flight simulators. He enjoyed it very much, because he had the opportunity to travel around Europe while he was there. He eagerly signed up for another 3 years, but then ended up being stationed in Duluth, Minnesota maintaining missiles, which he found was not nearly as fun. He attained the rank of Senior Airman (E-4) at the time of his discharge.
After completing military service, John attended Colorado State University in Fort Collins, where he earned a bachelor's degree in physics in 1968.
He met the love of his life, Donna Jean Murray in Fort Collins, CO about a month before they both graduated from Colorado State. They married 4 months later on August 31,1968 in Santa Rosa, CA.
Shortly after moving to California, John started working at San Francisco State University in the Audio-Visual department, where he repaired audio and video equipment. Later in his career he specialized in information technology and computer networking. He retired from SF State in 2004, after 36 years of employment.
After retirement, John and Donna moved from South San Francisco to Natchez, LA. John attended the First Presbyterian Church in Natchitoches. He was also a member of the Lions Club.
John had many hobbies. He enjoyed photography and videography. He also loved to read, travel, and study foreign languages. He was a talented chess player and a member of chess clubs and played in tournaments. He enjoyed comedy and loved telling humorous stories. After retirement, he also took painting classes and enjoyed writing.
John loved children, especially young children. He enjoyed doing magic and card tricks, and even performed at a few children's birthday parties. He also enjoyed sharing his love of science and math with children. He volunteered in his children's classes at Ponderosa Elementary School in South San Francisco, sharing math puzzles and games that he had created with the students. In his later years he also enjoyed playing Santa Claus at Christmas.
He was predeceased by his parents and granddaughter Amanda Catherine Rozman.
He is survived by his wife of 52 years, Donna of Natchez, LA, son John Murray Brewer of South San Francisco, CA; daughter Michelle Lee Rozman and her husband Ronald William Rozman of Vacaville, CA; granddaughter Julianne Lauren Rozman of Vacaville, CA; and his brother Raymond Brewer of Lakewood, CO.
In lieu of flowers please send donations to First Presbyterian Church, 114 Bienville, Natchitoches, LA 71457.