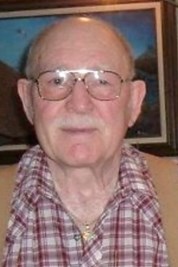 Joseph Andrew Paynter 79 of Redwood City, Calif. passed away on July 28, 2012 at the V. A. Hospital in Palo Alto, Calif. from Lung Cancer. Joe was born on January 8, 1933 in Kansas City Mo, and lived most of his life in Redwood City, Calif. He was married to Merri (Rusty) Paynter on December 8, 1965. From 1950 to 1953 Joe worked at the Kansas City Star Newspaper before enlisting in the United States Army. He served in the Korean War from 1953 to 1955. After being honorably discharged, Joe returned to the Kansas City Star. Joe then moved to California and started working for the San Francisco Chronicle in 1962 and retired in 1998. Joe was a member of the American Legion Post 105 of Redwood City and served twice as the Commander of the post. Joe also served as Commander & vice Commander at the district & state levels. Joe served as the Chef de Guerre for the Forty & Eight in 1984/1985. For many years on Tuesday & Thursday you would find Joe calling the numbers for bingo at the American Legion Post. Joe is survived by his wife of 47 years - Merri L. Paynter of the home, his 3 children Joseph A. Paynter Jr., Lori E. Paynter & Donna L. Paynter, their where about are unknown. Stepchildren Grace Gearheart & husband John of Arlington,Wa., Gerald Howatt & wife Connie of Granite Falls,Wa., Josephine Elskin, & Candace Marshall of Lynnwood, Wa. 2 brothers John Paynter of Albany, Ga., Charles Paynter of Kansas City, Mo., 5 sisters Mary Sidebottom & husband Milton of Versailles, Mo., Ellen Marie Wyatt of Independence, Mo., Barbara Threlkeld and husband Bill of Koshkonong, Mo., Susan Lorene Moore & husband Jim of Kansas City, Mo. & Mary Catherine Theis & husband Mark of Yuma, Az., many grandkids, nieces, nephews & cousins. Joe was preceded in death by his parents John & Cora Ellen (Crowder) Paynter, sister-in-law Billie Paynter, brother-in-law Bob Wyatt, one grandson & numerous aunts, uncles, cousins, nieces & nephews. Graveside services will be held 9am Saturday, August 4, 2012, at the Koshkonong Cemetery in Koshkonong, Mo. Within the coming weeks a memorial service will be held at the American Legion Post 105 in Redwood City, Calif. Arrangements are under the direction of the Clary Funeral Home of Thayer, Mo. In lieu of flowers please send a donation to the V.A. Hospital Palo Alto, Calif.
Published by San Francisco Chronicle from Aug. 3 to Aug. 5, 2012.
To plant trees in memory, please visit the Sympathy Store.
MEMORIAL EVENTS
To offer your sympathy during this difficult time, you can now have memorial trees planted in a National Forest in memory of your loved one.
MAKE A DONATION
MEMORIES & CONDOLENCES
16 Entries
May you rest in peace Joe. I will still remember the day I first met you and you told me that I would never be your daughter in law if I couldnt take being picked on. I knew then I would a member of your family. Love you
Juanita Paynter
July 31, 2013
I wish I had heard about this when it happened. I liked Joe and thought he was a great grandfather to my oldest daughter
February 20, 2013
I was fortunate enough to work with Joe at the Chronicle for the last couple of years before he retired. He was a very good foreman and took care of the people working for him. Kind, patient, soft-spoken yet firm in his communications. He was a very good man and he will be missed by anyone who took the time to talk to him and know him. His family should be extremely proud of him.
Robin E.
August 30, 2012
I met Joe back at the Chronicle as a fellow Supervisor. The world was a better place with him in it and He will be surely missed. God Bless You Joe!
Richard Segura
August 10, 2012
So long Joe God Bless
John Wilkins
August 8, 2012
To Joe's family, Joe was a very good man, I knew him as the night foreman at the Chronicle. He was a good person to know and work with. May you rest in Peace Joe and find comfort in knowing you touched a lot of lives.
Denise
August 7, 2012
Rest in peace Joe.
Guy Ross
August 7, 2012
Sorry to hear about Joe.. He was a good friend..
Robert Hodgkinson
August 7, 2012
My husband, Lenny, and I both have very fond memories of Joe from our years of working together at the Chronicle. He was my boss and I truly respected his judgment and the way he ran the room. He was a very, very kind man and I know that he is in a good place with God. R.I.P. Joe Paynter
Cathy Larson
August 7, 2012
I love u uncle Joe you were more like a grandfather to me. You will be missed but never forgotten.
Catherine Marie Trickey
August 7, 2012
joe was a great man and a wonderful boss He was my dads friend. And very nice to my mom when she started working in the trade. My parents both knew Joe for many yearsJust recently I tried to locate Joe Just to say Hi But no listing in the phone book God Bless you Joe Timberlee Johnson
August 6, 2012
I have known Joe since February 1978. We met on the night shift, at 5th & Mission, working for the SF Chronicle. One of my first memories of Joe, was while joking around, he picked up a 200lb roll of bottom wrap. He shared stories of being a POW for 2 years. He came early to work, and on Fridays often brought donuts.
David Lyon
August 5, 2012
I am so sorry to hear of Joe's death. He was a great man with many friends. May he be with GOD now.

Jim Mahon San Mateo California
August 5, 2012
My thoughts and prayers are with you in your time of grief. May your memories bring you comfort.
roy franchini
August 5, 2012
I met Joe as I started at the Chronicle through my father, who worked with Joe at the Kansas City Star and they both came out to San Francisco at the same time. Joe was a good friend and a good boss to work with.
Michael Graupner
August 4, 2012
I am grateful for the life of Mr. Paynter. Thanks to his service and to the service of others in our armed forces, my family and I have been able to lead our lives in freedom and peace.
Bob
August 4, 2012
Showing 1 - 16 of 16 results