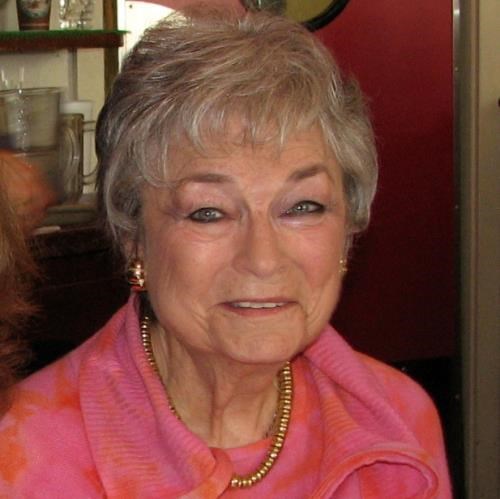 Judith Ferse Broude passed away peacefully on Tuesday, January 21st in Oakland. Born in Bochum, Germany in 1924, and raised in Israel, Judith met Samuel Broude shortly after arriving in the USA. Thus began their loving life partnership which lasted nearly 70 years. Once Samuel was ordained as a rabbi, Judith became the consummate rebbetzin--6 years at Fairmount Temple in Cleveland followed by 23 years at Temple Sinai in Oakland. In addition to her active participation in temple life, she was a docent at the Camron-Stanford House, and a Judah Magnes Museum board member. Judith loved classical music, and had a keen appreciation for Jewish-related art, rare books and manuscripts. She graced everyone with her spunk, humor, brilliance, beauty, and charm. Having been uprooted from Germany in her youth and in recent years facing declining health, she demonstrated remarkable strength, courage and resilience. Above all Judith was devoted to her family especially her husband, Samuel, and her adoring children, Micah (Janet), and Marla (Bernie Stein), all of whom will miss her dearly. "Omi" will forever be in the hearts of her grandchildren: Danielle Yokell (Abe), Allison Friedberg (Dave), Jacob Stein, and four great-grandchildren, Brooke and Brody Yokell, and Meghan and Zoe Friedberg. Heartfelt thanks to her devoted cardiologist of many years, Dr. Stephen Arnold, as well as her cherished caregivers. A memorial service will be held at Temple Sinai, 2808 Summit Street, Oakland, 94609 on Wednesday, January 29th at 7:30 p.m. Contributions may be made to Temple Sinai.

Published by San Francisco Chronicle from Jan. 24 to Jan. 27, 2020.
To plant trees in memory, please visit the Sympathy Store.
MEMORIAL EVENTS
Jan
29
Memorial service
7:30p.m.
Temple Sinai
2808 Summit Street, Oakland, CA
MAKE A DONATION
MEMORIES & CONDOLENCES
4 Entries
My condolences to the Braude family. Judith was a childhood friend of my mother (Ilse Schoenholz, nee Sternberg) in Bochum and they reconnected many years later in the Bay Area. My main contact with Judith (and Sam) came in 1995 in Bochum, where my brother and I, along with more than a hundred former Jewish residents of the city and/or family members were invited back for a week of remembrance. My brother and I were representing my mother, who had died the year before. I have fond memories of sitting with Judith one morning at the City Archives while she shared with me some of her childhood memories of my Mom. More generally, I greatly admired Judith's energy, positive attitude, and humor. As a "constructor" of crossword puzzles, another fond memory I have of Judith occurred a few years ago--I learned she was a crossword enthusiast when she tracked me down to let me know that she'd solved one of my puzzles in the New York Times.

I didn't know Judith very well, but my few interactions with her left quite an impression.

Again, my condolences on your loss.
Dan Schoenholz
January 30, 2020
I will miss my dear friend terribly
Margi Brill
January 27, 2020
I cherish every memory of Judith. This Proverbs verse was meant for her: She is more precious than rubies; nothing you desire can compare with her.
Jeremy Potash
Friend
January 25, 2020
Florence Helzel
January 25, 2020
Showing 1 - 4 of 4 results