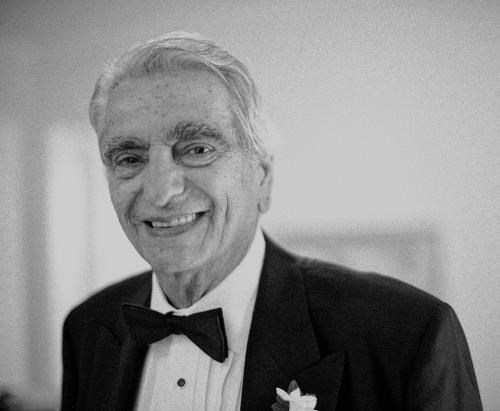 He shared a life full of joy and love with his devoted wife of 45 years, Majda, and their three children, Basil (Christina) Ayoub of San Francisco, CA, Mona (Ryan) Pine of Hillsborough, CA, and Hana Ayoub of Brooklyn, NY. As an adoring grandfather, nothing brought him more delight than his four grandchildren, Selma and Layla Pine, and Alexander and Analisa Ayoub.

In 1933 Kamel was born in the small village of Husn in northern Jordan as the youngest of 6 brothers and moved to San Francisco in 1954 in pursuit of greater opportunities. He received a Bachelor of Arts in International Relations with a Minor in Business from San Francisco State University and became a leader in the local Arab-American community by co-founding both the Arab Cultural Center and the Jordanian American Association.

Kamel started his career as an internal auditor at Schwabacher and Company, and then joined his uncle's manufacturing business. He went on to launch several successful entrepreneurial ventures, including Califashions, a military uniform manufacturing company in operation since 1970.

It was one of Kamel's greatest honors when His Majesty the Late King Hussein appointed him Honorary Consul General of the Hashemite Kingdom of Jordan in 1997 where he served for more than 20 years. Other accolades include his election to the board of ANERA (American Near East Refugee Aid) from 1996-2002, as well as the Mayor of San Francisco appointing him Chairman of the San Francisco-Amman Sister City Committee in 2010, where he successfully led the efforts to internationally recognize a long-term partnership between the cities.

His Majesty King Abdullah II of Jordan awarded Kamel the prestigious Independence Medal in 2006 to acknowledge his tenured and steadfast dedication to his homeland.

Kamel managed these great accomplishments with grace and ease. He was a man of high integrity and deeply enjoyed entertaining friends and family in his home as much as he did playing texas hold 'em poker or gardening tomatoes wearing a custom-made suit.

He will be remembered as a noble and passionate man who loved his family above all else, and was infinitely devoted to both his native country of Jordan and adopted home in the United States, especially the community of San Francisco.

Published by San Francisco Chronicle from Dec. 5 to Dec. 8, 2019.
To plant trees in memory, please visit the Sympathy Store.
MEMORIAL EVENTS
To offer your sympathy during this difficult time, you can now have memorial trees planted in a National Forest in memory of your loved one.
Funeral services provided by:
Duggan's Serra Mortuary
MAKE A DONATION
MEMORIES & CONDOLENCES
Sponsored by Duggan's Serra Mortuary.
0 Entries
Be the first to post a memory or condolences.