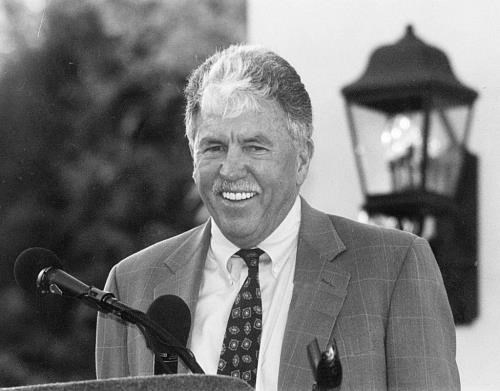 Ken grew up in Piedmont, CA, where he attended Piedmont High, playing football, basketball (his favorite) and baseball. His '51 Varsity basketball team became league champions and he was named as an All-County guard.

After high school, Ken briefly attended College of the Pacific in Stockton (now UOP) before serving in the Coast Guard in Morro Bay, where he toured the Pacific and played basketball for the Guardsmen up and down the coast. He then attended the University of California at Berkeley, graduating with a degree in Business Administration in 1959.

From 1962-1978 he worked in the investment business in San Francisco for various firms including ISI, Bear Stearns and Kuhn Loeb. An entrepreneur at heart, Ken founded Otis Spunkmeyer's Olde Tyme Cookies (and Burritos) in 1976 with the help of friends and family. As the company grew and transitioned from retail stores to wholesale distribution, the name was shortened to Otis Spunkmeyer, Inc. The cookie business expanded into a global brand and the company became vertically integrated to include coffee and muffins, a limousine and jet charter business, DC-3 sky tours, metal fabrication, and plastic design and production.

Ken never took his successes for granted and was committed to "giving back" as an enthusiastic philanthropist. His generous support extended to a wide variety of institutions that reflected his many passions. This included athletic fields throughout the East Bay, athletics and education at Cal, animal rescue, educational and counseling scholarships, and the arts. His proudest contributions were those of his own design: The Otis Spunkmeyer Student Motivational Program and the Lois Blair Rawlings Foundation Educational Inspiration Award.

Over the years Ken's great love of basketball had him playing weekly "pick-up" games on the local courts in Piedmont and Oakland. He was a regular at "Cal" basketball games, Warriors, Giants, A's, Raiders and 49ers games, and he relished socializing with his high school basketball teammates and coach.

He also enjoyed his various clubs and affiliations. Even though his golf swing left a lot to be desired, he always had fun at the Claremont Country Club, Olympic Club, Tehama Golf Club, Pebble Beach & Tennis Club and Stock Farm. He also loved spending time with the Piedmont High School Boosters Club, at Villa Taverna, The Bohemian Club, The Bankers Club, 100 Club and Muenter's Boys, as well as the simple pleasure of watching the sun rise, coffee in hand, over Bethel Island before a day of waterskiing with the kids.

A Celebration of Life will be held on Friday, June 9th at 11am at the Binks Rawlings Gym, 800 Magnolia Ave., Piedmont CA. In lieu of flowers, memorial donations may be made to your local chapter of Big Brothers/Big Sisters.
Published by San Francisco Chronicle from Jun. 3 to Jun. 4, 2017.
To plant trees in memory, please visit the Sympathy Store.
MEMORIAL EVENTS
Jun
9
Celebration of Life
11:00a.m.
Binks Rawlings Gym
800 Magnolia Ave, Piedmont, CA
MAKE A DONATION
MEMORIES & CONDOLENCES
9 Entries
High Tide, Low Tide, Ebb Tide . . . Ken had a lot of houses in Carmel . . . We shared a window washer named Big Al, who is now washing windows for God and at Ken's little cookie shop in heaven . . .
Clarence Spangle
Other
October 16, 2021
I just found out about "Ken Rawlings"... I worked for Otis Spunmeyer Inc. in 1994 as an HR Clerk and I recall the days of him comining into the office asking the the two Steve's and other VP's what time are we playing ball in the company Gym. Kim would show up for work as needed and It was always a pleaseure to see the father daughter interaction. I most say that Ken was a very giving man...he would allow empoyees to take the airplane tours and spend the weekend at his Carmel property. His legeacy will forever impact my life and love for fresh baked cookies, muffins and fresh brewed coffee. God Bless All of you!
Tammy Hodge
February 15, 2019
I just found out about Kenneth and want to send my condolences to the family. I will never forget him sending my husband and I to one of his ocean front properties called High Tide. When I was there I felt like I was in heaven. I was just one of his muffin makers and couldn't believe he allowed us to stay in his beautiful house by the sea. It was one of my most memorable trips ever!
Leslie Lawler
January 21, 2019
Ken was one of a kind in the best way, a very kind and caring man who lived and loved life to the fullest and never forgot anyone. May he truly rest in peace. Condolences to his family.
Barbara West
June 19, 2017
I was filled with sadness when I heard of Bebe's passing today. I want to send all my love to his beautiful daughters, Kim,Casey,
Lindsey and Logan and Susan too, who he was so fond of. If you knew Bebe Rawlings you were a lucky person, because he was a giant of a man in every way. He loved people, and he loved helping them.
I was more than honored to be his caterer for 25 years. When the party was over he would hand me a blank check with only his signature on it and he would say, "Mike you fill in the amount" He was my all time #1 client, He would always put a big tip on the bill for everyone that worked.
He was passionate about education, sports, and living life to the fullest.
He had a great sense of humor, he loved throwing parties,and entertaining people in his home, He would often loan his home out to various local groups and civic organizations especially anything to do with Piedmont or The Piedmont school system. He Loved his hometown, everyone called him Mr. Piedmont. He always gave back. and was Philanthropic to so many causes. I admired him so much. I adored his family and all his friends. God Bless you Bebe, You were a real one of a kind
Guy, and my life is so much better off for knowing you. You really showed everybody what living a great life is all about, and you will be so missed by everyone that knew you.
Thanks for the memories!
Mike Kirk
mike kirk
June 10, 2017
I was just thinking about Bebe today, I called my friend Chris O Connor to ask how he was doing, and Chris
told me the sad news of his passing. It made me so sad. I send all my love to his beautiful four daughters
who he was just crazy about. I met Bebe when he called me to cater a dinner party in his beautiful new home on seaview. We became instant friends. He also became my favorite client of all time. Bebe Rawlings was an absolute giant of a man, in every way. He was so humble, and so generous, he would hand me a blank check
at the end of a party with only his signature on it, and say mike you fill it in. I felt blessed to be part of their family events. He would always update me on what his four girls were doing, he loved his daughters so much!
It's no secret he was adored by everyone who new him, he was always so hip he always new what was going on.
mike kirk
Friend
June 9, 2017 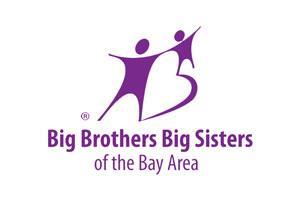 We're so saddened to hear of Mr. Rawlings' passing. After a long life, well lived, he leaves behind many he impacted in positive ways large and small. Our heartfelt condolences to the Rawlings family. Any donations made in Mr. Rawlings honor will continue his legacy to enrich the lives of at-risk children and the community as a whole. Sincerely, -The Team at Big Brothers Big Sisters of the Bay Area
June 9, 2017
Very sorry to hear of Kenneth Rawlings passing. Having had the privilege of working for him during the Otis Spunkmeyer years, I want to thank his family for sharing him with us. I know it will be difficult for the family for some time, but
try to remember the things he taught us and opportunities he gave us. Sincerely
Kenneth Lind
Kenneth Lind
June 8, 2017
My heartfelt sympathies to the entire Rawlings family. I will remember the sweet soul behind the twinkling eye <3
Janine Aurichio
June 8, 2017
Showing 1 - 9 of 9 results