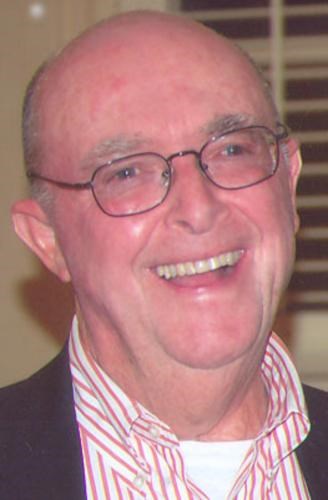 Dr. Kent Walker Barber Jr.Dr. Kent Walker Barber Jr., a respected surgeon and beloved family man, died on August 7th 2015 in Denver, CO, due to complications related to his battle with Parkinson's disease. He was 85.
Kent is survived by his loving wife of 48 years, Susan; children, Willa Barber Johnson, Hugh James Barber, Elizabeth Moynihan (Tim), Kent W. Barber, Ill "Tersh" (Chappell) and Sarah-Bolling Wilson (Jason); grandchildren, Ella-Bolling, Riley, Clair, Virginia, Maya, Michael, Costin, Scarlett and Sasha; his sisters, Anne-Bolling Welles, Suzanne Grousbeck (Irv); his brother Alexander Barber (Marcia) and many generations of extended family, all of whom miss him dearly.
Kent grew up in Quincy, Ill, the son of Dr. Kent W. Barber and Ella-Bolling James. He ventured East to Williams College in Williamstown, MA, to McGill University in Montreal for medical school and then to the Mayo Clinic in Rochester, MN. He ultimately settled and raised his family in San Francisco but he was always a country boy at heart.
His love of the outdoors was found in his dedication to duck hunting in the Sacramento Delta, fly fishing in the Sierras and with his brother in Colorado. He was a keen athlete and was devoted to his family, teaching his children to ride bikes, ski, play lacrosse, clean a duck, play soccer and most importantly, tell silly jokes. His sense of humor and love for his family was a gift.
Kent's medical specialty was general surgery and he spent most of his career at Franklin Medical Center (now Davies Campus) and St. Luke's Hospital in San Francisco. There he managed a private and industrial practice with a diverse group of patients, from local sports athletes Willie McCovey, Willie Mays and Dave Kingman, to employees of Bethlehem Steel and Schlage Lock, to multiple generations of local Mission District families. He was truly a patient's doctor in the era before HMOs, treating everything from fevers to broken bones, performing appendectomies and treating gunshot wounds on Saturday nights in the Emergency Room. He would regularly make weekend rounds to check on his patients, often with his children in tow, providing a rewarding experience for both his kids and patients alike. Kent also served in numerous capacities for St. Luke's Hospital, including Chief of Surgery. After he retired from medical practice, Kent became the Medical Director for the Health Plan of San Mateo, a local non-profit health care plan offering health coverage to the under-insured population.
Kent was devoted to his church, The Episcopal Church of St. Mary the Virgin in San Francisco. He served on the Vestry twice and ushered every Sunday, except when there was 49er game at Candlestick Park!
We'll all miss Kent's smile, his silly sayings and his appreciation of good food and wine. We will carry in our hearts his love and value of family and friends. See you later alligator!
In lieu of flowers, please consider a donation in Kent's name to St. Mary the Virgin Church: www.smvsf.org or CPMC Foundation/St. Luke's: www.cpmc.org/giving
There will be a celebration of Kent's life on Saturday, October 3rd at 2pm at St. Mary the Virgin Church at Union and Steiner Streets.
Published by San Francisco Chronicle from Sep. 2 to Sep. 6, 2015.
To plant trees in memory, please visit our Sympathy Store.
MEMORIAL EVENTS
Oct
3
Celebration of Life
2:00p.m.
St. Mary the Virgin Church
Union and Steiner Streets, CA
MAKE A DONATION
MEMORIES & CONDOLENCES
7 Entries
Loved the smile and wine he shared with the world.
October 16, 2015
Kent's passing is a great loss to so many. He was fun, outgoing, smart, caring and the best family man. I will never forget all the great times we had at our house in Lafayette with all the kiddos.
I hope to see you soon, Broms. So sorry I couldn't get to the service but I was out of town. I'll look forward to getting together soon = maybe with Chawks too.
Love you!!
Bonnie Noble
October 15, 2015
Dear Susan and family,

We remember standing on the sidelines watching a Williams lacrosse game with Kent. Many years ago.
We learned so much about Kent from his obituary.Lynda sent it to me. I wish we had had more time together. He was a wonderful man.
Ben is living on Collins St and loves SF.
We will see you on one of our trips to SF.
Hugs to all.
Judy Anderson
Judy Anderson
October 14, 2015
My deepest sympathy to the entire Barber family for the loss of such a great man. I worked with Kent at the Health Plan of San Mateo. He was a joy to work with-so kind and caring to everyone with a great sense of humor. My favorite memory of his caring and compassion was when he was beyond kind enough to go with my son to his 2nd grade Grandparents day at school so he would not be the only child without a grandparent there. I will miss him very much. Heaven has another wonderful angel now.
Bonnie Holland
September 14, 2015
Dear Mrs. Barber, Willa, Hough, Elizabeth, Tersh & Sarah,

I am truly sorry to hear of your beloved dad's passing. He was always so welcoming to me (as you all were) to your incredibly warm and lively home on Commonwealth Street. I remember many family dinners with many of you that included great food and wine, and lots of laughs- Dr. Barber of course at the helm! My deepest sympathies go out to all of you in this sad time.

Amy (Wyler) Barboro
Amy Barboro
September 7, 2015
A stalwart at St. Mary's, it was a comfort always to see Kent and Susan there. Kent showed an interest in the things that interested the people around him, a true skill - and a gift - to anyone who sat and talked with him. I always admired and appreciated Kent, and I am sad to say goodbye...
Kat Anderson
September 7, 2015
Kent's humor, generosity, magnanimity, and interest in every individual.
Sandy Stadtfeld
September 3, 2015
Showing 1 - 7 of 7 results