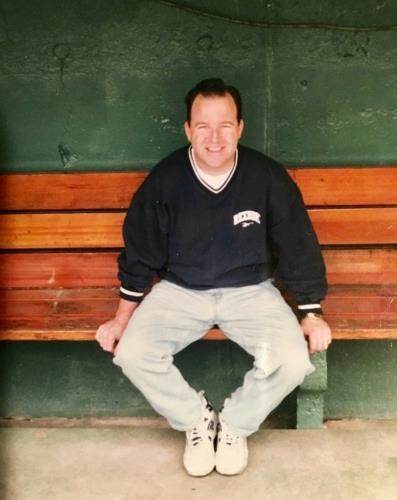 Kevin was born in San Francisco, CA, the fourth generation of his family, on February 17, 1965, and lived most of his life in Walnut Creek, CA. He graduated from De La Salle High School in Concord, CA in 1983 and continued on to get his degree from San Diego State University.

He later became partner at The Student Source Staffing Agency where he worked for fifteen years until symptoms from Huntingtons disease made it impossible for him to carry on doing the work he loved.

Kevin was passionate about golf and the Oakland Raiders. In 2008, he organized the Mason-McDuffie Mortgage Invitational Golf Tournament to help raise funds for Huntingtons research. Thousands of dollars were donated to the cause.

He is survived by his two children, Collin and Kendall. His father Jack, brothers Greg (Sherri) and Brian (Matthew), nieces Stephanie and Syrena, great Nephew, Colton. Aunt Carolyn and cousins Danny and Matthew.

Kevin is preceded in death by his mother, Gail, Grandparents Aileen and Ed Harrington, Palmyra and Victor Berti. Uncle Ed and Cousin Joelle.

Much appreciation to Quincy, Jalicia and Nalani for taking such good care of Kevin.

In lieu of flowers, donations can be made in honor of his generous and loving spirit to the Northern California Chapter of the Huntingtons Disease Society of America, PO Box 161238 Sacramento, CA 95816-9998 or online: http://northernca.hdsa.org/about/hdsa-northern-california