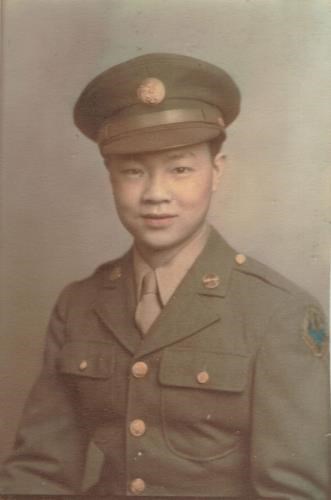 BORN
1925
DIED
2021
Larry Jew, MD
April 7, 1925 - September 17, 2021
Larry Jew passed away peacefully on September 17, 2021 at the age of 96 in San Francisco, California where he was born and raised. Born on April 7, 1925 to his father Chee Jew and mother Lum Shee, he was the oldest brother among his siblings, Jack, Merrill, and Peter. He also had half-siblings: George, Dorothy, Mary, Henry and Petrius.
He went to Chinese school before he went to Jean Parker Elementary where he had to learn his ABCs quickly because he didn't know a word of English. Next was Marina Junior High and then Galileo High School. During his senior year Pearl Harbor occurred, he was drafted into the U.S. Army. Because of his bilingual knowledge, he became an interpreter in the intelligence services based out of Fort Snelling, Minnesota. He served in Indo-China and then in Shanghai. He was honorably discharged in May 1946.
Post-war, Larry had to go to CCSF to make up his high school credits before going on to University of California, Berkeley for his undergraduate degree in Biological Sciences and then to Stanford University School of Medicine for his doctorate in Medicine. Finally in 1951, he arrived at San Francisco General Hospital for his internship and then residencies at San Joaquin General Hospital and San Mateo General Hospital followed. The lure of his hometown was too strong and he decided to hang his shingle with brother Jack in 1957 where he served the Chinatown community until 2014. He would become Chief of Medical Staff at Chinese Hospital (1975-1976) and worked hard to change and update the bylaws and how hospital business would be conducted. As for the practice, it is still operating today and presided by his son, Nicholas who joined the practice in 1994.
While at medical school in the winter of 1953, Larry met a young undergraduate from UC Berkeley on a blind date. At the end of the date, he asked if he could see her again. May said to call her next year since she was returning to Stockton for the winter break. He thought it was a brush off. Luckily, May had a happenstance meeting with Jack and was told that Larry was at San Joaquin General Hospital for his internship! So she called him and the rest is history. They were wed on June 17, 1956.
Larry enjoyed spending time reading about history, literature and art in both English and Chinese languages. He also loved a good game of chess passing along his strategy books to his grandchildren. He also was a passionate fan of all the Bay Area teams; 49ers, Giants and Warriors. And in recent years, he loved karaoke singing with his family and friends.
Larry considered his major accomplishment in life is having raised and provided for his loving family. Together with his devoted wife May, they have three sons who are also successful in their careers, and seven doting grandchildren.
Larry is survived by his wife, May, his children Jonathan (Rhonda), Nicholas (Valerie), Matthew (Emily); grandchildren Katrina, Ryan, Rexford, Nathaniel, Marina and Sierra; and his brother Petrius.
Larry was predeceased by his parents, his siblings Jack, Merrill and Peter, his half siblings George, Dorothy, Mary, Henry and his grandson Alexander.
In lieu of flowers, the family suggests charitable donations can be made to Chinese Hospital Auxiliary, 845 Jackson Street, San Francisco, CA 94133, Chinese for Affirmative Action, 17 Walter U Lum Place, San Francisco, CA 94108, or Cameron House, 920 Sacramento Street, San Francisco, CA 94108.
There will be a Celebration of Life event for Larry Jew on a future date, hopefully in 2022 after the pandemic. 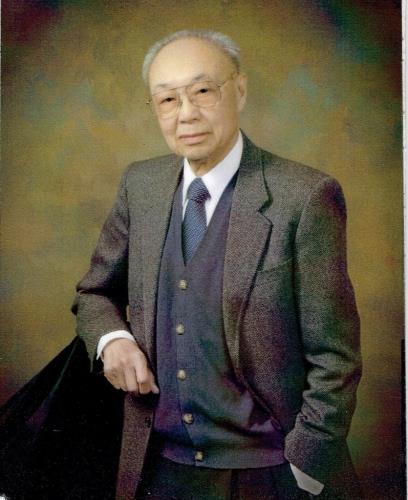 Published by San Francisco Chronicle from Sep. 24 to Sep. 28, 2021.
To plant trees in memory, please visit the Sympathy Store.
MEMORIAL EVENTS
To offer your sympathy during this difficult time, you can now have memorial trees planted in a National Forest in memory of your loved one.
MAKE A DONATION
MEMORIES & CONDOLENCES
2 Entries
What a beautiful life! Grateful to Larry for having had such a rich, purposeful existence. He has clearly left this world a better place.
Karen Park
Work
September 27, 2021
Dr. Jew, Thank you for your service to the community and the people of the United States. RIP Sir.
Stranger
September 24, 2021
Showing 1 - 2 of 2 results