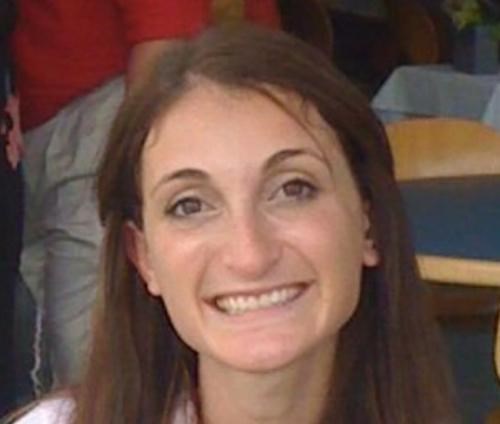 Beloved daughter, sister, and friend, passed away unexpectedly on September 21, 2015 in Chicago. After a night shift in the emergency room, she left work, took a nap, and never woke up.

Born on December 5, 1984 at Stanford Hospital, Leah spent the first nine years of her life in the Santa Cruz Mountains. After moving with her family to San Martin, she attended Presentation High School and then Mt. Holyoke College in western Massachusetts. After graduating, she received a Masters Degree from Columbia University and her D.O. from the Lake Erie College of Osteopathic Medicine. She was in the final year of her residency at the University of Illinois, pursuing her passion for medicine, when she passed away.

Leah will be remembered for the light that she shone into the lives of everyone she touched. But the light that burns twice as bright burns half as long. And Leah's light burned very, very brightly. Leah is survived by her father, her mother, her brother, her sister, many other family members, her boyfriend, and many friends who loved her dearly. She will be deeply missed.

A funeral service will be held 2:30 pm Sunday, September 27 at Los Gatos Memorial Park, just a few miles from the Santa Cruz Mountains where Leah grew up.

In lieu of flowers, the family requests that donations be made to the Leah Anne Davis Emergency Medicine Memorial fund at the University of Illinois (312-996-8622), which will further the medical causes to which Leah intended to dedicate her life.

Published by San Francisco Chronicle from Sep. 26 to Sep. 27, 2015.
To plant trees in memory, please visit the Sympathy Store.
MEMORIAL EVENTS
Sep
27
Funeral service
2:30p.m.
Los Gatos Memorial Park
CA
Funeral services provided by:
Sinai Memorial Chapel Chevra Kadisha
MAKE A DONATION
MEMORIES & CONDOLENCES
Sponsored by Sinai Memorial Chapel Chevra Kadisha.
24 Entries
You left us 6 years ago as of tomorrow. The grandbabies have made life sweeter but I still miss you and cry for you every day.
Wendy Davis
Family
September 20, 2021
I went to mount holyoke with Leah and spent a lot of time with her during college. She crosses my mind all the time, especially when listening to old school country music which she introduced me to. I always think of her smile and energy, what a wonderful woman. I love you, Leah ❤
Jacqueline anglin
Friend
June 4, 2021 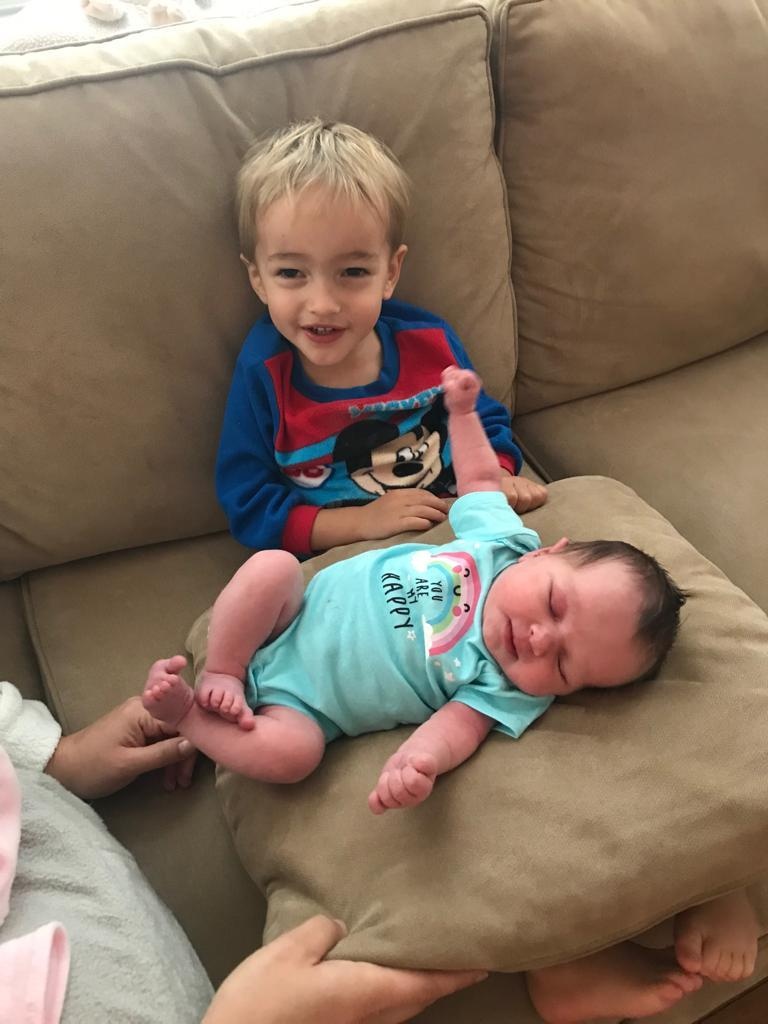 Every day I think about you, and how I looked forward to seeing your life unfold. I cry for you every day, literally every day. The beautiful single white feathers that appear, seemingly from nowhere, are always a great comfort. I miss you terribly.
Wendy Davis
September 20, 2019
Wendy, Howard, Ethan and Joscelin,

We haven't been in touch for numerous years now but I was saddened none the less when I learned of Leah's passing this evening. I was told it was the most touching,emotion filled and amazing tribute to another human being ever attended. I can't even begin to imagine what you must be going through. My heart goes out to you all.
Nikkii van Steenwyk

I so wish I had a current contact # for you
Nikkii Van Steenwyk
April 10, 2016
You are missed every moment of everyday. Always and Forever my dearest friend.
Merrissa Bentley
December 15, 2015
Yesterday, Dec 5th, would have been your 31st birthday. People baked birthday cakes in your honor, the Residents in your program sent us two gorgeous floral arrangements, and Ethan, Patty, Heather and Merrisa put flowers on your grave. They facetimed Jossi and me and we all said Kaddish for you and sang "Happy Birthday." We miss you so very much...
Wendy Davis
December 6, 2015
So sad to hear about your loss. May God help you during this difficult time. She touched so many lives and lived to serve others. She will always be lovingly remembered.
Shelly Gill
December 5, 2015
I miss you more and more with each passing day, baby. I loved you so, so much...
Wendy Davis
October 24, 2015
I worked with Leah several times in the ER. She was always kind, welcoming and a pleasure to be around. I miss her dearly. I am so sorry for your loss.
October 23, 2015 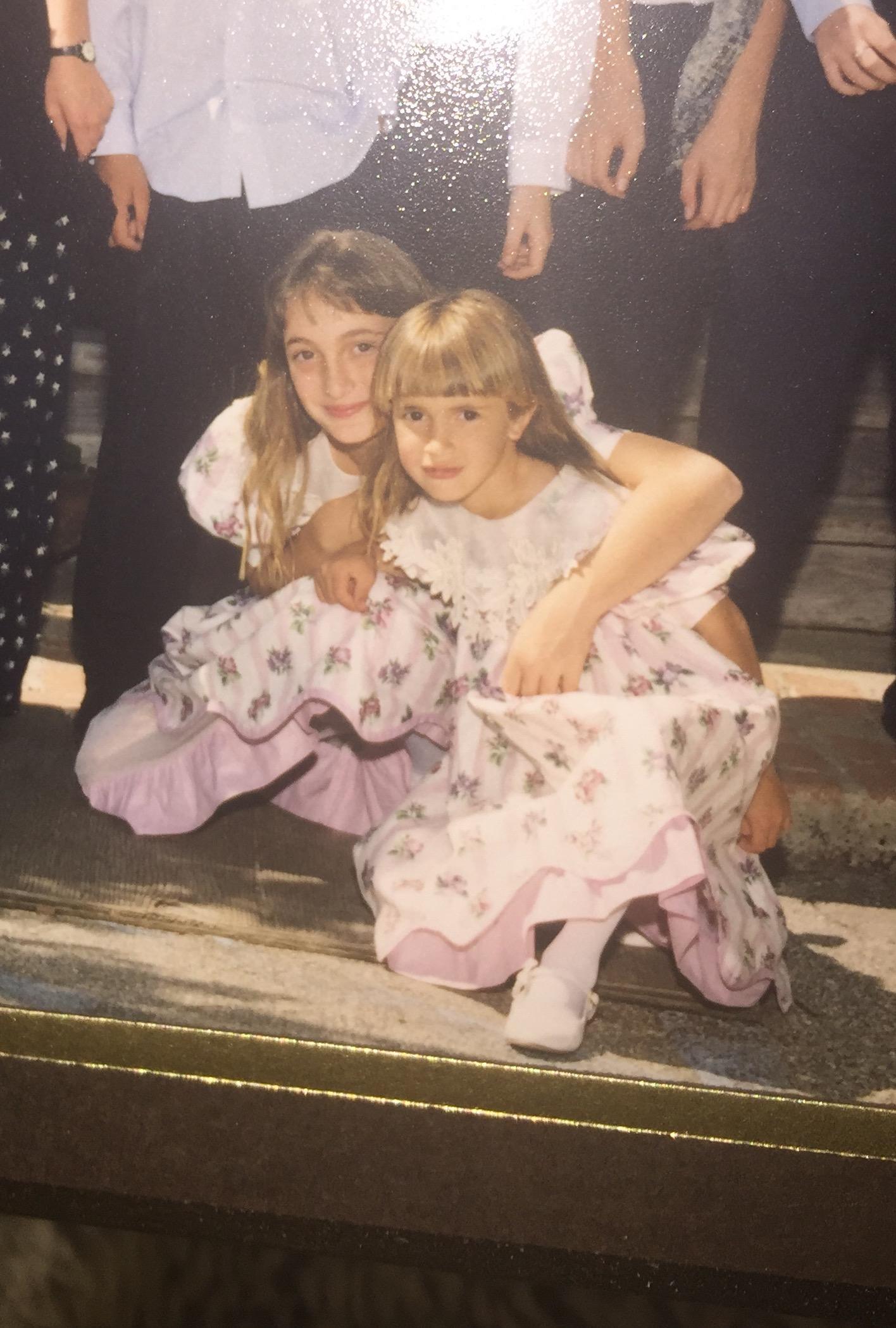 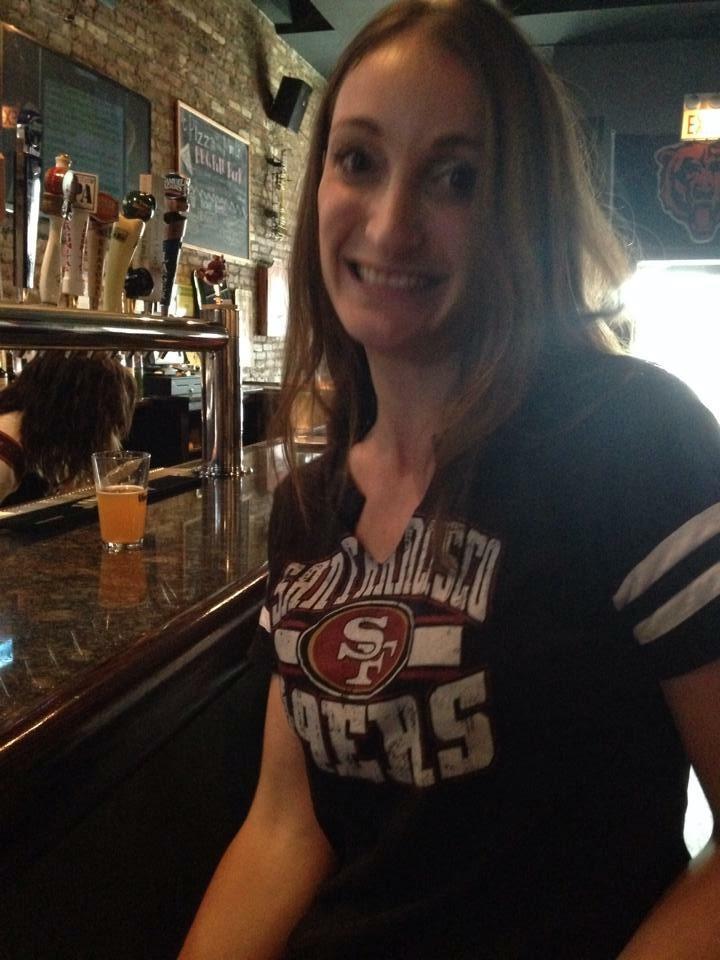 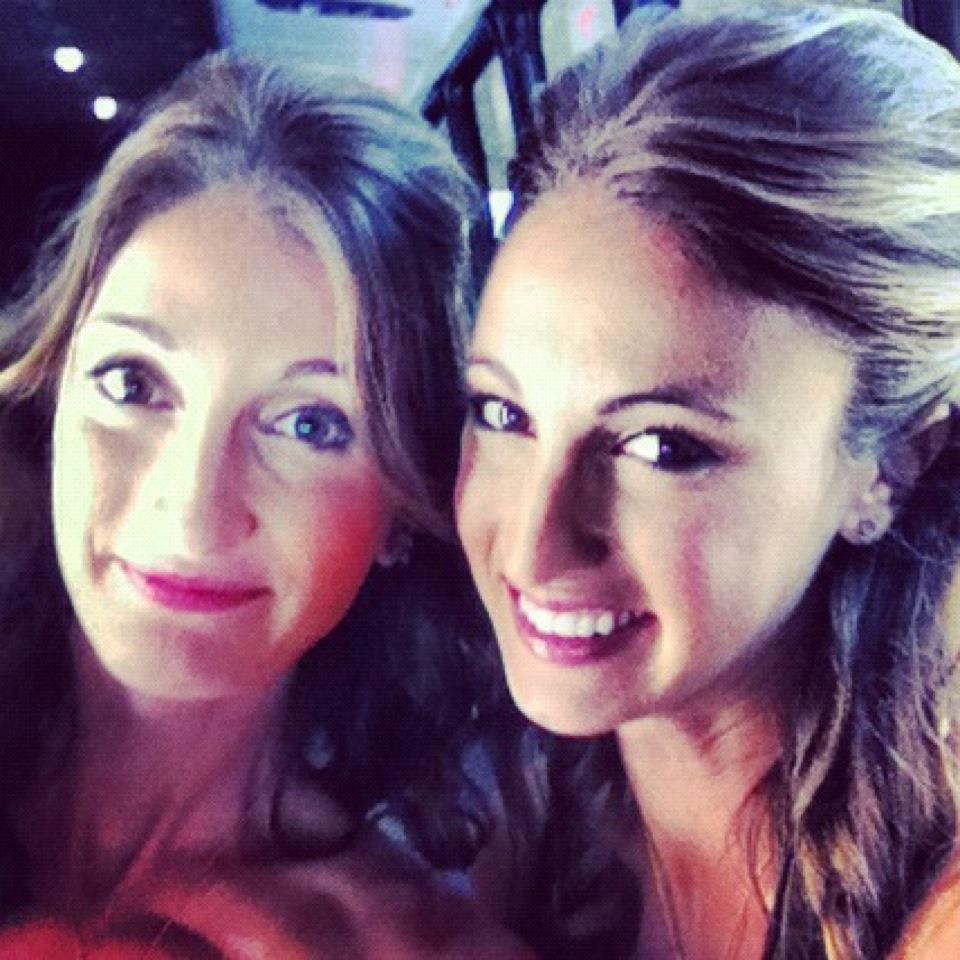 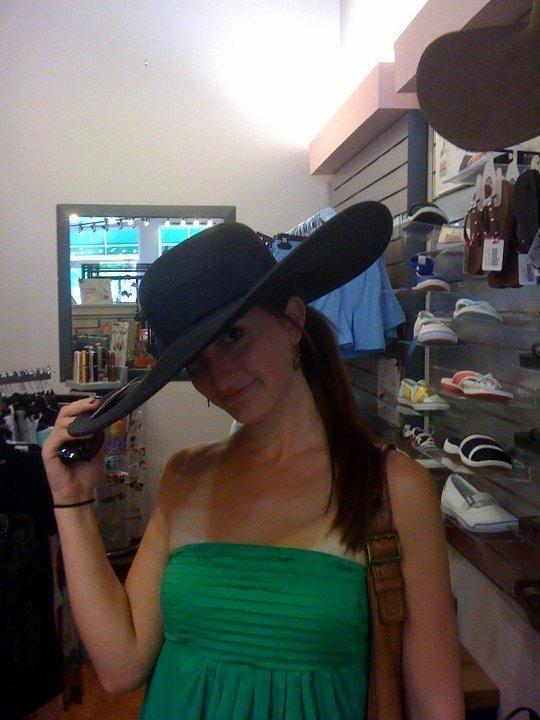 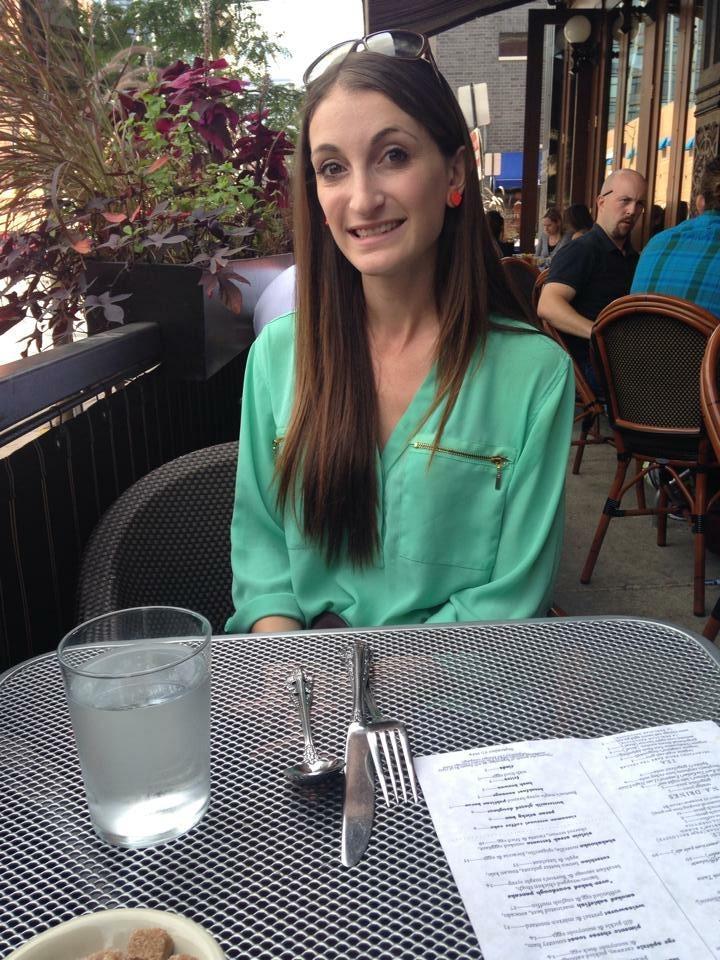 Jocelyn Davis
October 5, 2015
Dr. Davis,
Please accept my most heartfelt sympathy for your loss. My thoughts and prayers are with you and your family during this difficult time.
Rebekah Gray
September 30, 2015
My sincere condolences to the family at this most difficult time. May the God of all comfort provide you with whatever is needed so you can cope with your great loss. Psalms 83 : 18.
AL
September 30, 2015
Dr. Davis, I send you and your family my heartfelt condolences in the loss of your daughter. My thoughts and prayers are with you during this most difficult time.
Dixie McDaniel
September 30, 2015
Howard and Wendy, my heart goes out to you both. There are no words....... Joan Bero
September 29, 2015
Howard, I am so deeply sorry to hear of the loss of your daughter. I remember so many wonderful stories you shared about Leah. My condolences to you and Wendy and your family. You are in my heart.
Anne Goldfisher
September 29, 2015
I was so sorry to hear this, my old friend. It's beyond words. My heart goes out to you, Wendy, and the rest of your family.
Ben Burenstein
September 29, 2015
I am so sorry to hear of the loss of such a young and talented person. My sympathy and prayers to the family. May happy memories of Leah help you all through this very difficult time. Yvette Million
September 28, 2015
Robert George, D.O.
September 28, 2015
Please accept my condolences to your family on the loss of your loved one. May your memories and Jesus' words at John 11:32-44 bring your family comfort during this time of sorrow.
M Wilson
September 28, 2015
Wendy Davis
September 27, 2015
Showing 1 - 24 of 24 results