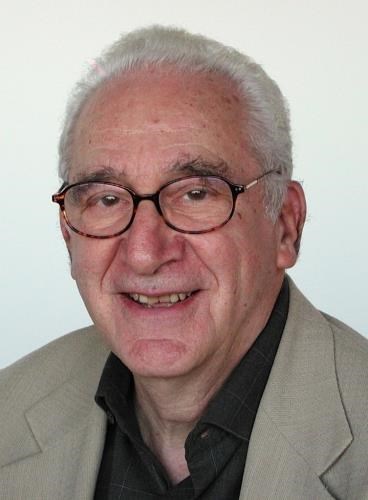 BORN
1921
DIED
2019
Leon WofsyLeon Wofsy – scientist, activist, author, and cherished husband, father, grandfather and friend – died on August 25, 2019, peacefully and surrounded by family two days after a stroke. Leon was born in Stamford, CT in 1921. He was raised by parents who, as Leon described them, were deeply committed to building "a gentler world where wars and exploitation would be unthinkable". Leon shared their hopes and values throughout his life. As a young man, he was leader of the Labor Youth League, which made him a target during the McCarthy period. During that time, and throughout the remainder of his life, Leon demonstrated uncommon courage, honesty, and a willingness to sacrifice in pursuit of the ideals of democracy, racial equality, social justice, and peace.

After almost two decades devoted primarily to radical political activism, Leon returned to school in 1958, received a PhD in chemistry at Yale, and joined the faculty at the University of California in Berkeley in 1964. During his years at Berkeley, he distinguished himself as a scientist through pioneering research on the use of antibodies to deliver effective therapies directly and specifically to the site of disease. His work proved to be visionary in helping to lay the foundation for the later development of 'precision' therapies that are now widely used in the treatment of cancer, immunologic diseases, and many other disorders. Also while at Berkeley, Leon was a leader among the faculty in supporting students during the Free Speech Movement, opposing war, fighting apartheid, supporting progressive movements in Latin America, and increasing the representation of women and minorities in the sciences and the broader academic community.

After his retirement from UC Berkeley, Leon wrote extensively on topics related to domestic and foreign policy, including two books, numerous articles, and a blog that was still active in the final month of his life. He never ceased hoping for, and fighting for, a better world. When he could march, he marched. When he could lead, he led. When he could teach, he taught. And when age took him off the front lines, he wrote and continued to inspire.

Leon was the most loyal of friends. He loved music and sports and nature and especially family. He was predeceased by his wife of 67 years, Rosalind Wofsy, and by his daughter Carla. He is survived by his wife, Gail Weininger, his son David, and grandchildren Danielle, Kevin, Susan, and Grace. A memorial gathering will be planned soon. For those who are so inclined, donations in Leon's honor may be directed to Partners in Health or to the charity of your choice.

Published by San Francisco Chronicle from Aug. 29 to Aug. 30, 2019.
To plant trees in memory, please visit the Sympathy Store.
MEMORIAL EVENTS
To offer your sympathy during this difficult time, you can now have memorial trees planted in a National Forest in memory of your loved one.
MAKE A DONATION
Please consider a donation as requested by the family.
MEMORIES & CONDOLENCES
6 Entries
The In Memoriam posted for Prof. Wofsy in the on-line archive maintained by the University of California Academic Senate can be found at the following URL: https://senate.universityofcalifornia.edu/in-memoriam/files/leon-wofsy.html
Professor Emeritus Jeremy Thorner, UC Berkeley
Work
August 23, 2021
I just learned of Leon's passing and wanted to add my condolences to his family and friends and use this opportunity to say what a gentle, generous and righteous man he was. He was Chair of the then Dept. of Bacteriology & Immunology at UC Berkeley when I joined the faculty of that department back on 1 July 1974. Leon always made me feel respected and valued, right from the get-go. I think it helped that we shared the same ethos and progressivism (even so-called radicalism) about politics and society. Leon even took me to my very first Golden State Warriors game to celebrate when I was granted tenure. Of course, that was back in the old Joe Barry Carroll (non-championship) days; but, still enormous fun. I will miss Leon's wisdom and kindness.
Jeremy Thorner
October 22, 2019
mary ann zeppetello
September 30, 2019
So sad. What a remarkable man. Sending love and condolences to his wife, Gail, and his family.
Jocelyn Coblenz
September 12, 2019
Leon was a friend and activist collaborator of mine since 1968. His friendship was dear for me and my late wife. His communications were always clear, well-reasoned, and insightful. His birthday celebration at Lake Merritt showed the extent of his connection with the progressive community and our appreciation of him. At one time, late in life, Leon raised the question of whether his continued posts were just something he did for himself without any effects. I encouraged him with the acknowledgement that I, and I am sure many others, were using his insights. He continued to be a voice of critical analysis for peace and freedom until he died. A great man. Please let me know of any commemorative services. [email protected]
Marc Pilisuk
September 11, 2019
Leon was such a remarkable man and role model for so many of us. In addition he had a wonderful sense of humor which we will miss. We send condolences to all of the family and want you to know we feel privileged and blessed to have known him.