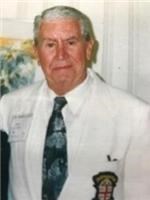 BORN
1921
DIED
2020
Louis V. O'Brien
July 29, 1921 - November 3, 2020
Lovingly known as "Lou", of Novato, CA passed away peacefully at home on Wednesday, November 3, 2020 at the age of 99. He was the beloved husband of the late Hope (Heaney) O'Brien, married for 58 years and survived by two children; daughter Wendy O'Brien and husband Robert MacDonald of Novato and son Kevin O'Brien and his wife Lisa and son Alan of San Mateo, CA.
Born in Providence, RI, son of Augustine and Nora (Clair) O'Brien. Lou was the seventh child, predeceased by John, Paul, Dorothy, Doreen, Kathleen, Mary and Sr. Rita Clair RSM. He is survived by loving sister Nora (O'Brien) Gervais of Cranston, RI.
After attending high school in Providence, Lou was accepted into a four year Machinist Apprenticeship at Brown & Sharpe with a draft deferment available. In his 3rd year he decided to enlist in the Army Air Corps in 1942. He applied for and was accepted as an Aviation Cadet. He completed his training, earning his wings in 1944. Commissioned 2nd Lt. Fighter Pilot, he was assigned to the 486th Mustang Squadron, a part of the 352nd Fighter Group based at Bodney Airfield, England, flying missions over Germany.
Lou was awarded medals for the American Campaign, European-African Middle Eastern Campaign, WWII Victory Medal and Army Occupation Medal. He was honorably discharged July 1946. He kept in touch with his fellow pilots attending many of the "Gatherings of the Mustangs and Legends" reunions over the years.
Returning home to Providence, Lou took advantage of the new Government "Bill of Rights" Program for returning Vets and was accepted at Brown University. He earned a Bachelor of Science in Mechanical Engineering making the Dean's List, graduating Class of 1950. Lou married the love of his life, Hope, while attending college.
He joined Merck and Co., Inc. in 1952-1980, spending 28 years at the Merck Marine Magnesium Plant in So. San Francisco and 17 years as Plant Manager. After retiring, he continued working part-time as Management Consultant specializing in small business development for 20 years until full retirement in 2000.
Lou will remain in the hearts of his friends at Unity Church, his "buddies" at Starbucks and, neighbors after having lived in Marin County for the last 18 years.
The family's heartfelt thanks and appreciation extend to his loving care-givers: Minda; Edna; Maria; and Digna.

In lieu of flowers, donations in his memory may be made to Hospice by the Bay, 17 E. Sir Francis Drake Blvd., Larkspur, CA 94939 or donate by phone (415) 526-5500.
Published by San Francisco Chronicle from Nov. 12 to Nov. 13, 2020.
To plant trees in memory, please visit the Sympathy Store.
MEMORIAL EVENTS
To offer your sympathy during this difficult time, you can now have memorial trees planted in a National Forest in memory of your loved one.
MAKE A DONATION
MEMORIES & CONDOLENCES
1 Entry 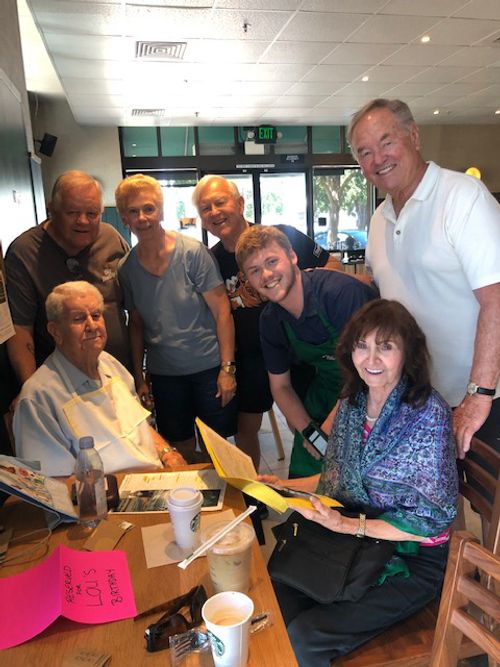 Lou was a great friend and always happy when we got together for coffee he will be missed but I’m sure he’s up there flying Hi with his buddies
Paul Nelson
Friend
November 13, 2020
Showing 1 - 1 of 1 results