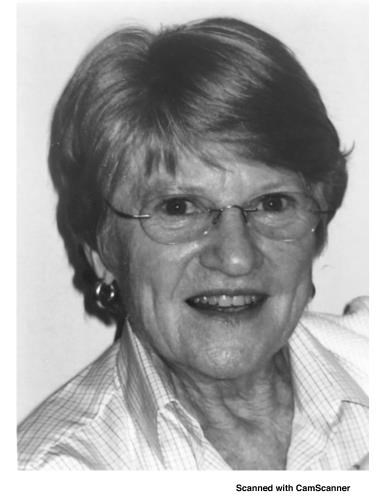 Lynda Spence was born in 1939 in Boston, Massachusetts, the daughter of W. Frederick Spence and Fannie Rebecca Price. Lynda grew up in Belmont, Massachusetts, attended Belmont Country Day School, then the Winsor School, in Boston, and graduated from Smith College in 1961. After college, Lynda worked for Doubleday, Inc., in New York City, and then moved to San Francisco in 1965 where she worked for the University of California Press in Berkeley. She met her first husband, Gary Bridge, in San Francisco, and they were married in 1967. They relocated to Wellesley, Massachusetts, where they welcomed their daughter Stefanie in March of 1972. They returned to San Francisco in 1990, and later divorced. Lynda had the good fortune to meet Robert Mittelstadt in 1999, and married him in Rome in 2004. They were the love of each other's lives.
Lynda devoted her life to empowering women and girls, to travel, and to a variety of other social causes. She served on the Board of Directors of both Legal Momentum (National Organization for Women's Legal Defense and Education Fund) and Nurturing Minds, a non-profit organization dedicated to building and supporting the SEGA Girls School in Morogoro, Tanzania. Lynda worked for more than 30 years as a travel agent, providing expertise to countless clients and taking friends and family (especially Bob) to the far corners of the earth. On a local level, she served on the vestry and sang in the choir of the Episcopal Church Saint Mary the Virgin, and served on the Board of Directors of North Beach Citizens for almost 10 years.
Lynda's greatest joys were her family and summers spent on Cape Cod. She is survived by her husband, Bob, her daughter, Stefanie, and son-in-law, Kevin Egan, and their two children, Owen and Paige, stepson, Michael Bridge, and his three children, Hannah Bowman, Zack Bridge, and Zoe Bridge, brothers, Richard Spence and F. William Spence, Jr. (deceased), and four half siblings, John Thomas Spence, Suzanne Spence Minshall, James Spence, and Stephen Spence, and niece, Ann Spence.
Donations in Lynda's memory may be sent to Nurturing Minds, P.O. Box 600617, Newtonville, MA 02460, www.nurturingmindsinafrica.org.
Published by San Francisco Chronicle from Mar. 5 to Mar. 6, 2019.
To plant trees in memory, please visit the Sympathy Store.
MEMORIAL EVENTS
To offer your sympathy during this difficult time, you can now have memorial trees planted in a National Forest in memory of your loved one.
MAKE A DONATION
MEMORIES & CONDOLENCES
3 Entries
I too have only just come across this. Lynda was a wonderful and supportive friend to my parents and a gracious host to me on many occasions. She was one of the reasons I moved to LA from London back in 1979, and I'm so grateful she had the chance to visit me in Wellington, NZ, where I now live. I will always remember the enormous ice cream she bought me SF at the tender age of 10 - as well her & Bob swimming in the harbour with my son Max many many moons later. I wasn't brave enough.
Howard Davis
Friend
March 30, 2021
This is the first I am hearing of Lynda's passing. She was a great lady. She was brilliant and generous. I was lucky to meet her. Rest in Power, Lynda.
Susie Smith
Friend
January 12, 2021
Lynda was a lovely person, full of joy for life. I will remember her fondly, sharing stories in the St. Mary's walking group.
Nancy Clothier
March 6, 2019
Showing 1 - 3 of 3 results