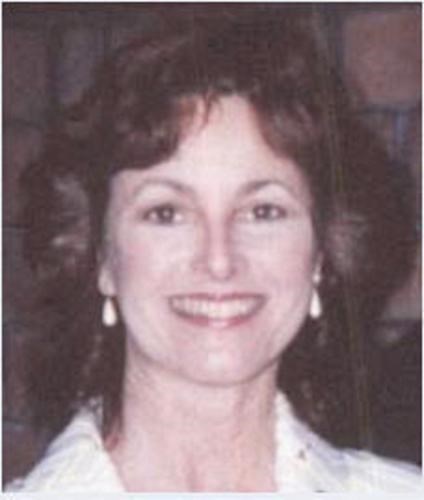 Software designer and facilitator of imaginative projects, Marlene Mallicoat died on May 22, 2015, after a long illness. She is remembered for her brilliance, sweetness and elegance.

She is survived by her husband Theodor Holm Nelson, two loving brothers, and a stepson, nieces and nephews whom she adored.

She grew up in Oregon. Her mother, Maxine, was a fierce home-maker and contest-winner. Her father, Dale Mallicoat, is best remembered for representing Oregon's governor Tom McCall in Washington.

At the age of 12, Marlene won the blue ribbon for baking at the Oregon State Fair for her cupcakes (perfectly textured, with no "tunnels" of bubbles in the cake).

At the University of Oregon, she took many courses but ended up majoring in mathematics because she found it easiest. From there she went straight to IBM-- first in Palo Alto, then in New York (where she moonlighted as a Playboy bunny), then Germany, where she taught American soldiers how to use IBM's equipment.

Returning to San Francisco, she became an independent computer consultant for over two decades.

It was during this San Francisco period that Marlene did her most innovative work, creating radical new software in two areas. She designed and implemented two pioneering interactive systems-- "Suite Talk", probably the first system designed for use by hotel guests, and "Litany", probably the first litigation support system for law firms. Though both worked well, neither package reached the market because of management indecision.

Since 1992, Marlene has been the collaborator-- and later "wife-waft"-- of controversial computer visionary Ted Nelson, facilitating development of his Xanadu and ZigZag projects. The couple travelled among various universities, living in Japan and then England for roughly five years each. Meanwhile, they maintained a houseboat in Sausalito for the whole of their 23 years together.

She is warmly remembered in the academic communities of Japan and England, in the houseboat community of Sausalito, and by her sorority sisters from the University of Oregon.

Contributions in her memory may be made to the Internet Archive, at http://archive.org/donate/.
Published by San Francisco Chronicle from May 30 to May 31, 2015.
To plant trees in memory, please visit the Sympathy Store.
MEMORIAL EVENTS
To offer your sympathy during this difficult time, you can now have memorial trees planted in a National Forest in memory of your loved one.
MAKE A DONATION
MEMORIES & CONDOLENCES
32 Entries
Marlene was the sweetest person and a generous and loving spouse for Ted Nelson - one of my best memories was coming to the houseboat with a group of awed DoD visitors
Mei Lin Fung
Friend
May 24, 2021
Marlene is remembered and missed - its hard to believe it has been 5 years. I last saw her on the houseboat when a group of us from Federal Health Futures came to visit Marlene and Ted. What a delightful and very memorable visit.
Mei Lin
Friend
May 24, 2020
Dear Ted, so sorry to read about Marlene's passing, even though I am late to the wake. I'm just a fan and have read most of your stuff and, though you are nuts, you are a courageous, oblique, and sometimes dazzling thinker. I am sad for you but there is always a possiplex future built on memories. Love.
David Longman
March 5, 2018
I offer you my deepest condolences. I lost my wife of 34 years in 2010. When I heard of your loss I was instantly overwhelmed by painful memories and empathize with you totally. Memories emblazoned in my wetware and gratitude for the time we shared were my saving graces. May they be the same for you.
Ken Kligerman-Savercool
May 26, 2017
I remember well how happy Marlene and Ted made each other. I will miss her verve.

P.S.: I used to be Greta Bickford, rab's wife.
River Curtis-Stanley
March 15, 2017
I met Marlene at a computer conference in 2013 where she shared memories of her travels in France with me. Thank you Marlene.
Guillaume
September 27, 2016
It was my privilege to room with Marlene and Terry Smith Strand in Palo Alto (1965-66). I learned of Marlene's death when I read about it last night in the Key (Kappa magazine). I was a Kappa at Oregon State University. Marlene was wonderful in every way: brilliant, unassuming, kind, and full of fun. I'm shocked and stunned to learn of her death at this late date. I'm not surprised to learn that she had a fulfilling career. She was a wonderful human being and I'm sad to think of a world without her.
Nancy McCoy
January 27, 2016
Marlene was a wonderful, intelligent and engaged person whom we miss.
Arel Lucas
December 5, 2015
Very sorry for your loss. She seems such a wonderful person. You are one of my contrarian heroes. Best wishes
darsch tes
October 12, 2015
Ted, Marlene was a wonderful, gentle, and considerate soul; we who knew her at all were blessed.
Michael Butler
September 30, 2015
Dear Ted,

I am very sorry for your loss. You are in our thoughts.
Henry Minsky
August 25, 2015
Marlene was such a bright star in the universe. I am beyond sad to learn of her passing. My fond memories are of us running around the houseboats in Sausalito trying to figure things out. So sorry Ted.
Sandra Robbins
July 22, 2015
Dear Ted,

My heart holds yours very tenderly. Looks like you married a truly amazing woman.

Lynn
June 26, 2015
Dearest Ted,
My deepest sympathies go out to you and your family. I will hold dearly the fond memories we had with you guys. My heart goes out to you Ted.
Janet Dale
June 26, 2015
I first met Marlene when she was on an IBM assignment in Germany; she certainly impressed everyone at Birkenfeld AFB. As we say with sadness in the Russian Church 'Memory Eternal'.
June 17, 2015
What lovely, fond, fun memories I have of Marlene. She and I were good friends in junior and high school. During our college summers, we were sure to get together and do all kinds of crazy things. She was one of my bridesmaids, too. What a beautiful, smart, humorous soul. I miss her!
Margie Johnson
June 14, 2015
I am so saddened to hear of Marlene's passing. She was my best friend in Junior High and High School. We had so many fun times together. We were also roommates after college in Palo Alto. Hard to believe she is not just an e-mail away. A beautiful and brilliant person.
Terry Smith Strand
June 13, 2015
The sweeter half of two dreaming roses. I will always miss you, Marlene. I hope you know how much I cared about you and Ted.
Matt Spergel
June 13, 2015
Marlene,
How can this world be without you.
I am so sad and will miss you always
Old Salem friend of yore
Kate Seely Walker
June 13, 2015
I was so sorry to hear of Marlene's death. It was way too soon. I barely remember her from my days at Bridgeport School. Dale was closer to my age. Those were slower more gentle times. Love and prayers to all of her loving family.
Sincerely, Kay (Shutt) Lefley
June 13, 2015
Ted, we are so glad we came to see and visit
with you and Marlene on her 70th birthday.
It's a memory to be cherished.
Mike & Louise (Lang) Repko
June 4, 2015
Dear Ted,

You know I am so sorry for and I hope to see you soon to convey my condolences in person. I am glad someone is with you. I will remember how kind Marlene always was to me, how she listened and gave advice. And of course the brunch on your houseboat.

Laura
Laura Milvy
June 2, 2015
Marlene I knew you through a fine man who loves you dearly. Your grace will be remembered.
Antoine McGrath
June 2, 2015
I am so glad we came to see her in April. We had a lovely day sitting outside. What I remember most is that she wanted to know everything about everyone else. She was always so interested in our lives. Her smile always welcomed conversation.
Carolyn
Carolyn Nelson
June 1, 2015
Very sad to have lost such a wonderful person. My thoughts are with Ted and her family.
Doug Morrison
June 1, 2015
So very sorry to hear of Marlene's passing. The Lord be with you and ease your pain.
Nettie Kerry
May 31, 2015
Marlene is the epitomy of elegance and grace - the world has lost a great human being and her life will always be a model for the rest of us.
Mei Lin Fung
May 31, 2015
This is a great loss to you and our family. She was the epitome of beauty, grace and sweetness. My heart goes out to you.
Sally Mallicoat
May 31, 2015
We miss you, our warm and supportive friend. 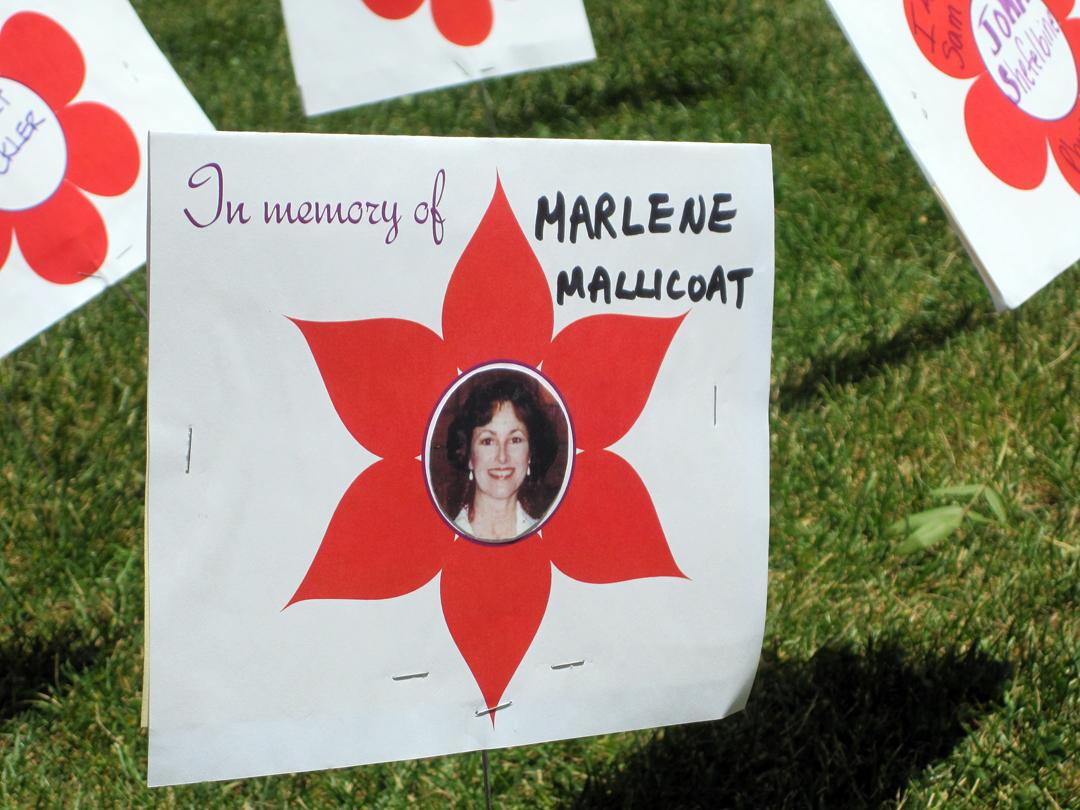