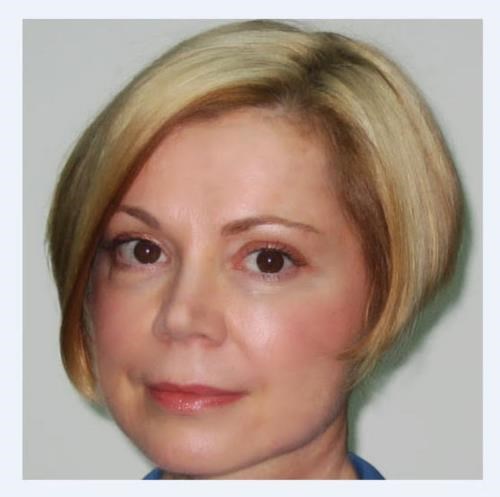 BORN
1954
DIED
2016
FUNERAL HOME
Sinai Memorial Chapel Chevra Kadisha
1501 Divisadero Street
San Francisco, CA
Martina W. KneeMartina W. Knee, born March 12, 1954 passed away September 26, 2016. She was a wife, a godmother to her South Sudanese son, an anti-genocide and human rights activist, and a highly respected and successful corporate lawyer.
Martina was born in Vienna Austria, and at the age of 2, immigrated to the US with her parents Theodor and Annemarie Wanko, both accomplished MD's. They lived in Washington DC. Martina received her primary education at Holton Arms School. She graduated from New Trier East High School near Chicago and completed her sophomore year at the University of Chicago. She moved to the Bay Area in 1974 and was a Phi Beta Kappa graduate of UC Berkeley in 1981. In 1984 she received a JD from Boalt Hall, Berkeley.
She worked her way through Berkeley as an undergrad and through Boalt Hall as a grad student. In 1984 she joined Heller, Ehrman, where she became a partner, in corporate securities law in its San Francisco and Silicon Valley offices. In 1995 she left Heller to become VP and General Counsel for UUNET, an ISP that went public in 1995 and grew rapidly to be the world's largest ISP.
In 2005 Martina retired from corporate life and returned to the Bay Area where she nurtured her Jewish identity and explored the mental and physical toll the Holocaust exacted on her Jewish mother's mother and other relatives who lived in Austria. She became a passionate anti-genocides activist, initially serving as Executive Director of the Bay Area Darfur Coalition. She gave generously of her time and resources to co-found Act for Sudan, an alliance of US citizen activists and Sudanese refugees living in the U.S. who advocate for an end to genocide and mass atrocities in Sudan.
In 2009 she became a Carl Wilkens Fellow, an organization focused on increasing the capacity of community leaders and grassroots organizers to create the sustained political will for the prevention and cessation of genocide.
She co-chaired the International Human Rights portfolio of the Jewish Council for Public Affairs' Task Force on Israel, World Jewry, and International Human Rights. She was a member of Board of Directors of the Helen and Joe Farkas Center for the Study of the Holocaust; a member of the Advisory Board of the University of California, Berkeley Law School Human Rights Center; an officer and Director of Living Ubuntu, focusing on the health and well-being of refugees aid increasing public awareness of refugee needs; a member of the Jewish Community Relations Council of San Francisco, the Peninsula, Marin, Sonoma, Alameda and Contra Costa Counties; a member of the Jewish Public Affairs Council; a member of American Jewish World Services; and the Northern California Director of the 2009 Pledge to Protect National Canvass, an effort to build a broad base of support in advance of key provisions of the Genocide Prevention Task Force Report of 2008. She supported many other human rights organizations.
Martina was honored as a "Darfur Hero" by the Save Darfur Coalition in October 2007 and received the Honorable Tom Lantos Memorial Humanitarian of the Year award, 2008.
In 2006, Martina and her husband, Michael, assisted a family of South Sudanese who emigrated from Uganda to San Francisco. Martina and Mike mentored and tutored two of the younger members of the family who graduated from Stuart Hall High School. Emmanuel, who earned a college degree with their love and support, is like a son to them.
The funeral service will be held at Sinai Memorial Chapel, 1501 Divisadero St., San Francisco at 1 pm on Thursday, Sept. 29, 2016. Burial will follow at Sha'arei Shalom (Gates of Peace) at Mt. Tamalpais Cemetery, 2500 Fifth Ave., San Rafael at 3 pm. Contributions in lieu of flowers should be sent to:
• HIAS, Memorial Gift in honor of Martina Knee,1300 Spring St., Suite 500, Silver Spring, MD 20910
• Lehrhaus Judaica, Memorial Gift in honor of Martina Knee, The Reutlinger Center, 2736 Bancroft Way, Berkeley, CA 94704
• Community Service Fund at Congregation Emanu-El, 2 Lake St., San Francisco, CA 94118

I met her only once back in 1981, in the presence of her husband, Michael, my second cousin, in San Francisco.

Impressed by her many accomplishments and service to others, and her involvement in the prevention of genocide and remembrance of the Holocaust, I am sorry not to have known of her important work earlier.

My belated condolences to Mike.

Mark D. Fields
New York, NY
Nov. 26, 2017
Mark Fields
November 26, 2017
It's with profound sadness that I learn of Martina's early demise. Martina was an extremely intelligent, tender, and beautiful person -- one of a kind among us all. It's no surprise she became a dedicated humanitarian for she was one of the most loving persons I've ever known. Please express my heartfelt condolences to Annemarie, for whom this must be an unbearable loss.
Thomas Marshall
Friend
May 10, 2017
Martina I am so honored and glad that I met you!
Rest In Peace Beautiful Martina!
Karla Santos
January 13, 2017 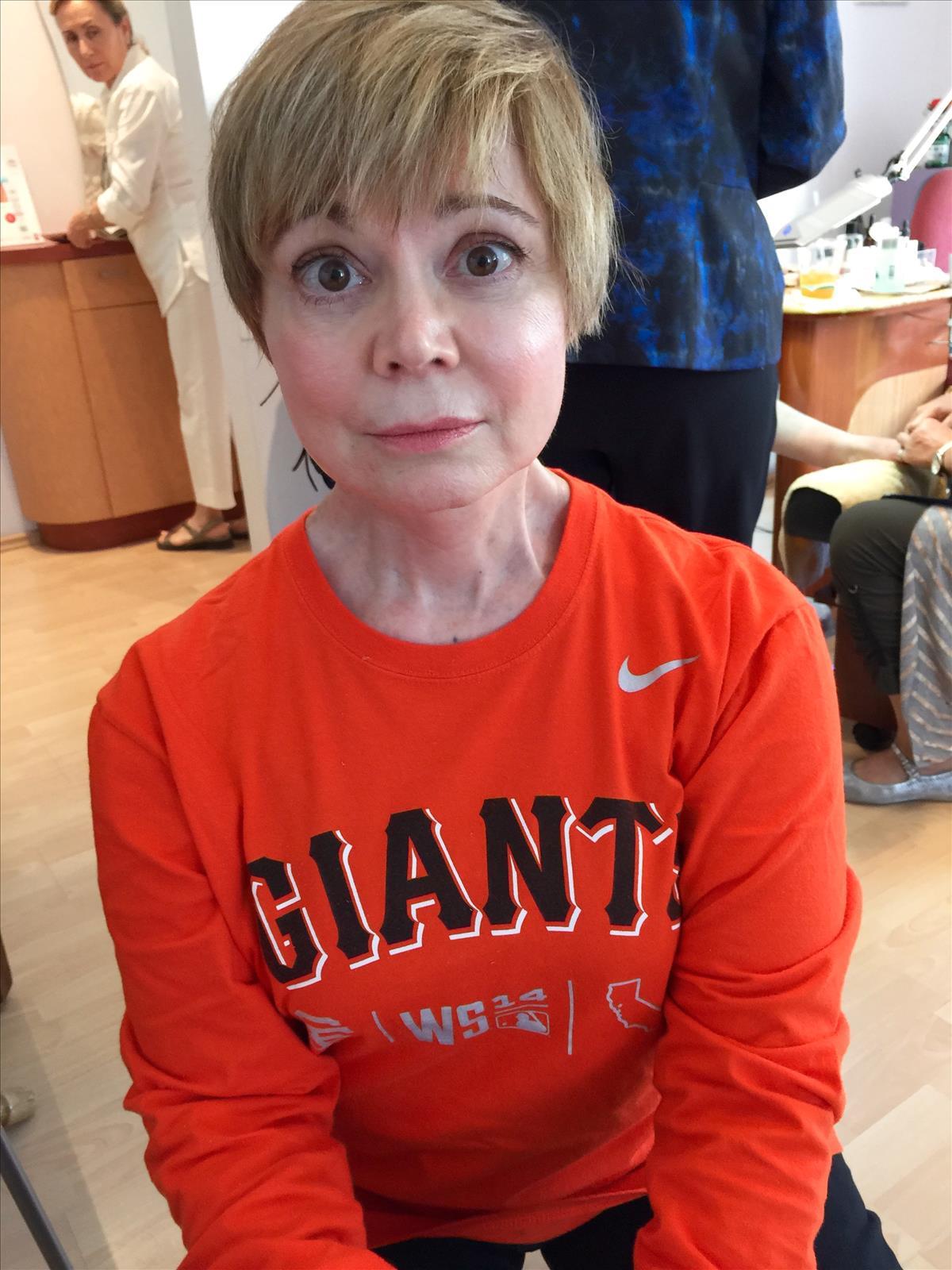 A giant among Gisnts fans i am sure she is rooting for them this post.season
Louis Seal
October 7, 2016
Martina Knee is the Inspiration of My Life.

I started working with Martina in the fall of 1986. We worked side-by-side through the grueling years at Heller, Ehrman where she worked night and day to become Partner. She was so sweet and helpful to communicate the steps to do our job together with perfection, grace and efficiency. Martina was brilliant, purposeful, helpful, beautiful!!, graceful, kind. Stylish!!!

It was easy to fall in love with her because she was able to inspire and encourage me to be the BEST, most accurate, most efficient, most everything! Appreciating my efficiency, organization, initiative, diplomacy, respectful and helpful nature and together we conquered HUGELY complex deals and she made it easy.

In the course of my Journey, we lost touch after I went off and had a baby and became a mini-Martina in my own community.

Martina's ability to Take on the World with Grace and Love inspires me to this day.

Suffice it to say, that my Beloved Boss is gone from this tangible world, but she lives in my heart to continue to inspire me to do my best and help others. I am going to direct my intellect, talents, skills and abilities to carry on Martina's Mission of helping others and building bridges to peace, prosperity and improving the World together.

As she always wrote...

The sadness I feel is deep. I had no idea that Martina had been ill...

My love to Mike and all the family, friends, community she created everywhere she went with whatever she did in her far too short life.

Her blessings live on in my heart as I say Good Bye. 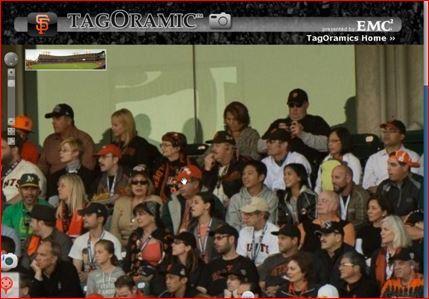 We only knew Martina for the few years we sat next to M&M at the Giants games - and we cherish those memories. This is a memory from the 2012 World Series Game 1.
Sue Mayo and Sid Johnson
October 1, 2016
Please accept our condolences for your loss. Ms. Knee was a impressive and compassionate individual and will be greatly missed.
May you find and embrace the comfort that our God of comfort will bestow on your family during this difficult time.
October 1, 2016
I am sad to hear about the loss of Martina. I, too, was a fellow with her in 2009. I admire her commitment to human rights, the prevention of genocide, and the provision of support to those affected by genocide. Rest In Peace, Martina
Pam Smith
September 29, 2016
I'm so glad I got to know Martina, however briefly, at UUNET. Her example of how to be smart, elegant, successful, and, most importantly, compassionate is one I'll always treasure and one I'll teach my daughter. My prayers are with her family. Thank you for sharing her with us.
Gwen Wells
September 29, 2016
Showing 1 - 9 of 9 results