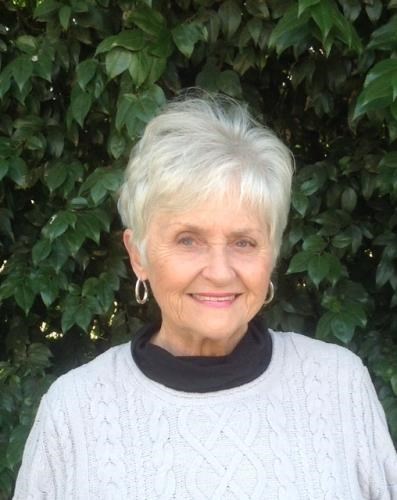 Mary Jean was born to Dr. Russell and Kathryn Howe in Grand Forks, North Dakota. She graduated from Drake University, Des Moines, Iowa with a bachelor of arts degree.

She married her best friend and college sweetheart, Ed, the day after she graduated. They moved many times, from the Midwest to Washington D.C., but finally settled down in California.

She worked as an assistant editor for Scott Foresman Publishing in Chicago. Later she co-owned Black Hawk Advertising Agency in Davenport, Iowa. There she was in charge of marketing, creating tv, radio, and newspaper ads for the companies they represented. She also spent some time substitute teaching in the special needs classroom.

Mary Jean and her husband bred champion afghan hounds and whippets. They showed their dogs all over the country and won many top awards. She served on the Afghan Club of America board of directors as well as the Northern California Whippet Fanciers Assoc. and an active member of San Joaquin Kennel Club. She was also a member of the Paws To Read program at the Lodi library with her whippets Patch and Finis. M.J., as she was referred to by her friends, enjoyed working and organizing social events with her friends. She was a very happy, hardworking, and outgoing person with a great smile.

In addition to all these other activities, she also ran the Odron household as Ed traveled all over the country with his job. She supported her children as team mom, in cub scouts, at school functions, and also ran the snack shack during little league games. Mary Jean spent many hours shuttling the boys to various football, baseball, and soccer games.

She touched many hearts and will be missed by all.

A Celebration of Life will be announced later.

Donations can be sent in her name to NCWFA Whippet Rescue at [email protected]
Published by San Francisco Chronicle from Aug. 8 to Aug. 15, 2021.
To plant trees in memory, please visit our Sympathy Store.
MEMORIAL EVENTS
To offer your sympathy during this difficult time, you can now have memorial trees planted in a National Forest in memory of your loved one.
MAKE A DONATION
MEMORIES & CONDOLENCES
1 Entry
I´m so sorry for your loss, Ed. My most heartfelt condolences. Take Care
Stephanie Presley
August 13, 2021
Showing 1 - 1 of 1 results