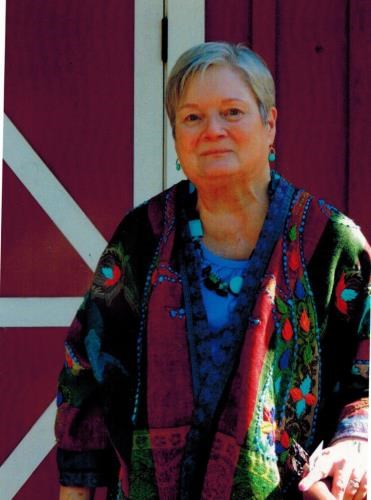 BORN
1946
DIED
2021
Mary Jane Spletter
November 28, 1946 – May 6, 2021
Mary Jane Spletter died at home in Oakland on May 6, 2021. The cause of death was complications of Parkinson's disease.
Mary was born in Appleton, Wisconsin on November 28, 1946 to Mary Elizabeth (Kelly) Spletter and Norman Julius Spletter. She is survived by her husband, Jeff Robbins of Oakland, brother Dan Spletter of Irvine CA, sister Sally (Dave) Schoenke of Appleton WI, brother-in-law Greg Robbins (Nancy Moll) of Dover NH, niece Debbie (Lee) Quesada of Newman CA, nephew Steve (Stacey) Schoenke of Victoria MN, niece Kate (Brian) Mitchell of Forest Lake MN, nephew Jesse Robbins of Burlington VT, nephew Seth Robbins (Susan Allard) of Medfield MA, and her beloved dog, Magoo. In addition she had ten grand nephews and nieces.
Very early on Mary developed a love of writing, journalism in particular, and served as the editor of her high school newspaper. She graduated from Xavier High School of Appleton WI in 1965 and went on to the University of Wisconsin, Madison. At UW she joined the professional journalism sorority, Coranto Sigma Iota, served as its president in her senior year, and graduated with a BS in Journalism in 1969. She was a reporter for the Milwaukee Sentinel between 1969 and 1973.
Mary moved to Berkeley CA in 1973, and began there a long career in public information and technical writing. She wrote for many Bay Area institutions including UC Berkeley, UCSF Medical Center, Lawrence Livermore National Laboratory, and the UC Office of the President.
After suffering from breast cancer in 1972 and recovering, Mary took time off to write "A Woman's Choice, New Options in the Treatment of Breast Cancer." The book was an early milestone in women's efforts to guide their own medical treatment rather than leaving decisions to doctors. In 1995 she also served as editor of a brochure on breast cancer that was mandated by the state to be in the office of every physician who could make a diagnosis of breast cancer. She also volunteered for several years with Reach to Recovery, an organization that provides one-on-one support for breast cancer patients.
Upon retirement in 2002 Mary began to study play-writing, but she was also diagnosed with a second breast cancer. She was a model of resilience and strength even after being diagnosed with Parkinson's disease on the last day of her cancer chemotherapy. She kept a positive attitude, exercising daily, working with a personal trainer, and taking classes in water aerobics and yoga. She wrote a play, "The White Pelican," that dealt with her cancer experience. It was stage-read at the Playwrights' Center of San Francisco. Another play, "Unfinished Business," was stage-read at the Bellevue Club in Oakland. Her "Arches, Balance, and Light", a fictionalized account of the life of architect Julia Morgan, was selected by the Ross Valley Players of Marin County to be their "Ross Alternative Work" of 2016. The production drew some very large audiences into their small theater. (On at least one occasion there was quite a last-minute scramble to find folding chairs for an overflow audience.)
Mary and Jeff met on a blind date at the University of Wisconsin in 1968. After enjoying the concert by Harry Belafonte, they took a walk along the shore of Lake Mendota, during which Jeff slipped and pulled Mary a step or two into the water. Mary later said that she didn't write Jeff off because she wanted to see what he would do to make it up to her. Ultimately, they were married for almost 48 years.
Mary had a great love of travel. Her interest in visiting far-away places was intensified by her shockingly early encounter with breast cancer. She was not about to wait until an old age she might never reach before seeing the world. She and Jeff enjoyed trips to Alaska, Mexico, many European countries, Australia, and New Zealand. Once, she even took off for Ireland without Jeff to explore the land of her mother's ancestors.
Mary was a skier, an avid tennis player (who just loved to pick off opponents' shots at the net when playing doubles), a good friend to many, and a loving wife.
Instead of giving flowers, please make donations in Mary's name to research on Parkinson's disease, for example, to The Michael J. Fox Foundation.

Published by San Francisco Chronicle from May 27 to Jun. 1, 2021.
To plant trees in memory, please visit the Sympathy Store.
MEMORIAL EVENTS
To offer your sympathy during this difficult time, you can now have memorial trees planted in a National Forest in memory of your loved one.
MAKE A DONATION
Please consider a donation as requested by the family.
MEMORIES & CONDOLENCES
2 Entries
I came to know Mary Spletter through our connections at the University of California at Berkeley (UCB). Mary was a journalist for UCB and I was a newly hired professor in the School of Public Health, doing research on breast cancer and how it might be prevented. Mary had unexpectedly developed breast cancer at a relatively young age, and with the skill typical of a seasoned journalist, she thoroughly browsed through all possible breast cancer connections she might develop with others on the UCB campus. She contacted me and wanted to interview me about my research accomplishments on breast cancer and what plans I had for the future. It was the beginning of a long-lasting professional bonding and a close friendship. Mary was adept at translating scientific terms into everyday language and the publicity she gave me on various campus and community news outlets was invaluable to fully educate skeptics who didn’t understand all the facts about my research. I was happy to be able to explain to her various aspects of the biology and medical aspects of breast cancer. She eagerly translated this knowledge into easy to understand booklets for the general public. These became very popular and influential. As the years rolled by, I realized that her worst enemy was not breast cancer but rather Parkinson’s disease, which sadly, took her life. In spite of this tragic ending, I am so grateful I had the opportunity to have such a wonderful friendship with Mary and be inspired by her good-natured personality and dedicated ambition to her goals and to the welfare of others.
Gertrude (Trudy) Buehring, School of Public Health, University of California, Berkeley
Gertrude Case Buehring
Friend
June 6, 2021
What an challenging and interesting life she led. Truly admirable! RIP from a UW Badger who did not know her.
Terry
Classmate
May 31, 2021
Showing 1 - 2 of 2 results