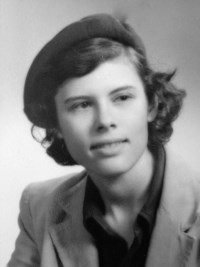 Mary (Kriger) Struve Nov 5, 1926 - Jun 17 2012 Mary Struve, a longtime resident of Berkeley, died in her sleep on June 17 in Santa Clara. Mary was born Mary Kriger in 1926 in Los Angeles, the daughter of Simon and Sarah Kriger, but grew up first in the Russian emigre community in Harbin, China and then in the French Concession of Shanghai, where she attended the Public School for Girls. Her family came to the US in 1938, where she graduated from Central High School in Washington, DC, in 1943. Mary attended Black Mountain College in North Carolina, Reed College in Portland, and UC Berkeley, where she studied anthropology and then received her master's degree in Russian literature. At Berkeley she rented a room from the writer Jaime De Angulo and his wife Nancy, and briefly worked for the photographer Edward Weston at his home in Big Sur. In 1947 she met Gleb Struve, whom she married in 1950. Mary and Gleb collaborated on translations of Russian literature, including "Russian Stories: A Dual-Language Book" which is still in print. She lived in Berkeley from 1945 to 2011, and traveled extensively in the US and Europe with Gleb and later their two children. After Gleb died in 1985, Mary continued traveling, exploring the West and taking up cross-country skiing in her sixties. She loved her dogs passionately and showered them with attention. Well into her eighties, Mary continued to walk her dogs every day in her Berkeley Hills neighborhood and in the nearby Regional Parks. Mary was an avid reader and amateur photographer of birds, flowers and landscapes. Mary is survived by her daughter Kyra Collins of Clatskanie, Oregon, and her son Dimitry Struve of Santa Cruz, California. She is also survived by six grandchildren: Christina Nikiforuk, Matthew Collins, Emma Collins, Michael Collins, Benjamin Struve, and Rosalie Struve; and two great-grandchildren, Minah and Kaeden. Mary was predeceased by her husband Gleb Struve and her sister Sheila Penners. Her family would like to thank her Berkeley friends and neighbors, the team at Pruneridge Residential Care Home in Santa Clara, and Kaiser Santa Clara Hospice, for their friendship and care in her final years. If you would like to make a contribution to Mary's legacy, a donation to the Berkeley Humane Society or your local animal rescue is what she would have wanted.
Published by San Francisco Chronicle from Jun. 21 to Jun. 22, 2012.
To plant trees in memory, please visit the Sympathy Store.
MEMORIAL EVENTS
To offer your sympathy during this difficult time, you can now have memorial trees planted in a National Forest in memory of your loved one.
MAKE A DONATION
MEMORIES & CONDOLENCES
Sponsored by her daughter Kyra.
4 Entries
My best memories of Mary were when we went birding together. We would sit near some marsh, eating peanut butter sandwiches, dogs by our side and just watch the various birds that would come to the area. She captured the exquisite feathering and definitive stance of many birds in the photos that she took.
July 6, 2012 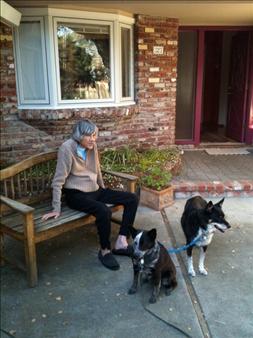 Some memories from other friends of Mary:

"She had an unparalleled memory of things she had experienced and saw. Also she had an amazing capacity of doing things which we ordinary people ask other people to do for us, such as fixing a refrigerator! She was very kind to people who needed help, always helping them with shopping and chores."

"She was very kind to me and my family.
She was a reassuring presence on our block and brought a sense of community to all of us, her neighbors. I have missed her and now that I know she won't return, I feel a deep void. I am very grateful to have known
her."

"It is a pleasure to be able to know your mother Mary. She was a strong lady and a wonderful person.
We have a lot of fun memories of her. We are missing her already."

"I remember her very fondly, always friendly and willing to engage in conversation, just be prepared to REALLY talk! I do hope you have recordings/documentation/pictures of her early life - fascinating! It's so sad when someone with that much history dies, like a library of only-copy books burning."
Dimitry Struve
June 29, 2012
Mary was a good friend to four generations of my family.

I grew up two doors away from Mary. After my mother, Alice, helped Mary learn to drive, they became fast friends. When my first marriage failed I stayed with my parents and as an adult grew to know and appreciate Mary's friendship. I moved to the midwest in 1982 but kept up my friendship with Mary on my trips back to Berkeley.

In the mid 1980's, both Mary and my mother became widows. By this time my mother had health issues and couldn't travel by herself. Mary took my mother on many car trips throughout the west, trips my mother shared with great pleasure.

My mother spent a good part of her childhood on a coastal farm near Santa Cruz, and she had talked about this experience to Mary many times. Mary discovered the farm had become a state park and took my mother to explore the old ranch. Mary snapped a photo of my
mother under a "Rancho del Oso" sign--which my mother proudly displayed.

After my mother's death in the early 1990's my oldest son and his wife moved into the old family home and Mary befriended them. When my daughter-in-law was pregnant with her first child and there were no older grandmothers-to-be close by, Mary took her under wing and helped her get through this new experience.

Later on, when the baby became an older child, (named Alice after her great-grandmother,)she looked up to Mary as a matriarch and brought her home-grown bouquets and hand-made gifts.

Our entire clan will miss Mary so much, and we'll remember her as an integral part of our multi-generational family experience.
Ruth Kuznets
June 23, 2012 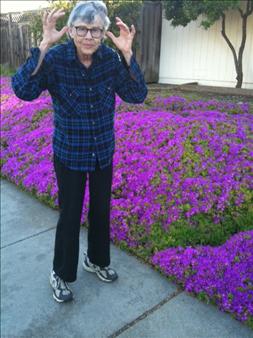 When I was in 5th grade, my mother Mary took me out of school for a week - over the protests of the principal - to attend daily showings of MGM classic films at a theater in Berkeley. (This was pre-VCR or DVD player of course.) We saw Pride & Prejudice with Laurence Olivier, Captains Courageous with Spencer Tracy and others. My mother told the principal that this was more educational than anything I could have learned in school that week.
My mother and I had our differences - I was an absolutely awful teenager - but what I remember most about her is that the really off-the-cuff fun things she would sometimes do. Like only taking up cross-country skiing as a senior and right after having a radical mastectomy, Mary was a brave and surprising parent. She never stopped being curious about life & never hesitated to learn something new.
Kyra Collins
June 21, 2012
Showing 1 - 4 of 4 results