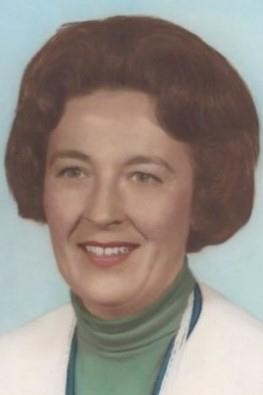 BORN
1923
DIED
2021
Mavourneen Harshman
March 14, 1923 - May 28, 2021
Mavourneen Harshman, also known as Phyllis Mavourneen Harshman, of Berkeley, California, died peacefully at home on May 28, 2021, at the age of 98, in the presence of family and friends. Mavourneen was born at home in Indianapolis, Indiana, the daughter of William Walter Harshman and Jennie Andrea Jensen Harshman. Mavourneen was the second of five sisters. She was predeceased by her sisters Kathryn Marie Harshman, Gloria Patricia Harshman and Jennie Lucile Harshman Stevens. Mavourneen is survived by her sister Anna Louise Harshman Brownson. She is also survived by many nieces, nephews and friends. Mavourneen was the widow of Colonel Clarence Cory Harshman, whom she married in 1971. Colonel Harshman and Mavourneen were distant cousins. They were each involved in family genealogy and met through their connections. This deep interest in the Harshman family led to the publication of a three volume set of their family history, which was shared with many throughout the world. Her other lifelong interests were painting, chess, gardening, star gazing, and her beloved Oakland A's. She was laid to rest among generations of family members in the Byron Cemetery, Fairborn, Ohio, following a service for family and friends. If you wish to make a donation in Mavourneen's memory, please consider the Chabot Space & Science Center, Oakland, California, or Save-The Redwoods League, San Francisco.
Published by San Francisco Chronicle from Sep. 6 to Sep. 13, 2021.
To plant trees in memory, please visit the Sympathy Store.
MEMORIAL EVENTS
To offer your sympathy during this difficult time, you can now have memorial trees planted in a National Forest in memory of your loved one.
MAKE A DONATION
MEMORIES & CONDOLENCES
0 Entries
Be the first to post a memory or condolences.