Margaret Ann Nicole Sawaya died on October 11, 2018, from complications due to cancer. Born on Flag Day, June 14, 1952, in Southern California, Nicole was an intensely focused artist, journalist, and leader of community radio. She worked as a news reporter for NPR in Washington, D.C. and at KQED in San Francisco before moving into radio management. Nicole believed in the power of radio to affect change, and her guiding principles were to take risks, support talented people, create partnerships, minimize hierarchy, and speak directly to the listeners. In 1999, while serving as the popular General Manager at KPFA, she was let go by Pacifica Radio Network after standing up to national management. 10,000 people demonstrated in the streets of Berkeley to protest her firing. Because of Pacifica's unfair treatment of Nicole and what that meant for community radio, San Francisco Chronicle noted that Nicole was "a human symbol for social and economic injustice." Soon thereafter, Nicole was named general manager of KALW in San Francisco, drawn to an audience she described as a "questioning, curious people who don't take mass media at its word." In 2005, Nicole was named Journalist of the Year by the Society of Professional Journalists for her important contributions to the diversity and availability of news programming in the Bay Area. Then in 2007, Nicole was named Executive Director of Pacifica, a move celebrated by those who had rallied around Nicole, her efforts to speak truth to power, and her tireless work in non-commercial radio. Nicole was a Board Member of SPUR and worked for many other community organizations.


Prior to her radio work, Nicole was an actor with the New Shakespeare Company in San Francisco, and was a founder of Theatre Artaud and a current member of Project Artaud, an arts community in the Mission. When Nicole retired from radio, she cultivated an organic farm in Dos Rios, Mendocino County. Nicole was very proud of her Lebanese heritage. She traveled the world and had many adventures - from sailing in South America to being a mime in Paris. Nicole will be remembered for her beauty and grace, her wit and intellect, and possession of a never-ending curiosity.

Nicole will be sorely missed by her son Riley, his wife Seychell, and her pride and joy grandson Jett, as well as her brother, Richard Sawaya, nephew, Nicholas, many cousins and devoted friends. She is predeceased by her parents, Nicholas and Amelia Sawaya, and her sister, Helen. The family would like to thank those who were so kind to her during her illness, Dr. Lui, Anna Dowling, Mary Jo Schaefer, Linda, and Doris.
Published by San Francisco Chronicle from Oct. 13 to Oct. 14, 2018.
To plant trees in memory, please visit the Sympathy Store.
MEMORIAL EVENTS
To offer your sympathy during this difficult time, you can now have memorial trees planted in a National Forest in memory of your loved one.
MAKE A DONATION
MEMORIES & CONDOLENCES
21 Entries
Nicole Sawaya was golden. She will be sorely missed by those who knew her for her bravery and brains. I for one am greatly saddened by her passing. I went to the Variety Show in Philo last weekend and her name was spoken on the list of locals who passed in 2018. So very sad.
Debra Keipp
March 19, 2019
Nicole was the reason I became a passionate supporting member of KALW. As a BBC documentary film maker since 1969, and recently having moved permanently to the Bay Area from London, I was looking for a station that reflected both the local community and the wide world. I visited KALW to participate in various programs (among others, featuring the San Francisco Symphony), met Nicole and was hugely impressed. Her passion, vision and drive were infectious. The team she gathered round her were motivated, smart, witty and diverse. How very different from the atmosphere I had found at KQED, the other NPR station in town. I salute you, Nicole, and thank you.
- DAVID KENNARD, InCA Productions.
David Kennard
December 1, 2018
As a listener, I appreciated her commitment to the audience.
Bill Conlon
October 18, 2018 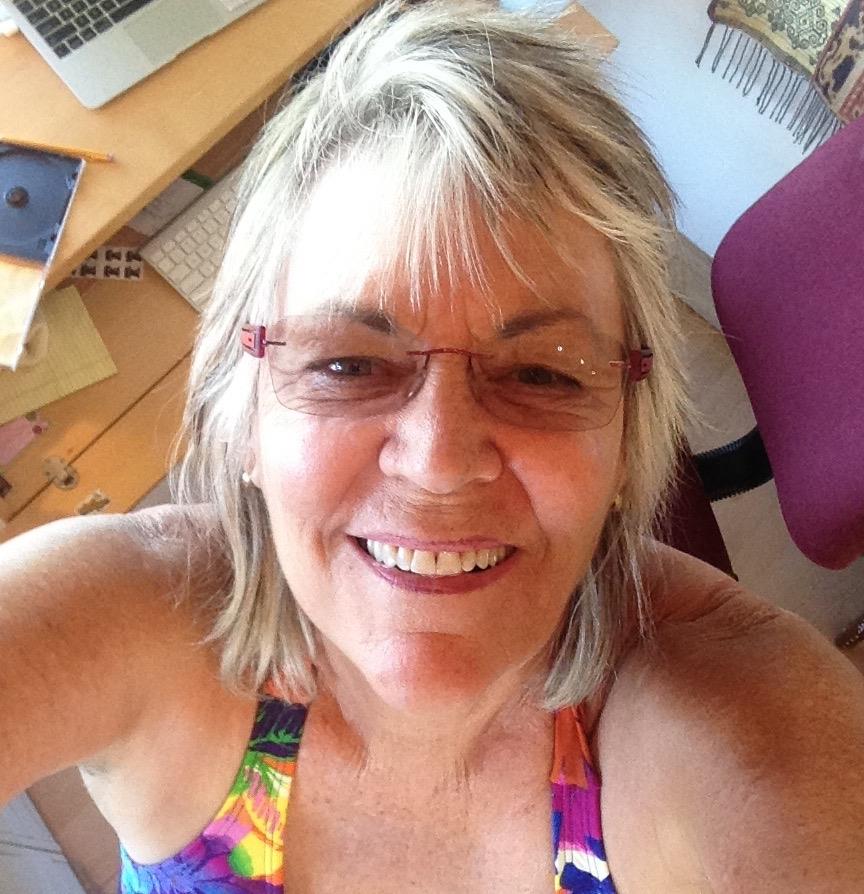 I loved Nicole and we used to go out to dinner together in SF. She transformed KPFA when I was a programmer there, and she went on to transform KALW. We would not be the great stations we are today without her. She was a very bright light and I'm sure she will continue to be so in the heavens. Thank you, Nicole, for all you did for all of us. You are loved.
Sandy Miranda
October 18, 2018
Nicole was brave and principled--a beautiful, intelligent champion of social justice. She was loved. She will be missed.
Robbin Henderson
October 18, 2018
As a Board Member of Media Alliance, I worked closely with Nicole organizing protests after Pacifica Radio fired her. I got to know her as an intense, deeply committed activist and voice for the underrepresented. I share the sense of loss over her passing and wish her family ease and surcease in her memory.
Rich Yurman
October 18, 2018
A sad loss of a woman of strong character and great ability, and a bright star of the Lebanese and Arab American community in the Bay Area.
October 18, 2018
Well. she still wins, as she had the pleasure of knowing how much
she was the cause of so much happiness for so many of us.

She had Alan Farley on her team, and Click and Clack, and G. Keillor, etc

jack barry
October 18, 2018
Nicole's passing is a great loss to the progressive community. I will always remember her commitment to covering our work at the ACLU and her own fight for freedom of expression and civil rights.Deepest condolences to her family and loving circle of friends.
Elaine Elinson
October 18, 2018
I'm sad to learn of Nicole's passing. I had the pleasure of knowing Nicole during her years leading KALW, which she did with energy, passion, good humor and fairness. Other have written of her commitment to diversity. As just one more example, she gave the green light to Out in the Bay, the LGBTQ interview program I proposed in 2004 and which KALW broadcast for 11 years. Beyond just taking that chance, Nicole was a firm and kind adviser whose counsel I sought and whom I considered a friend. To her close friends and family, my sincere condolences. She will be missed. Peace be with you, Eric
Eric Jansen
October 16, 2018
When Nicole left KPFA she did me the great honor of joining the staff of Pacific News Service and New America Media for a short period of time. She was incandescent both in public and in private conversation--I remember her moderating a conversation on stage at a NAM Expo at the Masonic auditorium with Richard Rodriguez and Nick Lehrman, then editor of Harper's, about his essay on "the death of literature." Micole was a living testimony to the impulse to bear witness which is why journalism endures. My limited interactions with her son Riley convinced me that he carries her spark forward.
My deepest condolences to her family and close friends.
Sandy
Sandy Close
October 15, 2018
Sandy Close
October 15, 2018
My sincere condolences. Nicole brought duverse ideas and dialogue to the SPUR Board and Bay Area media-much needed in todays increasingly partisanship. May we all be inspired by Nicoles strength and knowledge.
Howard Wong
Acquaintance
October 14, 2018
A beautiful, fierce, shining spirit! Thrilled that I knew her for even a short period of time. SB
October 14, 2018 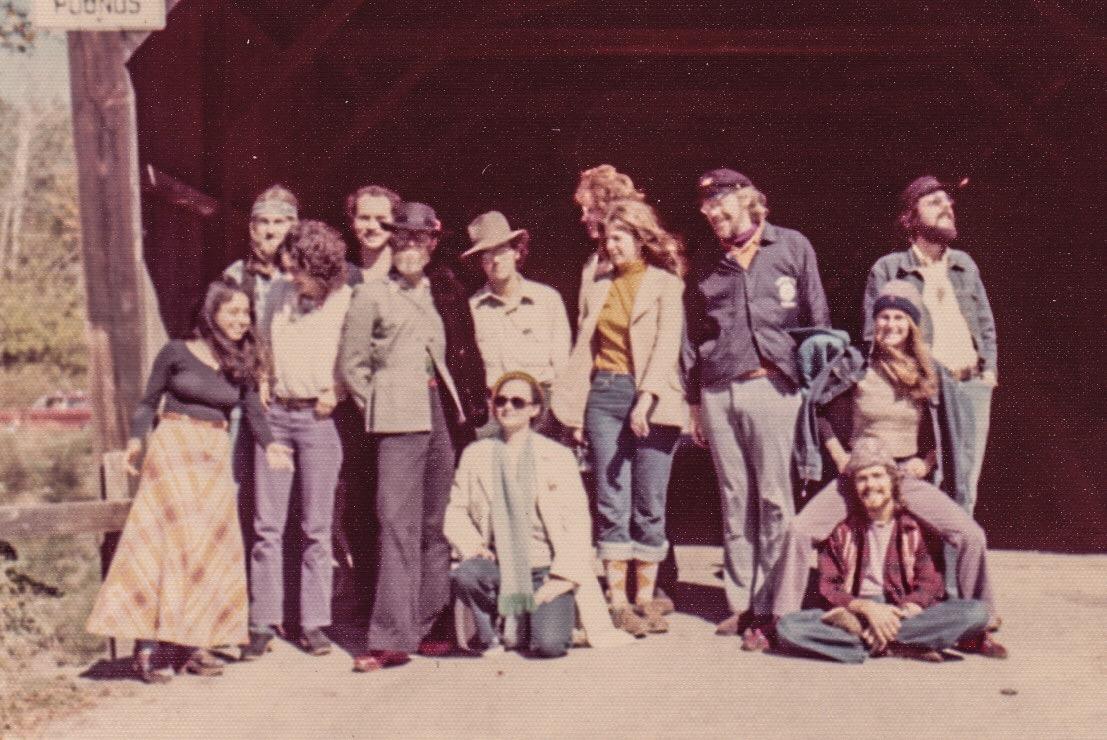 My condolences on the passing of Nicole. I had the pleasure of working with her in 1973 at the New Shakespeare Company. The company traveled across the country performing at colleges and universities. Nicole was bright, funny, and an excellent actress. I am uploading a photo of our motley crew at a covered bridge in Virginia I believe. Nicole is on the far left.
Richard Bloom
October 14, 2018
Such sad news! Nicole fought so hard to keep KPFA going strong - missed her so much at that station. And so appreciated all the work she did at KALW. Rest in peace and in Power Nicole!
Stacey Martin
October 14, 2018
Nicole Samaya was one of the best things that ever happened to KALW, my pet. (I am purely a listener/member and sometimes volunteer.) I made a point of telling her that after she announced she was leaving. I didn't keep it a secret that I thought she was a fun, strong role model. She questioned that. I told her not to argue with me. This is very sad news. I hope her family finds comfort in how she knew how to fundamentally bolster and grow KALW and the larger community around it. I often think about her and always with gratitude that our paths crossed. That energy lives on.
Christina Esparza
October 14, 2018
She was the last truly responsive manager of KPFA.

She did a great job while there, and she will be remembered fondly.
Harry Pariser
October 14, 2018
I am saddened to hear this news. I remember when Nicole was GM of KPFA radio and always thought highly of her leadership role during her tenure. Rest In Power.
Bill Heath
October 14, 2018
Condolences to the family of Nicole Sawaya. I appreciate her many contributions to the world of San Francisco Bay Area arts and community radio.
Nina Serrano
October 14, 2018
Very sorry for the loss of Nicole, my regrets to her family and friends. I was so appreciative of her contributions at KPFA, she was so well respected and appreciated by the staff and listeners.