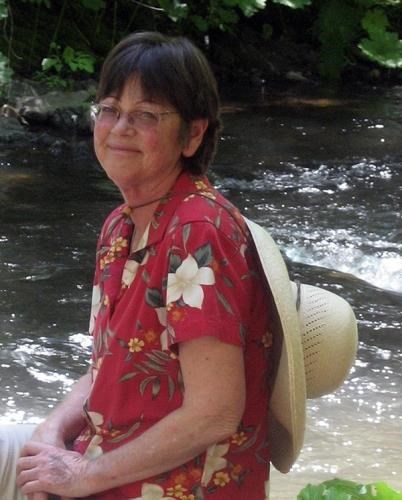 Nona died peacefully on May 21 at Kaiser Hospital in San Francisco after a long and heroic struggle of over 25 years with serious illness. Her husband, Robert Anbian, was by her side. Nona is also survived by her mother, Betty Jean Bailey, and by her brother, Jess Bailey.
Nona was born in Los Angeles and raised in Torrance, California. A graduate of South Torrance High School, she earned a bachelor's degree in social science and a teaching credential from Humboldt State University in 1975. She joined the VISTA (Volunteers in Service to America) program and taught adult basic education and English as a second language in community centers and jails in the Phoenix, Arizona area. Afterwards, she joined the San Francisco Peace Corps/VISTA recruitment office, where she met her husband, a returning Peace Corps volunteer. She went on to become a food program specialist with the U.S. Department of Agriculture, overseeing school lunch programs in Hawaii, Nevada, California and Oregon.
She had always drawn and painted and in 1982, she decided to fulfill a life-long dream and studied graphic arts at the Academy of Art in S.F. She became a senior designer at Dakin, Inc., the plush toy company. When Dakin folded, Nona worked as a freelancer designing distinctive toy and gift items for such companies as Kurt S. Adler, the Disney Store, Silvestri and The San Francisco Music Box Company.
In her mid-30s, Nona was struck with primary pulmonary hypertension, then a relatively little known disease, and given two years to live. She promised Robert she would live longer than that. Under the extraordinary care of the late Dr. Kanu Chatterjee at UCSF medical center, she did indeed live longer than that. In 1996, she received a double lung transplant at UCSF.
While the transplant and associated drugs limited her ability to draw, and despite many complications, Nona never failed to live life as fully as she could. Gardening, caring for her beloved dog, Lefty, and volunteering at the Botanical Garden in Golden Gate Park kept her engaged and far more active than expected. In 2010, she acquired and operated Groom on Clement Street in San Francisco. The work and stress were more than compensated for by her daily interactions with dogs and the people who love them. Still, she was forced to give up the business in 2016.
Though advancing illness limited her more and more, she never stopped being active. She was gardening the day before she was taken to the hospital for the last time. Nona's bravery and resoluteness, her embrace of life, and her compassion for others in the face of many trials and much suffering, will always be remembered by those who knew her.
A private memorial is planned.

Published by San Francisco Chronicle from Jun. 3 to Jun. 6, 2021.
To plant trees in memory, please visit the Sympathy Store.
MEMORIAL EVENTS
To offer your sympathy during this difficult time, you can now have memorial trees planted in a National Forest in memory of your loved one.
MAKE A DONATION
MEMORIES & CONDOLENCES
3 Entries
We worked together at Dakin and Nona had a fresh design sense. My 26-yr. old daughter still cherishes a bear Nona designed that she got when 1-yr. old. I think of Nona often when I see “Bear”, always reminds me of her. She was a strong young woman who spoke her mind. I liked that about her, along with her contagious smile.
Laurie Budash
Coworker
June 12, 2021
She was extremely talented. I only worked with her a short time, but I had a great respect for her stamina to overcome her illness. Sending my sincere sympathy to her family and friends.
Ann Dezendorf
Coworker
June 9, 2021
Nona was one of my favorite longstanding dental patients in my original dental practice in San Francisco. After selling the business in 2014, I lost contact with Nona. She was ALWAYS sweet and had a sense of both humor and purpose. I almost never read the obits, but for some reason, today I did. God sent a message. Richard Doyle
Richard H. Doyle
Acquaintance
June 4, 2021
Showing 1 - 3 of 3 results