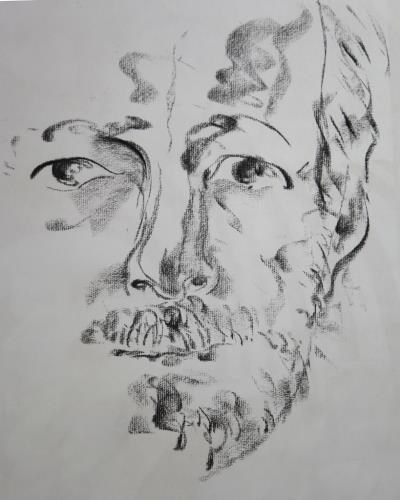 The worlds of you who have been the recipients of Pat Clark's cartoons are, today, a little less carefree. The stream of ideas, the fantasy, the imagination that never stopped at the end of the page - Pat's energy and strength which seems boundless, are now quiet. There will be no new creatures. Those sprites he created for so many decades, along with the paintings, pastels, and his writings on philosophy and art are now his legacy.*

Music was Pat's constant companion, centering on Mozart, Debussy, Bach to Shostakovich, Prokofiev, and the Beatles, as well as flamenco and Piazzolla's tangos, remembering also Erik Satie. Above all, Beethoven's Für Elise and the Karl Hass interpretations of Beethoven's Sonata No.8, in C minor, Opus 13 "Pathétique" 2nd Movement Adagio were his special favorites. These all were sprinkled liberally throughout his painting hours, as the daylight washed through the near floor to ceiling north facing windows, his palette knife in hand. His world was complete.

Pat Clark attended kindergarten at Birch Road in Darien, Connecticut and King School for first and second grades in Stamford, Connecticut. In Washington, D.C., he graduated from Central High School in 1949. There, in a 55C program, he was the "colonel of cadets" (meaning that he was head of D.C.'s 4,000 cadets). Pat attributed his testing very well to his study of Latin.

Pat received a private scholarship to Yale University, graduating in 1953 with a B.A. in the interdepartmental major of History, Arts, & Letters. At Yale he studied with George Heard Hamilton and Josef Albers and played a lead role in the Yale Dramat's presentation of Our Town. He also had a bursary job cleaning medieval paintings of the Sienese School, assisting Andy Petryn, the Yale Art Gallery's restorer.

After graduating from Yale, Pat attended the Officer Candidate School (OCS) in Newport, Rhode Island, becoming a commissioned officer in the U.S. Navy. He entered the Navy as a Lieutenant, j. g., on the U.S.S. Elokomin which sailed the Atlantic and the Mediterranean. While at sea, Pat needed an emergency appendectomy. He was transferred by high wire, hand over hand, to a medical ship where the operation was performed and then transferred back again by high wire, both ships navigating rough seas.

Subsequently, Pat was assigned shore duty, in charge of maintaining the physical plant of the Norfolk, Virginia Navy shipyard. The assignment to shore duty coincided with his marriage to Jody Simon in 1955. Pat (Rick) opened Norfolk's first and only contemporary art gallery, the Clark Gallery, located near the Norfolk Museum. He also went on to earn his second B.A., in Architecture, from the University of Pennsylvania, under Louis Kahn; he then became the projector manager/presenter at the architectural firm, Skidmore, Owings, & Merrill. In the late 50s through the early 60s, Pat created backdrops for New York City's Bergdorf Goodman and Lord & Taylor windows displays. Soon after, Pat executed his series, Airgraphs, three dimensional painted vinyl blow-ups/painting/sculptures.

Pat led his life full with study, writing, and "taking color out to play" in the form of pastels and oil paintings; he felt "dying" was just a part of living. Included here are some excerpts from his writings:
"The 'trick' is to write one's own epitaph immediately, a singing, light-hearted elegy, and publish it. Then the future can be settled into the calm steadfastness of a 'past', and in that way, managed more sensibly, even courageously, with honor, even a kind of grace."

"Communication is saying something honest and meaningful with the hope that it will be seriously considered. The hard thing about intimate communication is getting across the intensity and genuineness of the feeling you want to express."

"High and inside. I am aiming very high, but inside the mind: imagining far outside the "literally possible", is the proper work of an imaginative artist. Art, in my world, is not "critique", but a glimpse into an alternative universe."

Eventually his ashes will be intermingled with those of his wife, Judy Kopanic, and spread under their dedicated redwood tree overlooking the Pacific Ocean, at the Better Place Forests, Point Arena Forest, Point Arena, California.

*Please watch for Pat's website, in approximately six months, featuring his works from the late 1980s-2010. 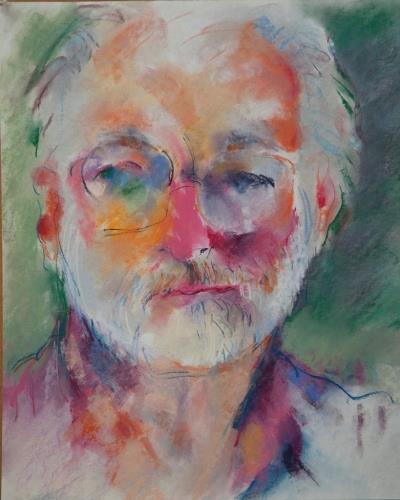 Published by San Francisco Chronicle from Aug. 16 to Aug. 18, 2019.
To plant trees in memory, please visit the Sympathy Store.
MEMORIAL EVENTS
To offer your sympathy during this difficult time, you can now have memorial trees planted in a National Forest in memory of your loved one.
MAKE A DONATION
MEMORIES & CONDOLENCES
1 Entry 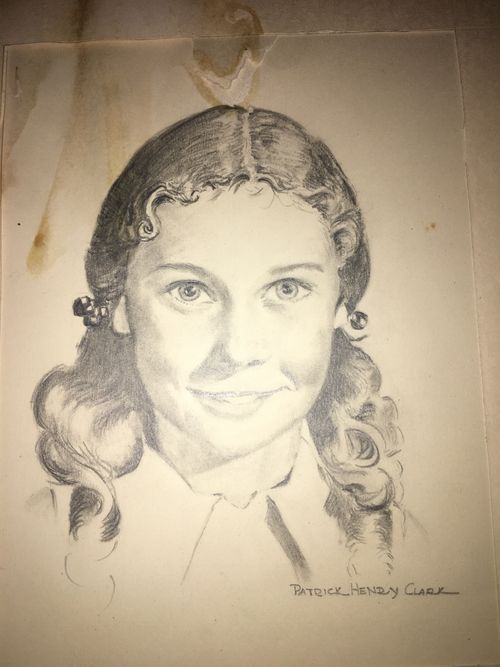 Does anyone know if he sketched this?? If so email me please! Also where can I view more pictures of his art? Thanks!
Alyssa Delariva
August 15, 2020
Showing 1 - 1 of 1 results