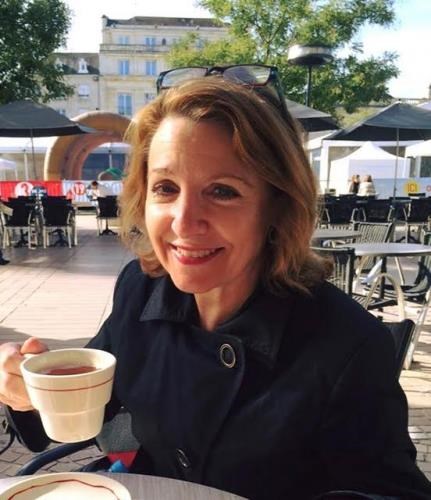 Patricia Thayer Barich passed away, surrounded by family, on July 20 after a long struggle with ovarian cancer. Patsy, 63, lived her life with style, wit, and generosity. She adored books and life's other wonders -- food, wine, and the high sierra mountain range.

Born in Boston to Mary Thayer and Dr. William Thayer, Patsy grew up in Stockton, California. She earned her B.A. in comparative literature at UC Davis where she was awarded the Phi Beta Kappa Society membership. She spent her junior year abroad at l'Université de Poitiers, where she became a lifelong Francophile.

Her passion for literature led her to her first book publishing job at Capra Press in Santa Barbara, and later, as a publicity manager at Harper San Francisco. After leaving Harper San Francisco, Patsy became an independent publicist for local and national book publishers. She also worked in the food and wine industry promoting clients such as Laura Chenel Chevre, the Milk Advisory Board, the CA Artisanal Cheese Festival, and Peet's Coffee. She eventually founded her own firm Bon Mot Public Relations & Marketing where her clients included Grace Cathedral, Save the Redwood League, Creativity Explored, Robert Half Intl, and Pica Pica Maize Kitchen, among others. She was an advocate for seniors and worked locally in Walnut Creek with nonprofit organizations.

Patsy was a loving mother to Nora Thayer Barich-Groshong, the light of her life, and was delighted to celebrate Nora's wedding to Alexander "Z" Groshong last July in Pescadero at Pie Ranch.

Family and friends enjoyed countless winters and summers at her family's Kirkwood cabin. She was an expert skier who could ski the entire mountain. Nora and many friends' children learned to ski with Patsy, whose encouragement soon had them racing down the black diamond slopes with her.

A private reception will be held. Donations in her honor may be made to the Sierra Club of California.

Published by San Francisco Chronicle from Jul. 25 to Jul. 28, 2019.
To plant trees in memory, please visit the Sympathy Store.
MEMORIAL EVENTS
To offer your sympathy during this difficult time, you can now have memorial trees planted in a National Forest in memory of your loved one.
MAKE A DONATION
MEMORIES & CONDOLENCES
1 Entry
Patsy and I spent many hours together while in Poitiers, France with the Junior Year Abroad program through the University of California system. Patsy had a dry wit, was extremely intelligent, and willing to go exploring. She will be missed.
Debra Pendarvis O´Toole
July 29, 2021
Showing 1 - 1 of 1 results