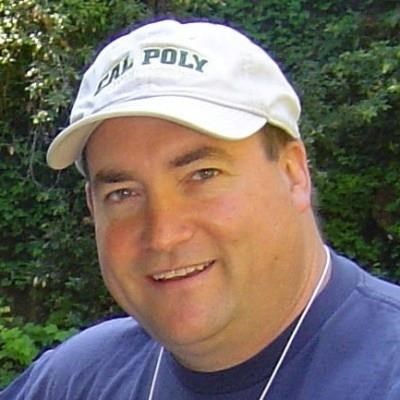 Patrick Michael "Mike" Davies passed unexpectedly on Sunday, Oct. 18, 2020, at his home in Novato, California.
He was born April 20, 1961, in Plattsburgh, N.Y., and moved with his family to Red Bluff, Calif., in 1965. He went to school in Red Bluff and graduated from Red Bluff High School in 1979 as a Lifetime Member of the California Scholarship Federation and was an exceptional athlete. He was an active member of CYO and participated in group trips around California, where he made many great friends.
Mike was a Little League All-Star in 1973 and also played Senior League and high school JV baseball. He played four years of football, two on the RBUHS varsity including their section championship team his senior year. He was also an outstanding wrestler and placed third at the Northern Section CIF Championships as a senior.
Mike went to college at California Polytechnic State University in San Luis Obispo and graduated with a bachelor's degree in civil engineering in 1984. He went to work at H.J. Brunnier Associates in downtown San Francisco as a structural engineer, and was certified as a licensed structural engineer, working on and designing buildings throughout California during his 36-year career. He eventually became the owner and president of the company and continued to work under the Brunnier mantle until his death. He also worked for Hohbach-Lewin in San Francisco from 2012 until his death. He was a member of the Rotary Club of San Francisco.
One of Mike's most notable structural engineering accomplishments was a residential home in Hillsborough, Calif. where he designed a dramatic 17-foot cantilever at the second story master bedroom, a "floating" walkway above the main living space. He also designed the window washing rig for the Bank of America World Headquarters in San Francisco, Calif. He was working on the Jackson Family Winery, Vérité Estate in Healdsburg, Calif. at the time of his death.
Mike had a great joy for life. He was thoughtful with his words and showed his love in everything he did. He loved to laugh. Mike could be easily recognized driving his bright red Chevy Avalanche. He loved music, sports, and spending quality time with his family, to whom he was always a rock of good sense and guidance. The world is a much sadder place with Mike gone.
Mike is survived by his three daughters, Sarah Davies, Erin Davies and Megan Davies of Novato, his mother Patricia Davies of Red Bluff, his brother Dave Davies of Chico, brother Pete Davies of Wolf Point, Mont. and his son CJ, and sister Elizabeth Mason and her husband John Mason of Novato and their three children, Jack Mason, Patrick Mason and Maura Mason.
He was predeceased by his father William "Bill" Davies.
Mike's family will never stop celebrating his life, and his presence will be felt every day.
The family wishes memorial contributions be made to Camp Mendocino, of the Boys & Girls Clubs of San Francisco.

Published by San Francisco Chronicle from Oct. 24 to Oct. 25, 2020.
To plant trees in memory, please visit the Sympathy Store.
MEMORIAL EVENTS
To offer your sympathy during this difficult time, you can now have memorial trees planted in a National Forest in memory of your loved one.
MAKE A DONATION
MEMORIES & CONDOLENCES
18 Entries
Tipping one back for you, Mike. It was always good to run into you.
Aaron Pico
Classmate
November 6, 2020
So sorry to see you go at such a a young age. Mike you were a good friend to many and I will hold your family up in my prayers as I hold you up as you go to be with your maker The Lord Jesus Christ in heaven. I’m glad I got to grow up with you. I’ll miss you very much. God be with you and your family. Always, Jeanne Fitzgerald Young
Jeanne Young
Classmate
November 6, 2020
I have a lot of wonderful memories. He was a great guy and far too young to die. When I was involved with rotaplast our office was in the same building and I remember going to his office for help with the organization and also Rotary. He had big shoes to fill and he filled them. My sympathy to the family.
Anita Stangl
Friend
November 5, 2020
I am so sorry to hear of Mike's passing. I met Mike in the Cal Poly dorm during our first year of college and consider him a forever friend. He was such a fun loving guy who taught me to love Tom Petty and how to play the air guitar! We had many good times together. I am so impressed with his accomplishments and how he helped others and I am so sad that he left this earth way to early. Sending my sincere condolences to his daughters, family and friends.
Gayle Hoskison
Classmate
November 2, 2020
Mike was a true mentor for me. He gave me my first opportunity when I moved to San Francisco from my home in Chicago. I learned more in my 3 years working with him at HJ Brunnier than I had through college or my first few years working in the field. He recommended me to Hohbach-Lewin, and I was fortunate enough to continue working with him for the next few years before I returned to Illinois. He was fiercely loyal, bright, practical and honest. He was immensely proud of his daughters. Happy Hours at the House of Shields were always a blast. We’ve kept in touch since moving back and I’ll miss him greatly.
Bryan Quigley
Coworker
November 2, 2020
Mike ALWAYS had the biggest GRIN on his face every encounter I was lucky enough to have with him.... a mischievous one at that! May the love of friends and family carry you through your grief.
Barbara Sivesind Fullem
Acquaintance
November 1, 2020
I’m so sad and sorry to hear of Mike’s passing. Every memory I have of him makes me smile, and fortunately, he will be in our hearts and minds forever. Mike was an amalgamation of positive adjectives with a touch of cheeky rascal thrown in for good measure - the world has lost an extraordinary person. We send our deepest condolences and many hugs to everyone in his wonderful family.
Joyce Lerner-Federico
Friend
November 1, 2020
Though I had not seen Mike in probably thirty years, I fondly remember is great laugh, kindness and intelligence. He recently reconnected with my sister and I know she really enjoyed rekindling their friendship. His unexpected passing is just tragic, and I send my deepest condolences to his family and friends.
Laura przetak
November 1, 2020 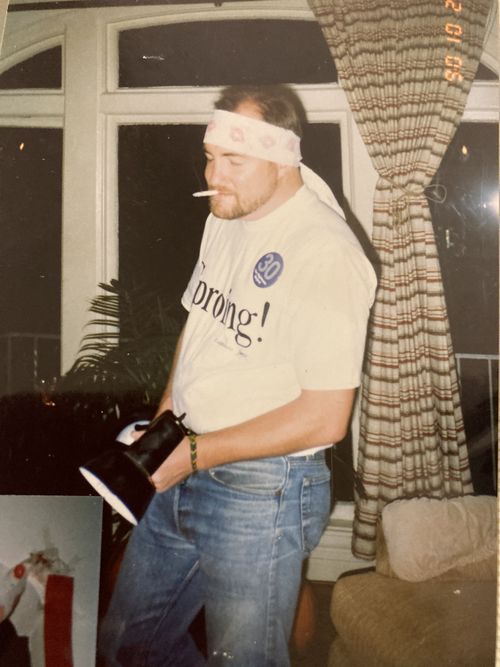 Our heart aches with the loss of such a fun-loving, smart and well-respected man like Mike Davies! We will forever remember our weekend 'garage band' gigs with Mike at the helm belting out Thunder Road, Ventura Highway & House Of The Rising Sun - to name a few! His three fabulous daughters were the loves of his life, and they adored their Dad with all their hearts. He will live on through his girls, siblings and loving mother, Pat. With deepest sympathy from The Garofalo Family (Ross, Patti, Annie & Jane) xo
Ross & Patti
Friend
October 29, 2020
To Mike's family, we'd like to thank him for his service with the Rotary Club of San Francisco. It's an honor to have him apart of our Rotary family. We will continue our work within the community and abroad that Mike found so important. We will mention his passing at our next Rotary meeting.
J.T. Harold Forbus (President - Rotary Club of SF)
Friend
October 27, 2020
I am very sad and shocked to learn of Mike's death. I knew him through our common interest in San Francisco architecture, especially when it had a connection to H.J. Brunnier. He was friendly, knowledgeable, and generous with his information and materials. He performed a great public service in his caring for the Brunnier archive which is of great value to architects and historians.
Michael Corbett
Friend
October 26, 2020
To his daughters: Mike touched many lives even way back in college. We love you Mike. Mike was part of the many great memories from Sequoia Hall at Cal Poly. I remember the hours of air guitar and so many fabulous laughs. Life was good back then! We will all miss him.
Lori Medeiros-Nicholson
Classmate
October 25, 2020
To his daughters: Mike touched many lives even way back in college. We love you Mike. Lori Medeiros-Nicholson
Lori Medeiros-Nicholson
Classmate
October 25, 2020
Pat, Dave, Pete, and Beth,
You have my utmost Christian sympathy.
I remember Mike as such a fun loving guy always active in the Forward Edition neighborhood.
He was loved by many.
You are in my thoughts and prayers,
With much love,
Maggie Collins - Wooten
Maggie Wooten
Friend
October 25, 2020
Mike's passing was too, too soon. I am so sorry we were not able to meet again. My condolences to all the family and friends who loved him. He was one of a kind.
Melinda Przetak
October 25, 2020
Mike welcomed me and my family when we moved to Novato in 2003. Mike had an encyclopedic knowledge of Giants baseball as well as SF architecture. Even after moving back East, we had years of fun and laughs going to Giants games in the City. He was a good friend to anyone who knew him. May his memory be a blessing to his family.
Alexi Maravel
Friend
October 24, 2020
I had the pleasure of working with Mike on several O-I projects over the years. He was a good man and a good engineer and he will be missed.
Ben Forman
Acquaintance
October 24, 2020
We as a family were lucky enough to grow up with the Davies family. They are like family to us. Mike was a wonderful guy, quick to laugh, there when your needed him a wonderful father, son, brother and friend. He will be missed greatly and his legacy will live on through his smart, beautiful daughters. We love you Mike! ❤
Suzanne McGlynn Dale
Friend
October 24, 2020
Showing 1 - 18 of 18 results