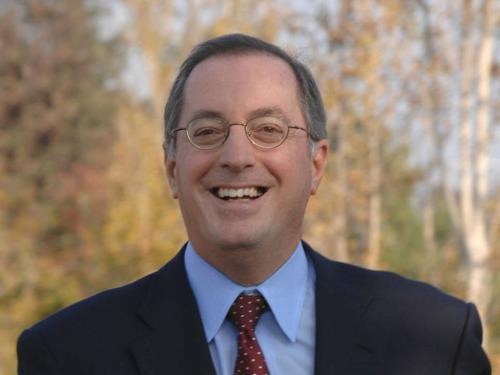 Paul S. Otellini lived a full life with humanity and humor. He left us too soon. Born Oct. 12, 1950 in San Francisco to David and Evelyn Otellini, proud second generation Italian-Americans of the City. His love of family and life grew ever stronger. Paul passed away Oct. 2 at age 66.

Paul attended Holy Name Grammar School, St. Ignatius College Preparatory, University of San Francisco (B.A.) and UC Berkeley (MBA). He spent his entire career at Intel, rising through every sector to become Intel's fifth CEO until his retirement in 2013. Paul had many business achievements, but it was his colleagues and friendships he valued most.

In a span of 40 years, Paul was an integral part of the technology revolution with smart leadership, a driving work ethic, and creative ideas. He turned questions into action while taking time to mentor others. Paul's travels were worldwide, meeting with customers, employees and heads of state. However, it was the daily 100 mile round trip from his home in San Francisco to Santa Clara that attested to his love of the City.

During Paul's childhood, he spent many summers with his family at Lake Tahoe. Paul developed a lifelong love of the lake, enjoying all its beauty while boating and reading voraciously under the pine trees. He and wife Sandy also spent time at their Sonoma ranch pursuing his interest in wine making.

Paul served on many boards of directors in his lifetime, most recently with Google, the President's Council on Jobs and Competitiveness, the Nuclear Threat Initiative, and previously The Fritz Companies and Autodesk. He was involved with several charitable and philanthropic organizations including the San Francisco General Hospital Foundation, the San Francisco Symphony and the Knights of Malta.

Paul's family was closest to his heart. Every occasion was celebrated, often including dear friends. Paul is survived by his mother, Evelyn; wife and life partner of 30 years Sandy; his son Patrick (Marissa) and daughter Alexis; grandchildren Nico and Mia, all of S.F.; brother Rev. Msgr. Steven Otellini, Menlo Park.

A Memorial Mass will be celebrated Tuesday, October 10 at 3pm at St. Ignatius Church, 650 Parker Ave., San Francisco. In lieu of flowers, the family kindly suggests donations to the UCSF Foundation, with a note "Dyslexia Center in memory of Paul Otellini", P.O. Box 45339, San Francisco, CA 94145-0339 or makeagift.ucsf.edu, "Dyslexia Center" in Other gift designation in memory of Paul.

This good man will always live in our hearts.

Published by San Francisco Chronicle from Oct. 5 to Oct. 8, 2017.
MEMORIAL EVENTS
Oct
10
Memorial Mass
3:00p.m.
St. Ignatius Church
650 Parker Ave., San Francisco, CA
Funeral services provided by:
Duggan's Serra Mortuary
MAKE A DONATION
MEMORIES & CONDOLENCES
Sponsored by Duggan's Serra Mortuary.
20 Entries
I am proud to say that I knew you in your early years. Many happy times at Sleigh Bell Door with you and your brother Steve. Happy to say that I worked with both your mom and dad. I admire and respect of their success in raising two honorable fine men.
Kevin Flynn
January 13, 2018
RIP PSO. I have only heard (and seen) you in the quarterly BUM meetings and you were very articulate, honest, and simple. I am also grateful to you, for showcasing my product/project in a CES, and that helped move my project further along.
N K
October 16, 2017
My condolences to his family. I had the opportunity and pleasure to work for Paul at Intel for many years and he had a laugh and presence that embraced life to the fullest. I am so sorry. May peace be with you -
PSO.
Lorraine Smith (Winford)
October 12, 2017
He left his mark on Intel's history. Praying for his family.
Jacquelyn Young 30 years at Intel
Jacquelyn Young
October 9, 2017
As the only individual contributor at Intel Corporation that was a member of the Intel Political Action Committee Champions Club, I was able to spend time having dinner with he and Sandy. He always made you feel special, you knew he was in love with Sandy you could see it in his eyes when he looked at her, and his ability to enjoy life and have fun while also being a very serious businessman was amazing.
Jim Ziegmann
October 9, 2017
Paul and his family have been in our prayers. May God bless and console them.
Betty Ann and Mike Lambert, DM & KM
October 9, 2017
A great leader and man who has left us too soon. You will be missed my friend.
Steve
October 8, 2017
A very sweet and kind man...rest in peace my friend.
Rita Graziano
October 7, 2017
Rest in peace Paul. As our CEO, you were always so gracious, quick witted and reflective of your performance. I appreciated your approachability and openness to talking with any of us, your employees. Thank you for your leadership and contributions to our overall success. With my deepest condolences to the entire family coping with such a significant and sudden loss.
MJ Helgerson
October 6, 2017
My life was a better place for having known and been a friend of Paul. He will be missed.My deepest condolences to the family.
Christopher Haigh
October 6, 2017
Paul will be missed by many. So sorry, sandy
Keith Erickson
October 6, 2017
Thank You So Much for Your direction and friendship. Rest In Peace Friend.
Louie Velasquez
October 6, 2017
Proudly worked at Intel from 1983 to 2006...Rest in Peace Paul..
Diana Lendzon
October 6, 2017 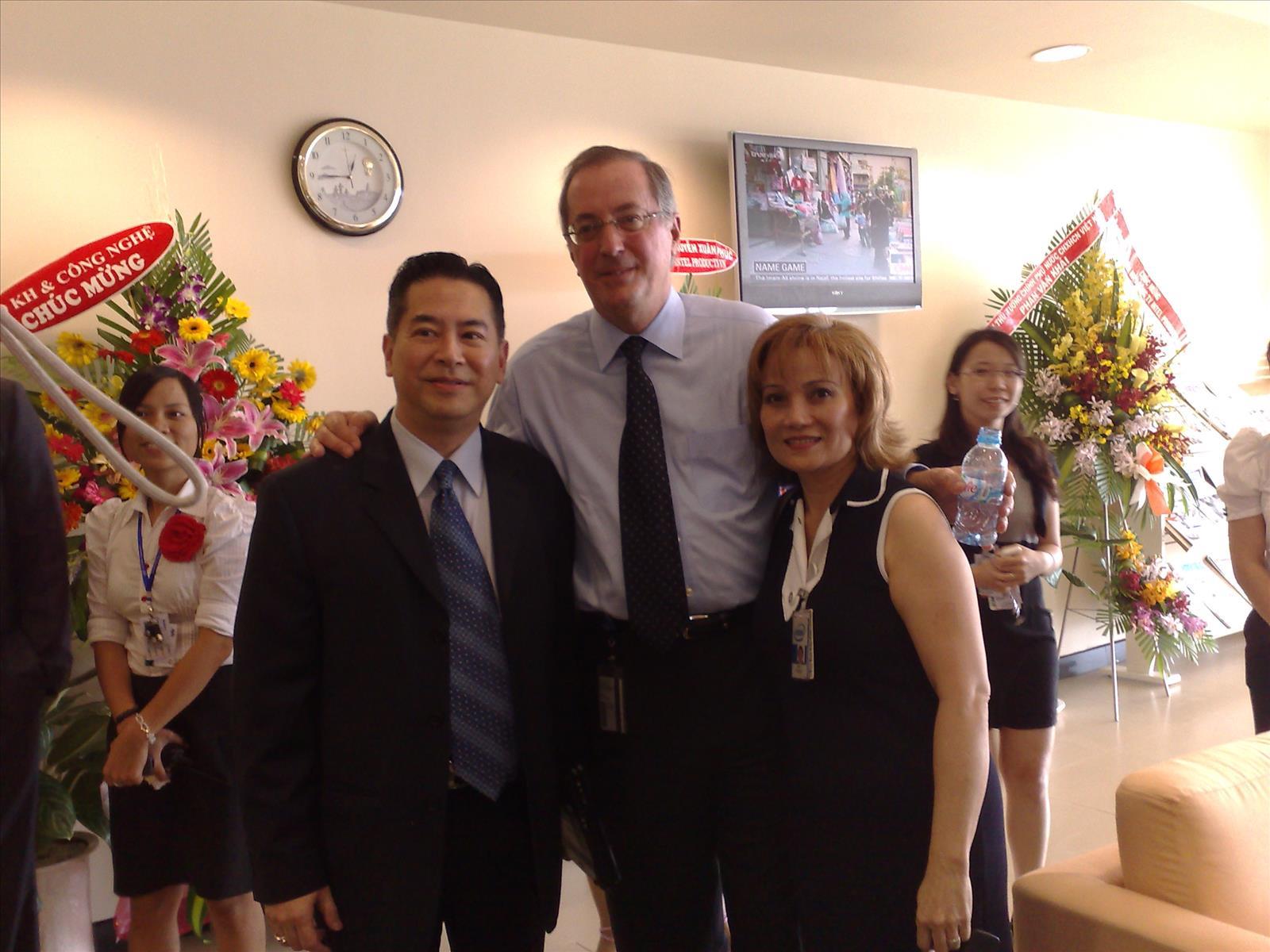 The industry just lost a great leader.
We are so honored to have this pic with PSO who came to Intel Vietnam for the plant opening.
Our deepest sympathies
RIP Paul
tuan phamdo
October 6, 2017
Paul had many, many contributions to Intel over the years. Here is one story written upon his retirement that provides some insight into Paul's career. RIP Paul.

https://www.theatlantic.com/technology/archive/2013/05/paul-otellinis-intel-can-the-company-that-built-the-future-survive-it/275825/?utm_source=fbb
Howard
October 6, 2017
I was very fortunate in having worked for Intel at the time that Paul was our CEO, he was a very inspiring, upbeat influential leader. Always enjoyed his presentations when he was at the Folsom Intel site. Paul was an excellent role model, he has left us way too soon. Upward and Onward Paul Otellini.
Randy Freeman
October 6, 2017
PSO, what a good leader you were! Gone too soon. RIP.
Sollee Hermoso
October 6, 2017
I would like to express my sympathy to the family for this great loss. May the God who comforts those that mourn sustain you during this difficult time. Isaiah 61:1,2
Ron
October 6, 2017
I was very sorry to hear about Paul's passing, and was inspired to write a blog post in appreciation for his long support of disability-related causes, and the help he gave me and my projects over 30 years.

https://benetech.blogspot.com/2017/10/thinking-of-and-thanking-paul-otellini.html
Jim Fruchterman
October 5, 2017
The loss of a love one is very a difficult time. May Gods loving kindness give you comfort and strength. Psalms 29:11*
October 5, 2017
Showing 1 - 20 of 20 results