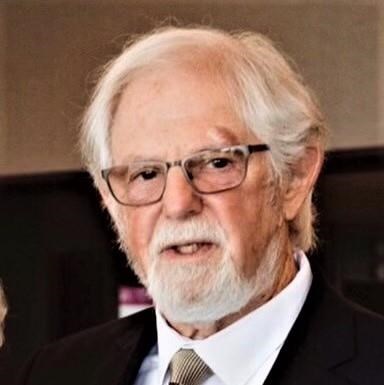 Paul was born in San Francisco to Betty and Al Rosenthal and raised in the Marina District with his younger sister Judy. They grew up close to an extended family of aunts, uncles and cousins. Paul was an avid sports fan attending his first baseball games at Seal Stadium and his first 49er games at Kezar Stadium. He was a member of the Lake Merced Golf & Country Club with his parents and once won the father-son club championship with Al.

Paul graduated from Lowell High School in 1953 where he played basketball and was captain of the golf team. He graduated from Cal in 1958 with a degree in history and Hastings College of the Law with a Juris Doctor and being admitted to the bar in 1962. Most of his 11 year legal career was spent working at Contra Costa Legal Services, providing legal services to those who couldn't otherwise afford them.

In 1963 Paul married Melinda Stephens and had one son, David, whom he raised in Mill Valley. Although he had an unwavering sense of justice, he was not meant to be a lawyer. He chose instead to follow his true passion, gourmet cooking, and opened Crossroads Restaurant in San Anselmo in 1973, where the theme was "a different dish from around the world every night." Crossroads became a popular, critically acclaimed eatery frequented by many regulars and local celebrities for 10 years until Paul decided to follow new dreams.

After attending the Culinary Institute of America in New York, Paul moved to Maui where he worked as a chef in upscale hotel restaurants. It was there he met his second wife, Kaye, and they were married for over 30 years until he passed. They moved back to California where Paul worked as a chef at Sonoma Mission Inn and with Kaye in her Native American jewelry and pottery business on the square in Sonoma. They enjoyed many adventures including a car trip across the U.S. and recent wildlife safari in Africa.

Paul's many interests included nature, reading, history, classical music, golf and photography. He had a green thumb and specialized in beautiful cactus gardens. He especially enjoyed experiencing good food of all kinds and creating food experiences for others. He was a gifted chef.

Paul was genuine, caring, intelligent, and had a great sense of humor. Over the years, he kept many long term friends, including his best friend, Jerry Kler, with whom he shared countless memories and laughs. Above all, he loved his granddaughter Rachel.

Paul leaves behind his wife, Kaye Rosenthal, son and daughter in law David & Laurel Rosenthal, granddaughter Rachel Rosenthal, sister Judy Rodman, stepchildren Eric Johnson and Diane Horsley, and many extended family members and friends who will miss him dearly.
Published by San Francisco Chronicle from Feb. 25 to Feb. 28, 2021.
To plant trees in memory, please visit the Sympathy Store.
MEMORIAL EVENTS
To offer your sympathy during this difficult time, you can now have memorial trees planted in a National Forest in memory of your loved one.
MAKE A DONATION
MEMORIES & CONDOLENCES
1 Entry
We have known Kaye for about 50 years and were not surprised when we met Paul, the love of her live. He was Mr. Cool. Affable, full of grace and humor and caring. He lived life to the fullest, taking it as it came and beautifully crafting it to fit his and Kaye's life style. It was a gift to have known him.
Brooke and Mary Jo Banbury
Friend
February 26, 2021
Showing 1 - 1 of 1 results