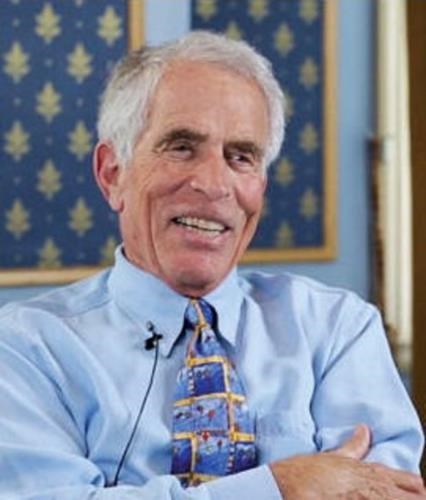 BORN
1939
DIED
2017
Peter ThigpenPeter Thigpen, who was loved and admired by all who knew him, passed away on Sunday, November 5th at the age of 78. His was a life well lived, and he leaves behind friends and family who will always cherish the memories of this wonderful man. He touched us all with his grace, his humor, his knowledge, and most of all, his compassion. He will be sorely missed. As one of his closest friends said, "Pete taught me how to live, but not how to live without him." This resonates will all who knew him.

Pete was born on September 18, 1939 in Pasadena, California. He attended San Mateo High School, then attended Stanford University and majored in Economics, graduating in 1961. Pete felt strongly about mandatory community service for all, whether in the military or otherwise. Therefore, while at Stanford he enlisted in the Marine Corps Officers program, proudly graduating in his dress whites. He rose to the rank of 1st Lieutenant, spending most of his military career as a radar intercept officer (RIO) on F-4B's catapulting on and off aircraft carriers. He was honorably discharged in 1964 and went back to Stanford Graduate School where he obtained his MBA and began a successful career in the private sector. He was quick to tell you the Marine Corps defined him forever, from his stellar leadership skills to his selfless sense of putting others before himself.

His business career began with a short stint at PG&E and then a run as a stockbroker at Dean Witter. But when he joined Levi Strauss & Co. in 1967, his career blossomed. He began as a low level executive and rapidly rose through the ranks to ultimately become the President of the European Division, headquartered in Brussels, where he lived with his wife Judith and their three sons, Craig, Eric and Chad. Pete was responsible for the incredible growth of the Levi's brand throughout Europe during the 70's and early 80's. He returned to the States holding a number of senior executive positions including President of Levi Strauss, USA and a seat on the board of Levi Strauss & Co. Pete was an instrumental part of the Levi family until he retired in 1991.

In 1986, Pete married Shelly Glueck, and they moved to Marin County where they eventually made Kent Woodlands their home and raised their son Zach, born in 1989. Pete made Zach his new job. He was a room parent, field trip driver, coach, and his favorite job, head lice checker. He thought he volunteered for "head light" checker. During these years Pete was affectionately referred to as "Mr. Mom," which was possibly his most revered job title.

Upon his retirement from Levi Strauss & Co. Pete showed no signs of slowing down. He served on the Kentfield School Board, a founding contributor of the Good Life Seminar, and Senior Fellow, participant and moderator at The Aspen Institute, a well-known international think tank, which satisfied his need to discuss all things philosophical. There was no subject that didn't interest Pete Thigpen, whether it was a dissertation of existentialism or a laser-like obsessive analysis of fantasy football. He was a true Renaissance man, a lover of conversation, fine wine, classical music and golf, and never tired of learning.

Or teaching. For the past 25 years, Pete taught a class on Business Ethics at the prestigious Haas School of Business at the University of California. It was a subject dear to his heart, and he took great pride in creating ethical dilemmas for his students and watching and listening as they struggled to do the right thing. His ethical standards were above reproach, and he was eager to teach others what had worked so beautifully for him.

"Believe in your heart of hearts that your fundamental purpose, your reason for being is to enlarge the lives of others, your life will be enlarged. And all the other things we have been taught to concentrate on will take care of themselves" – Pete Thigpen 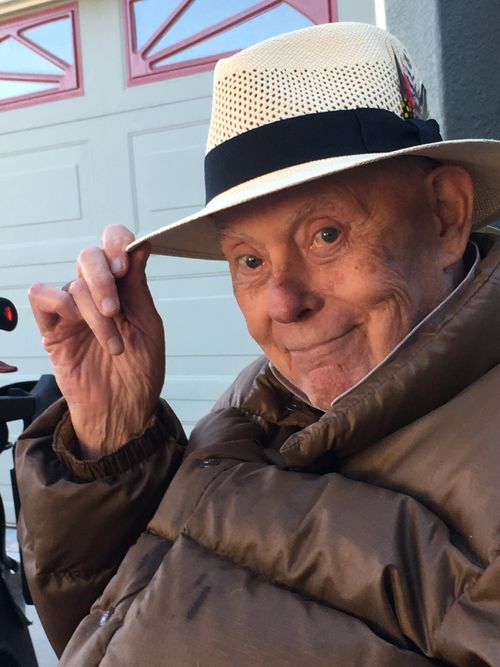 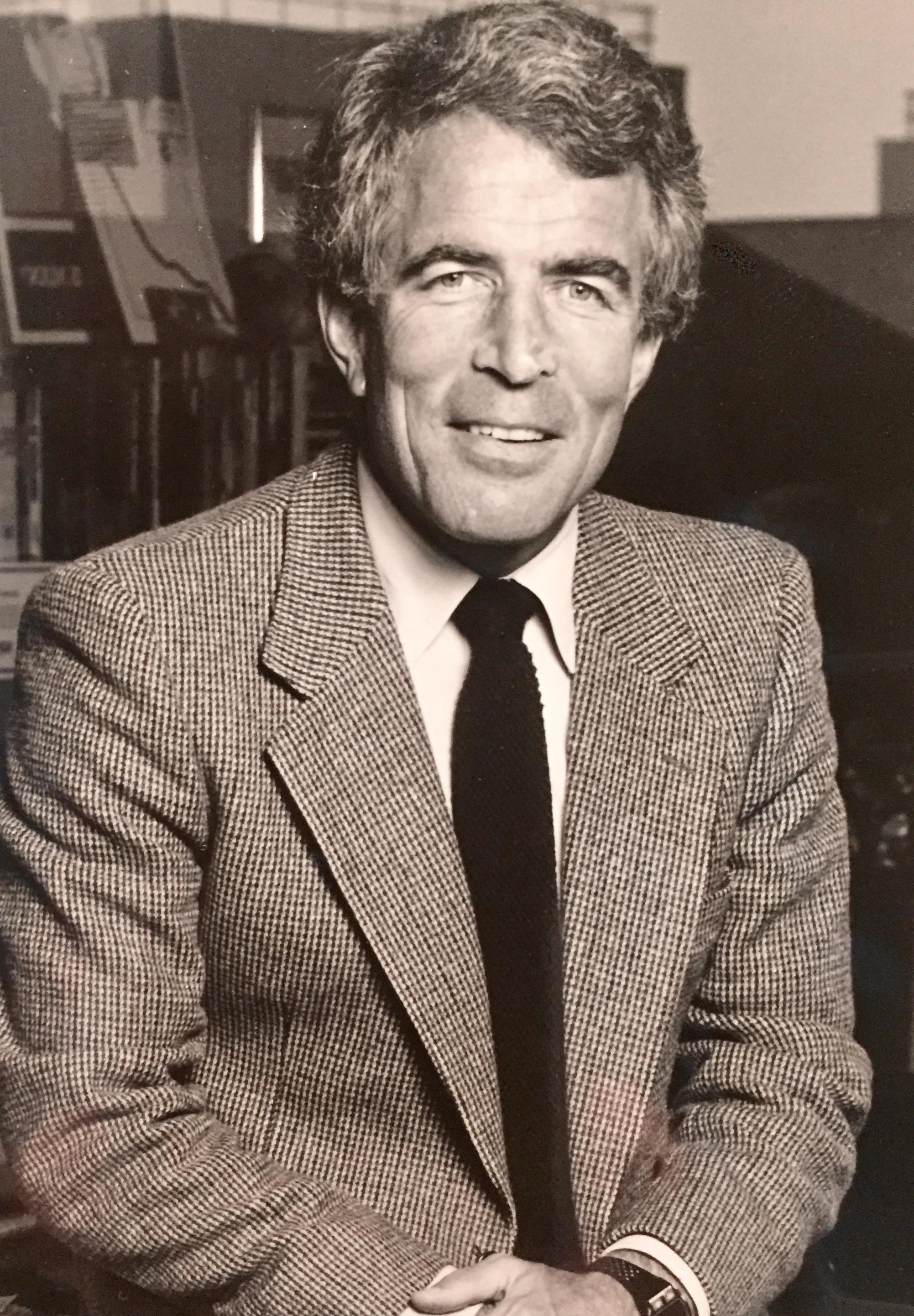 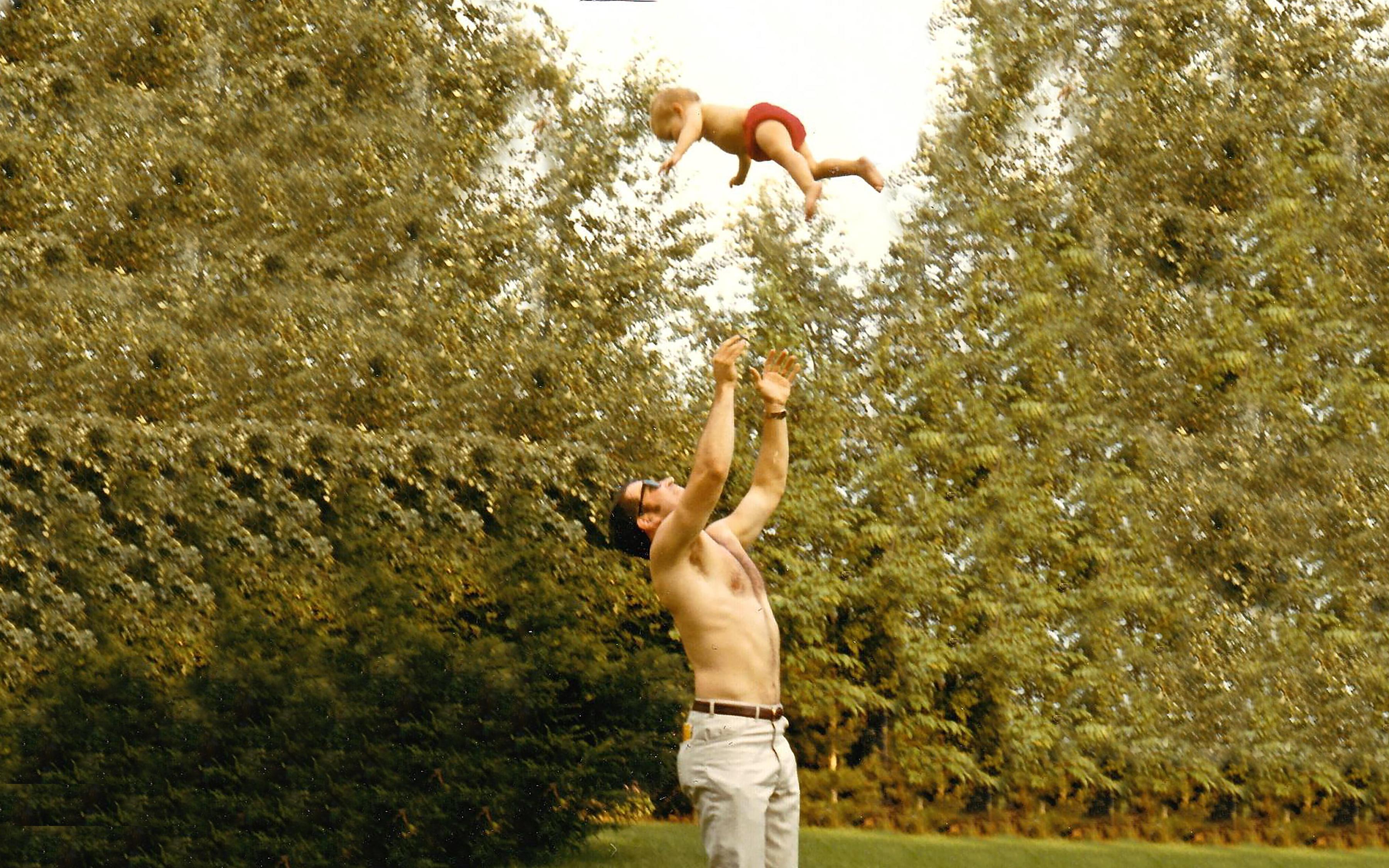 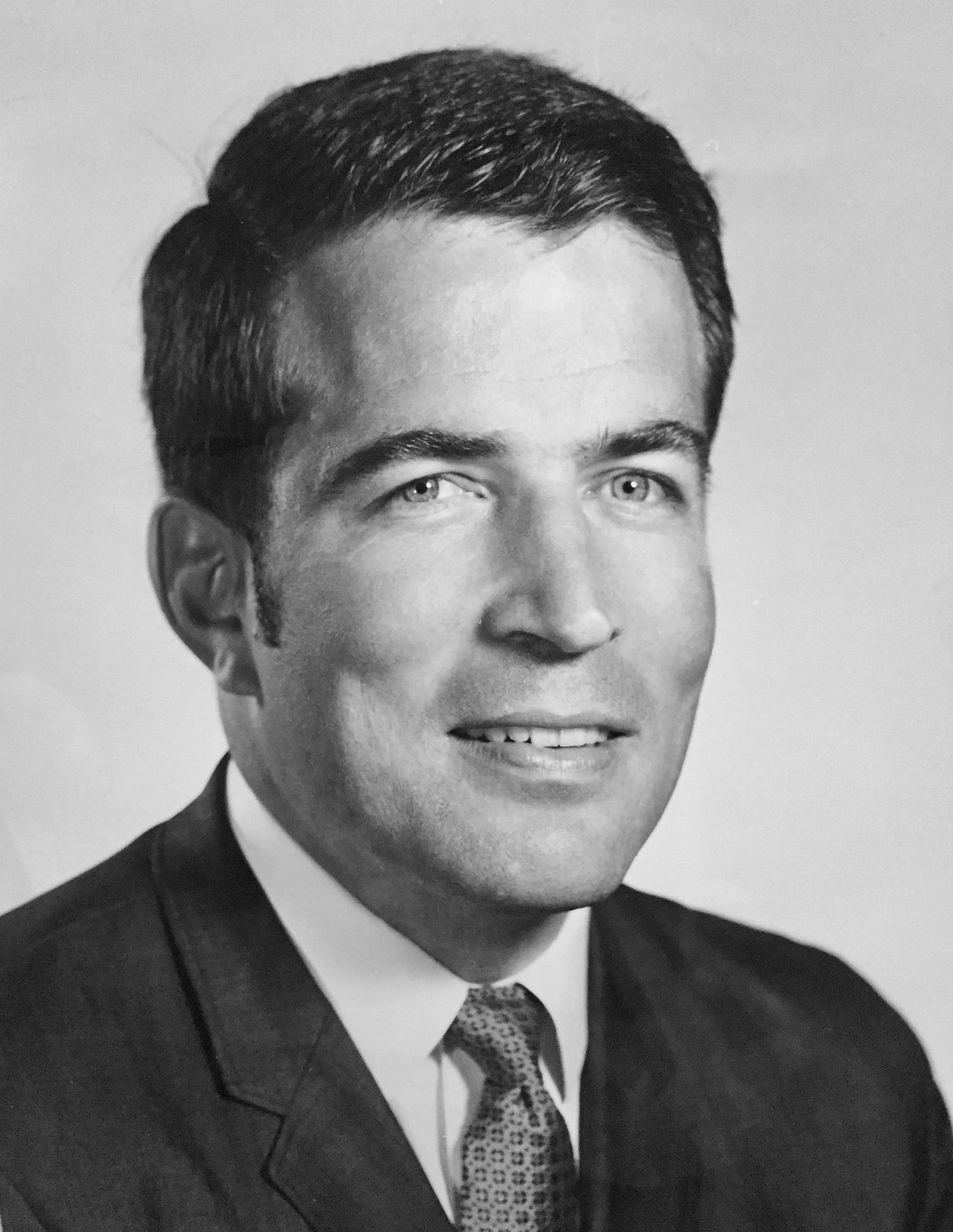 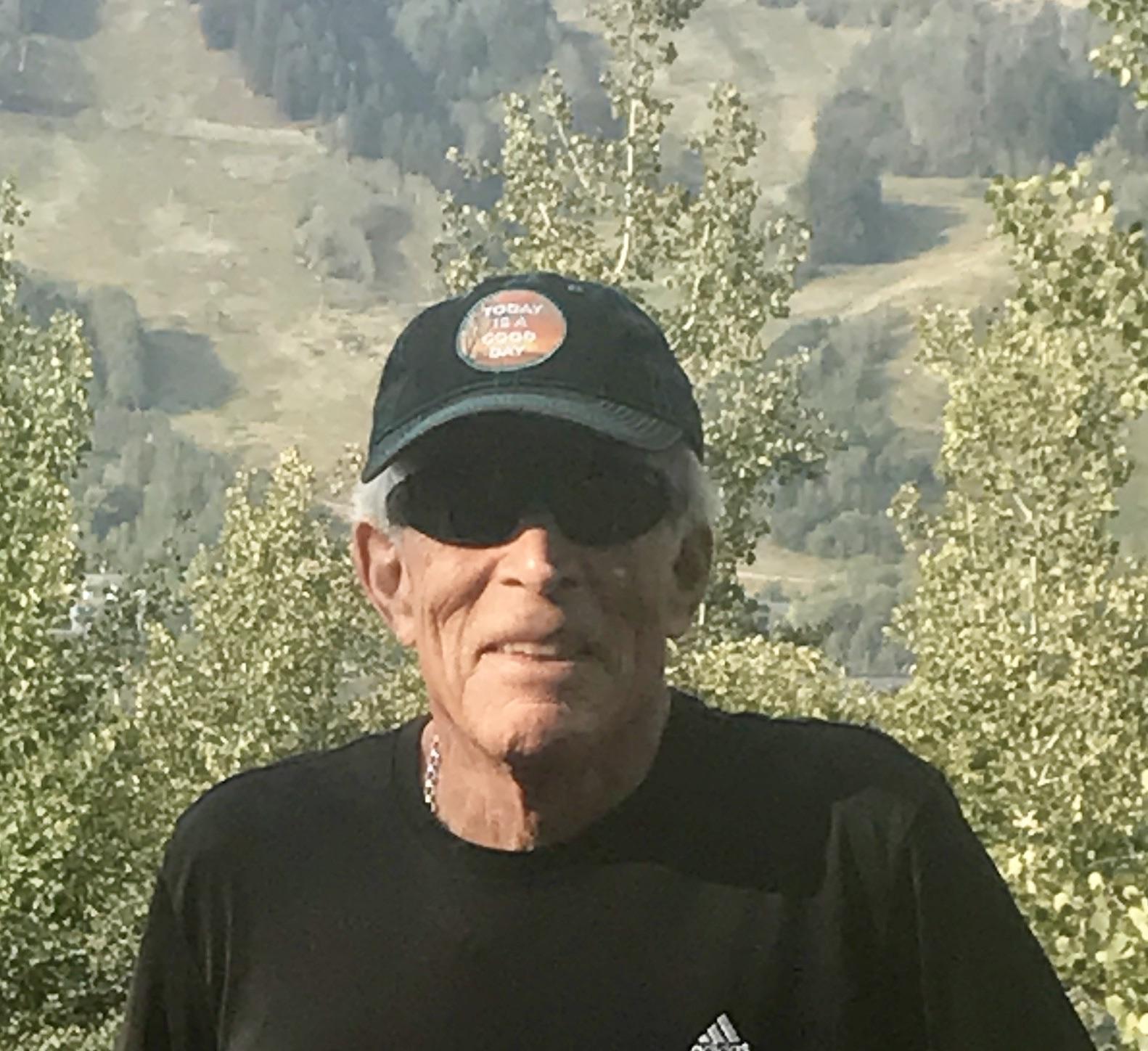 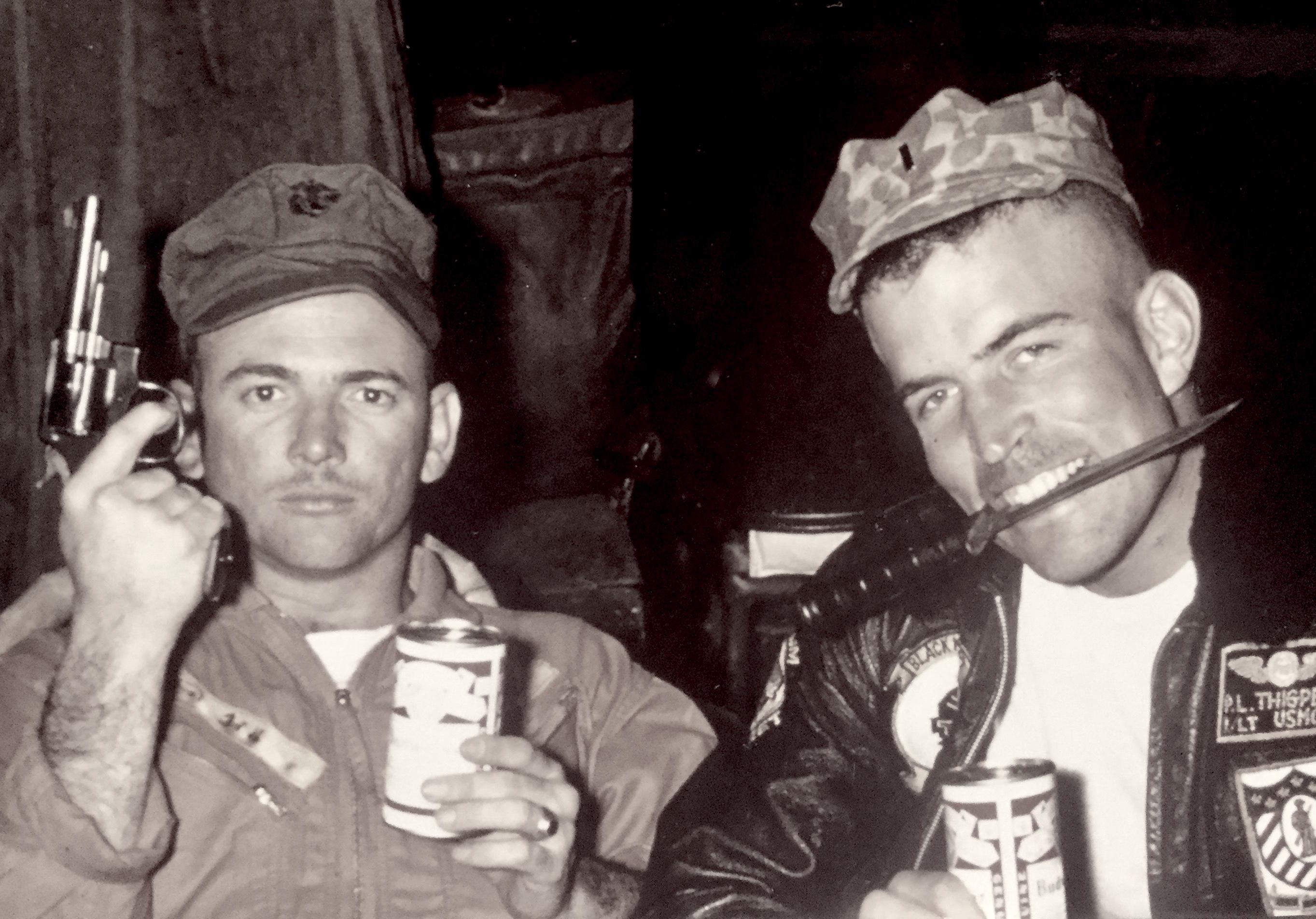 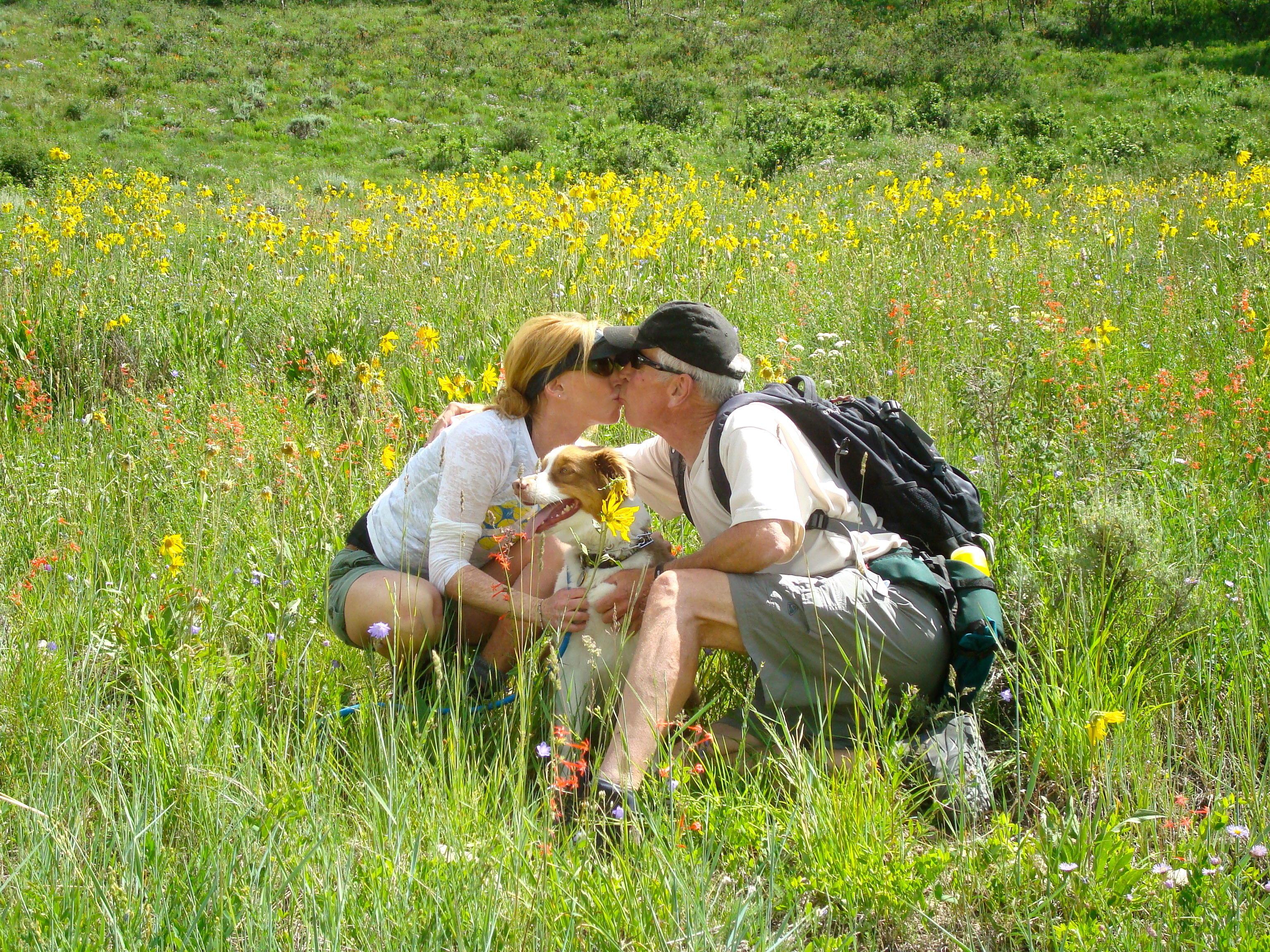 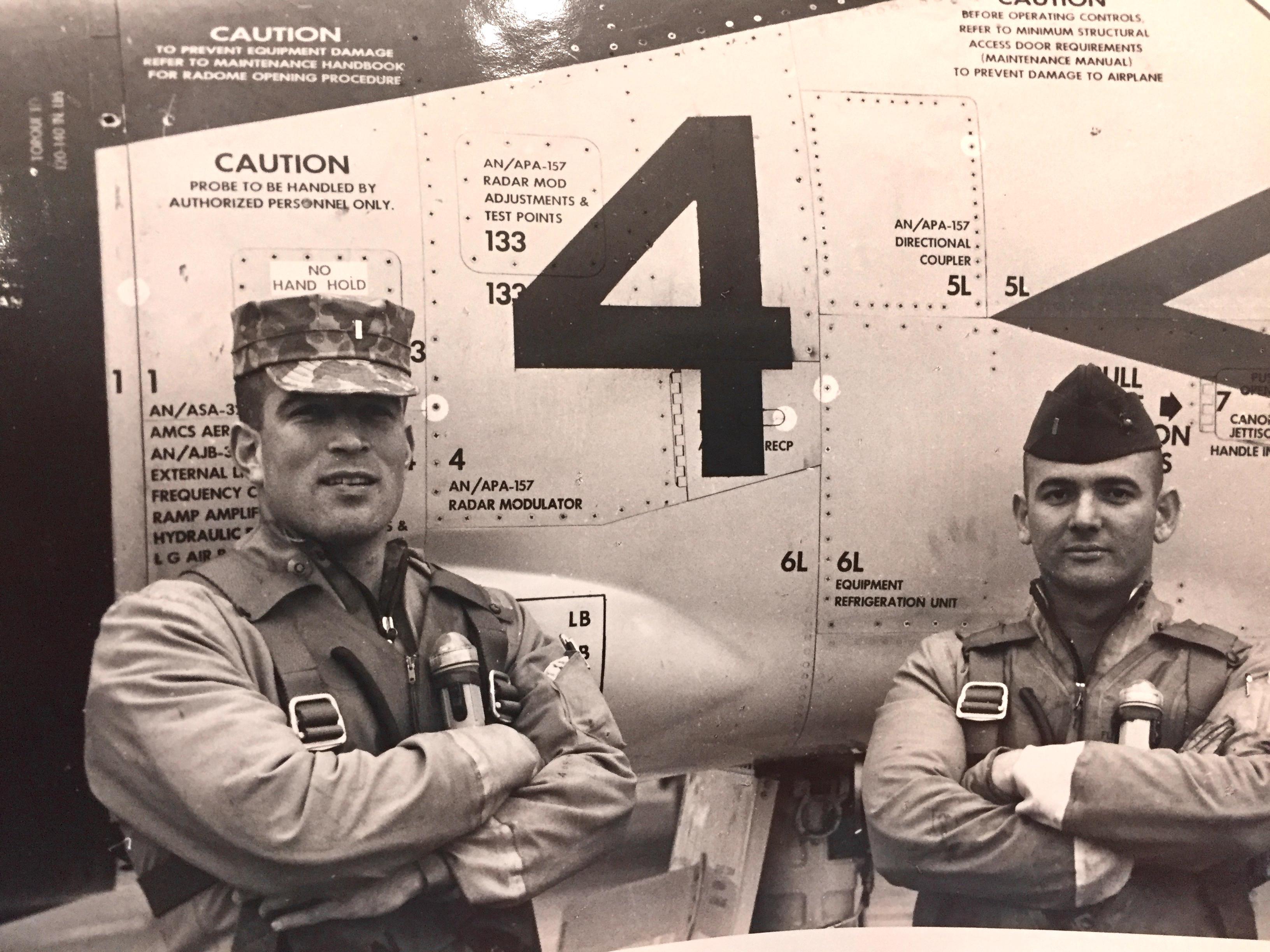 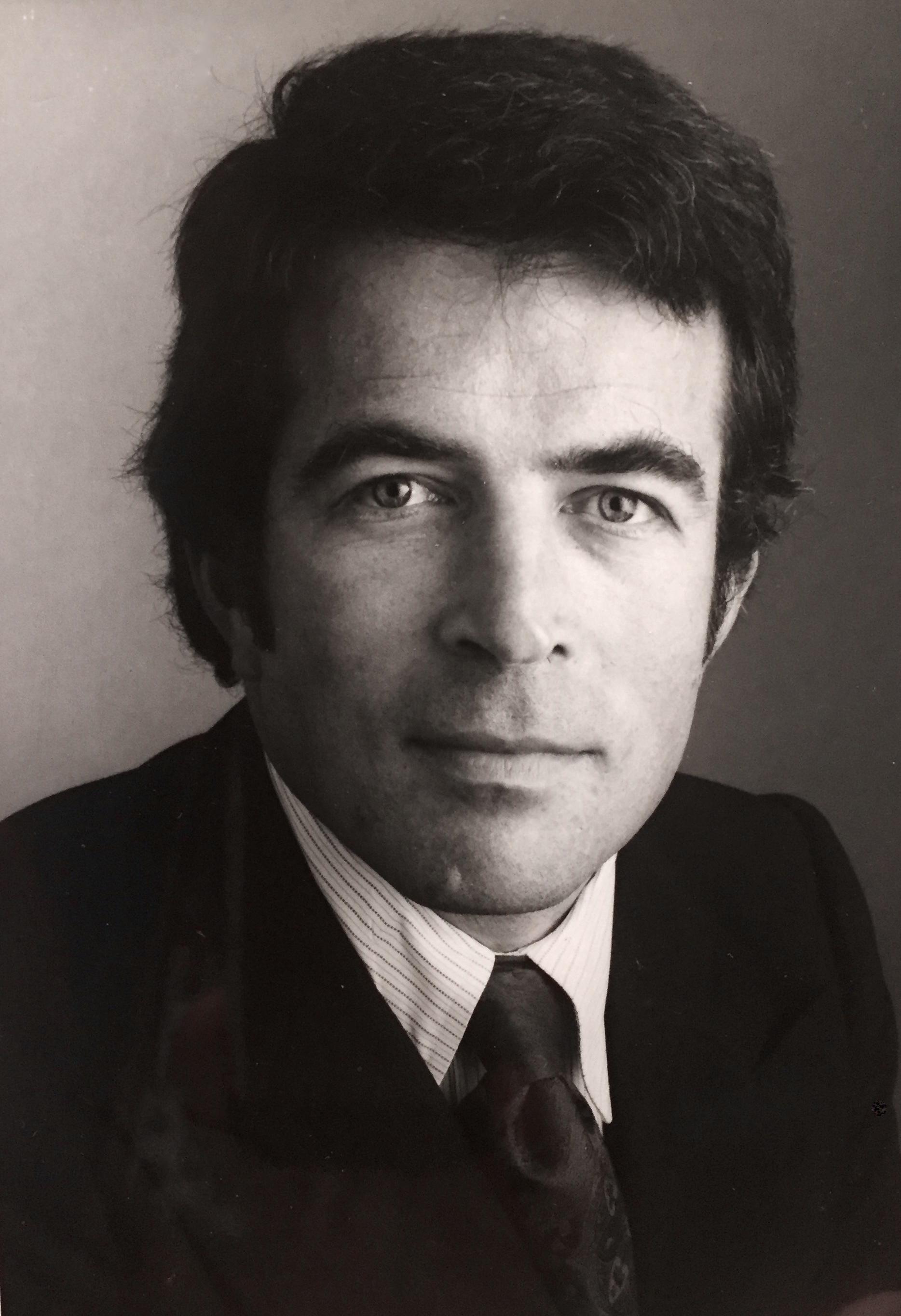 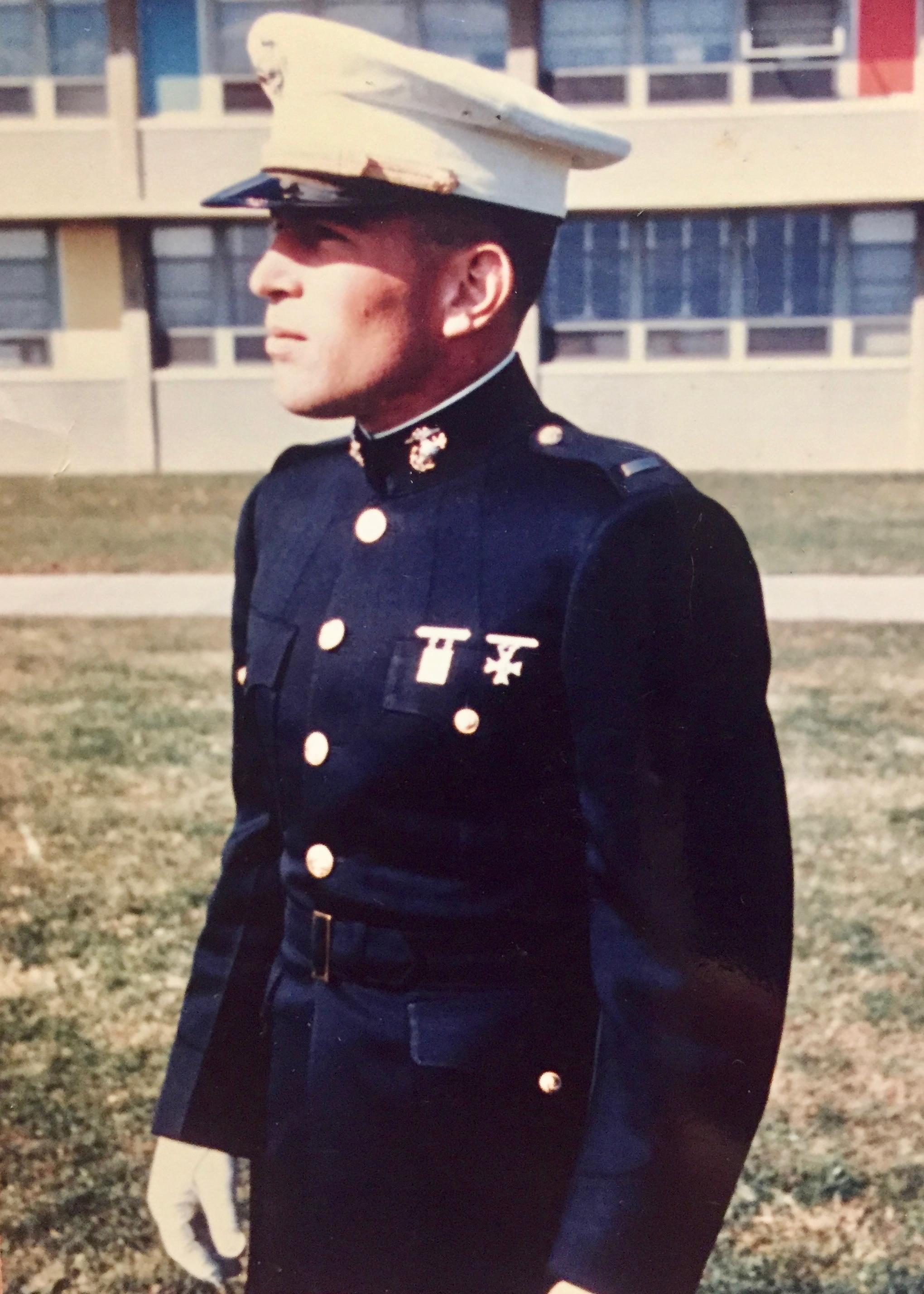 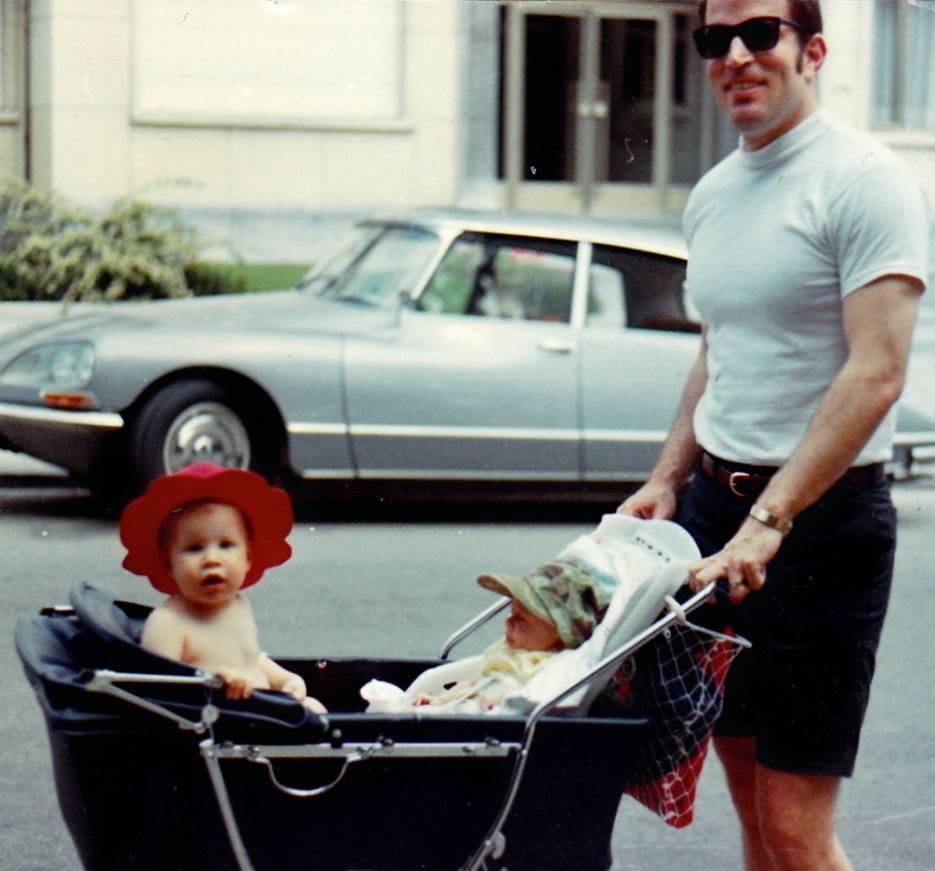 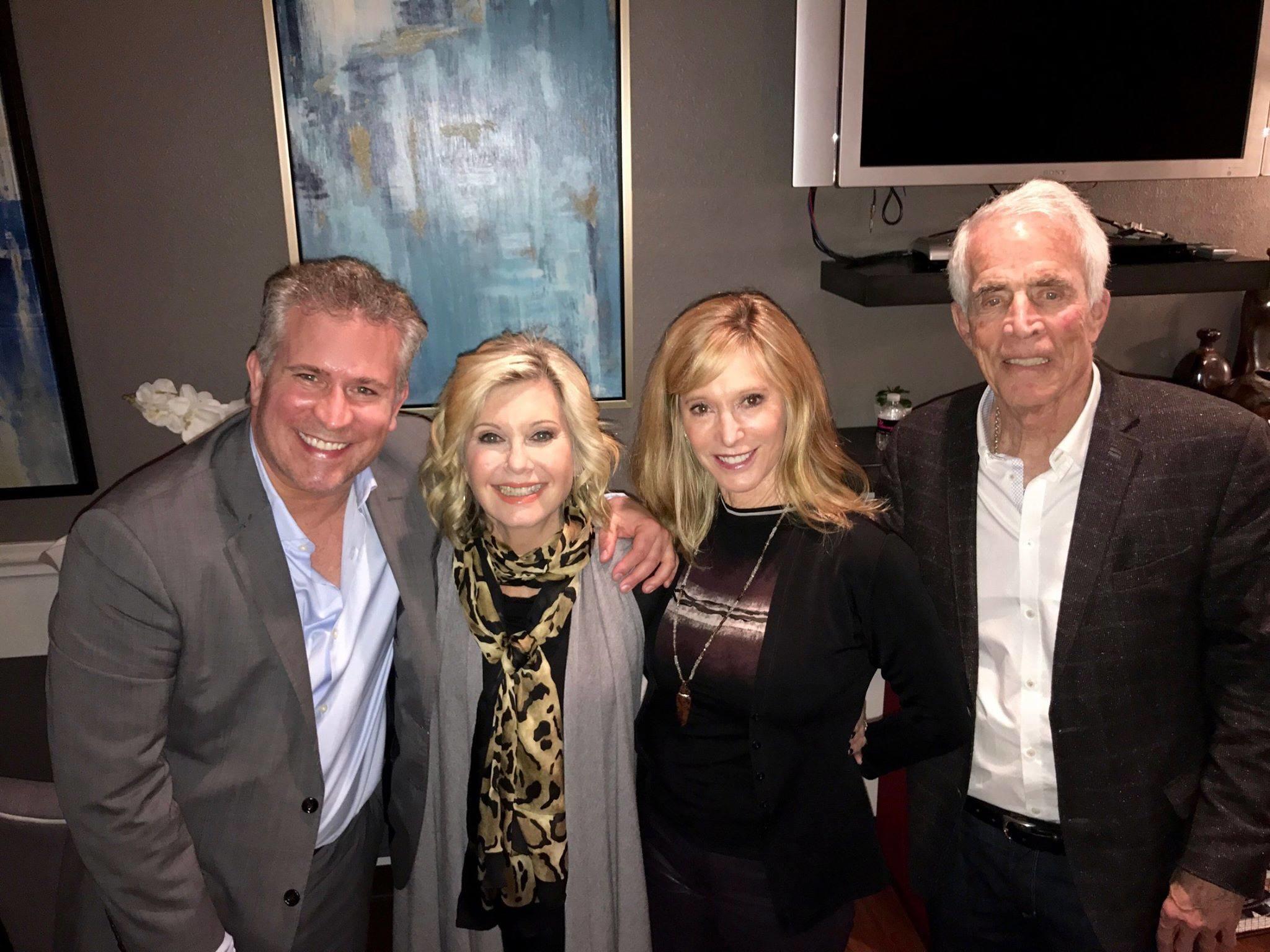 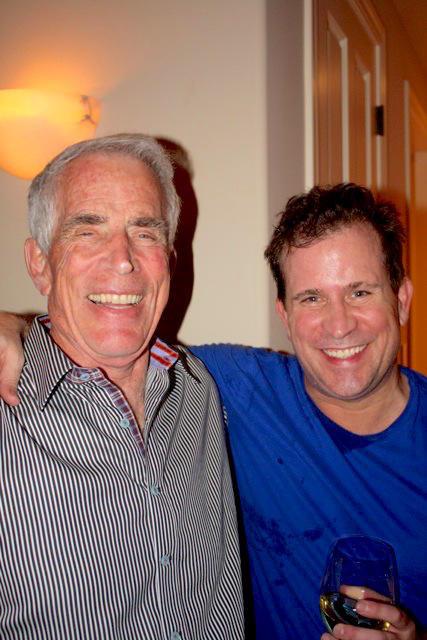 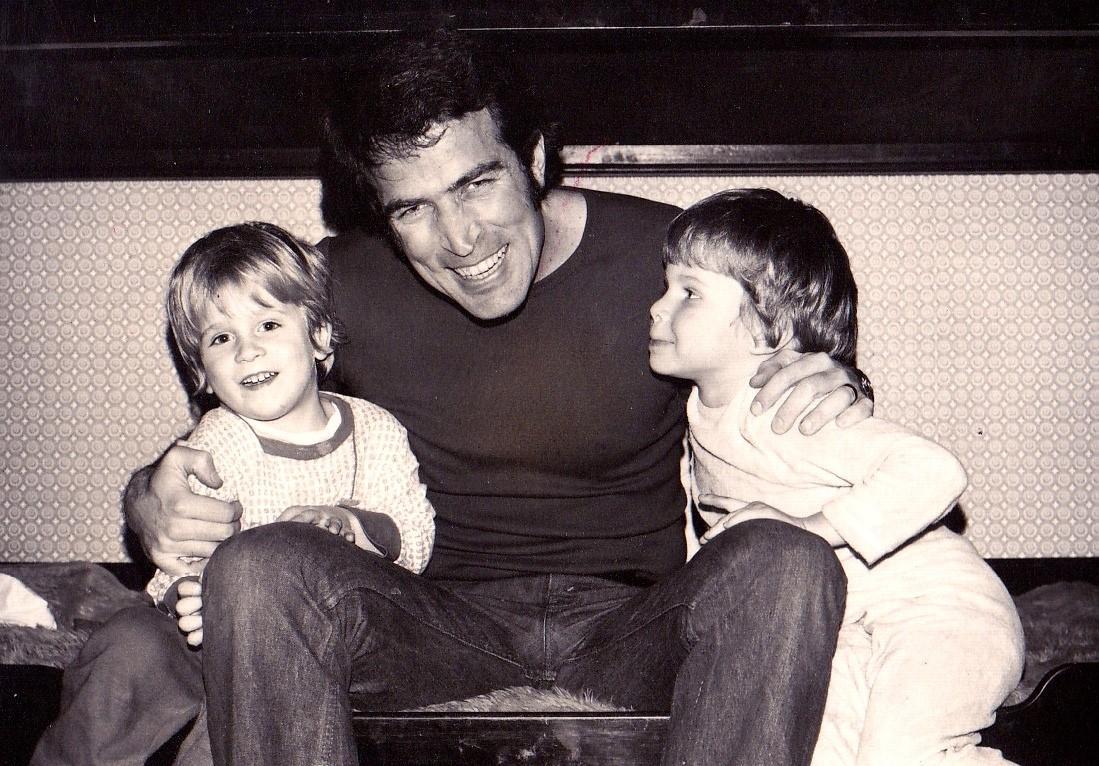 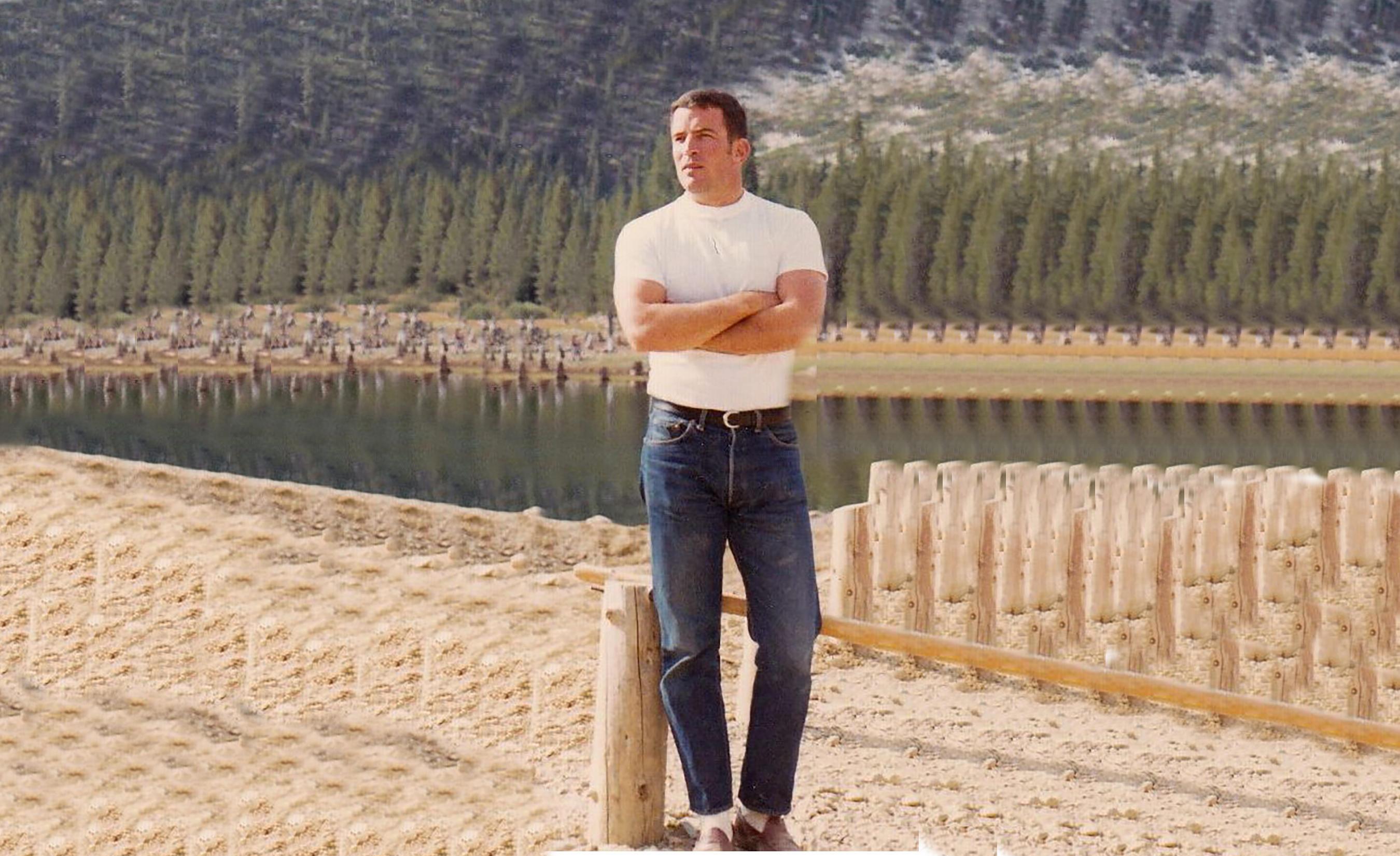 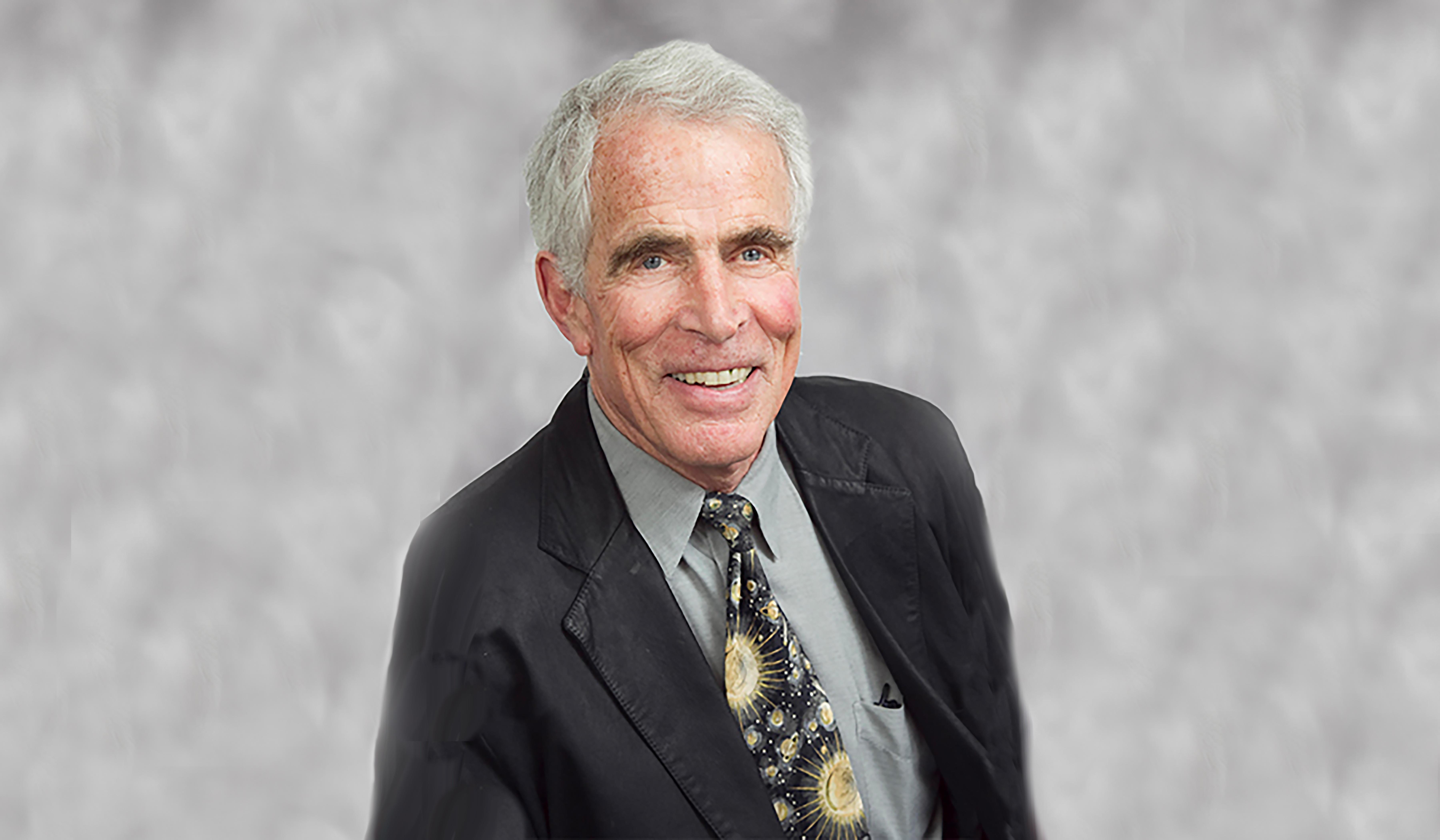 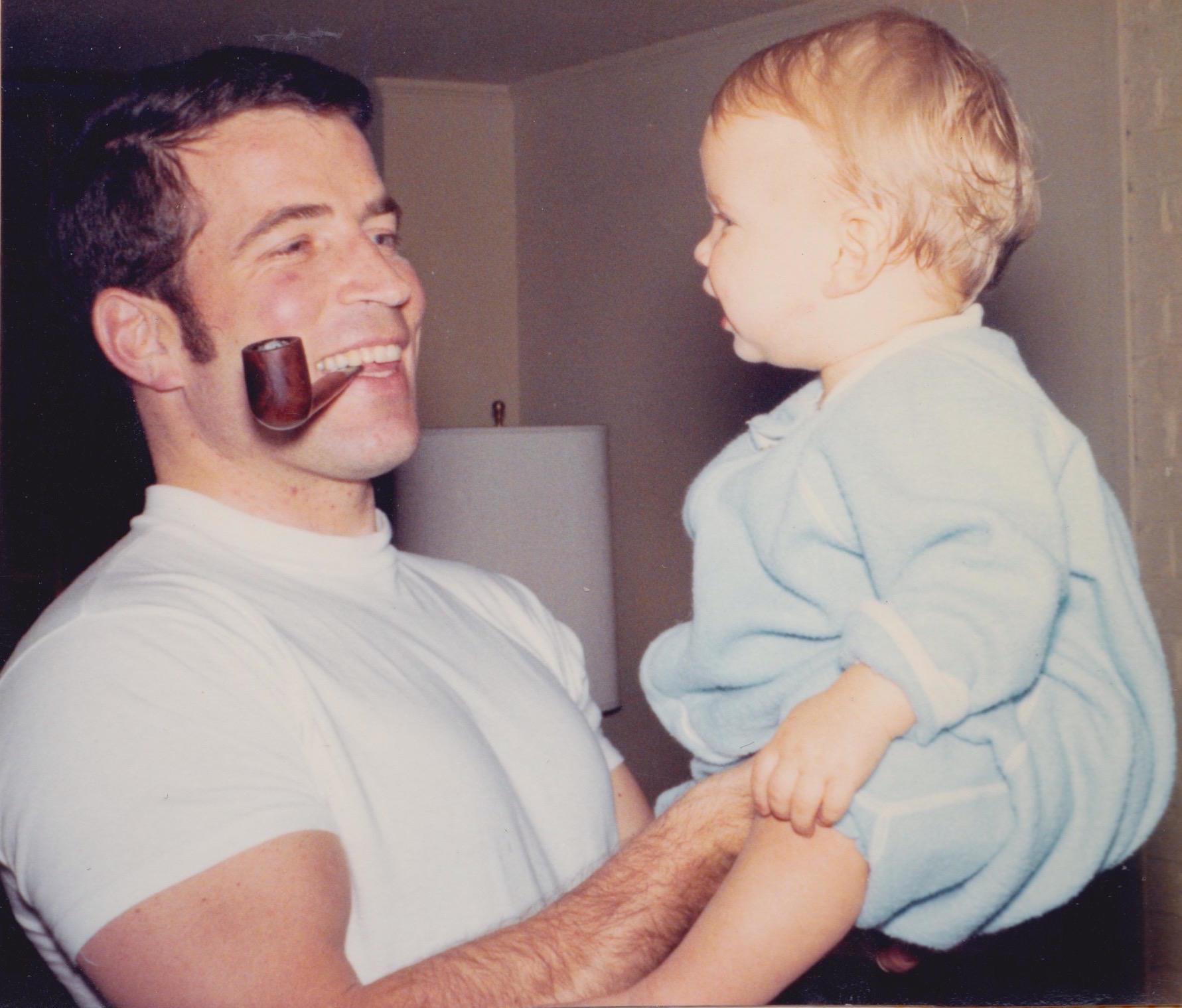 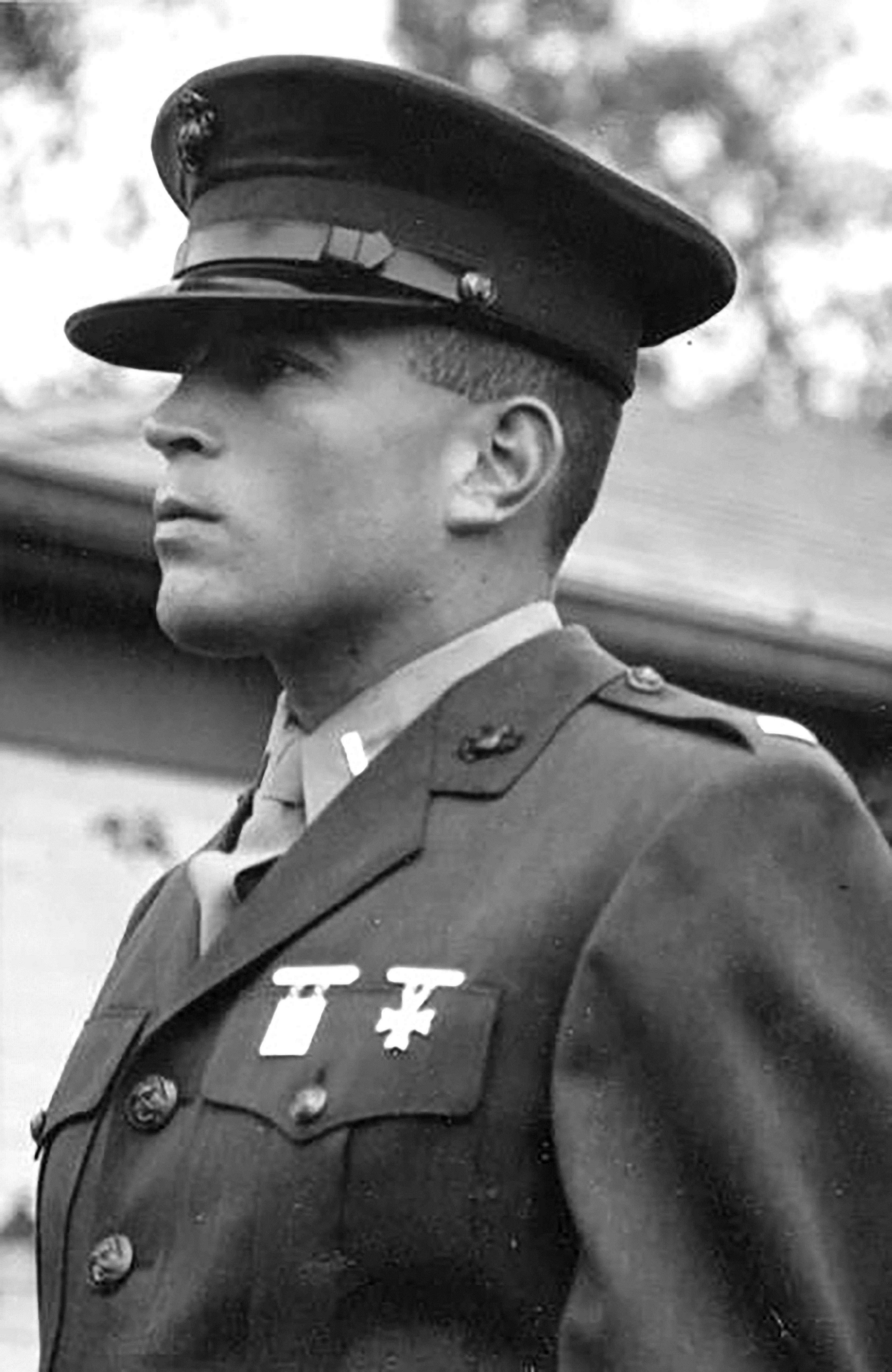 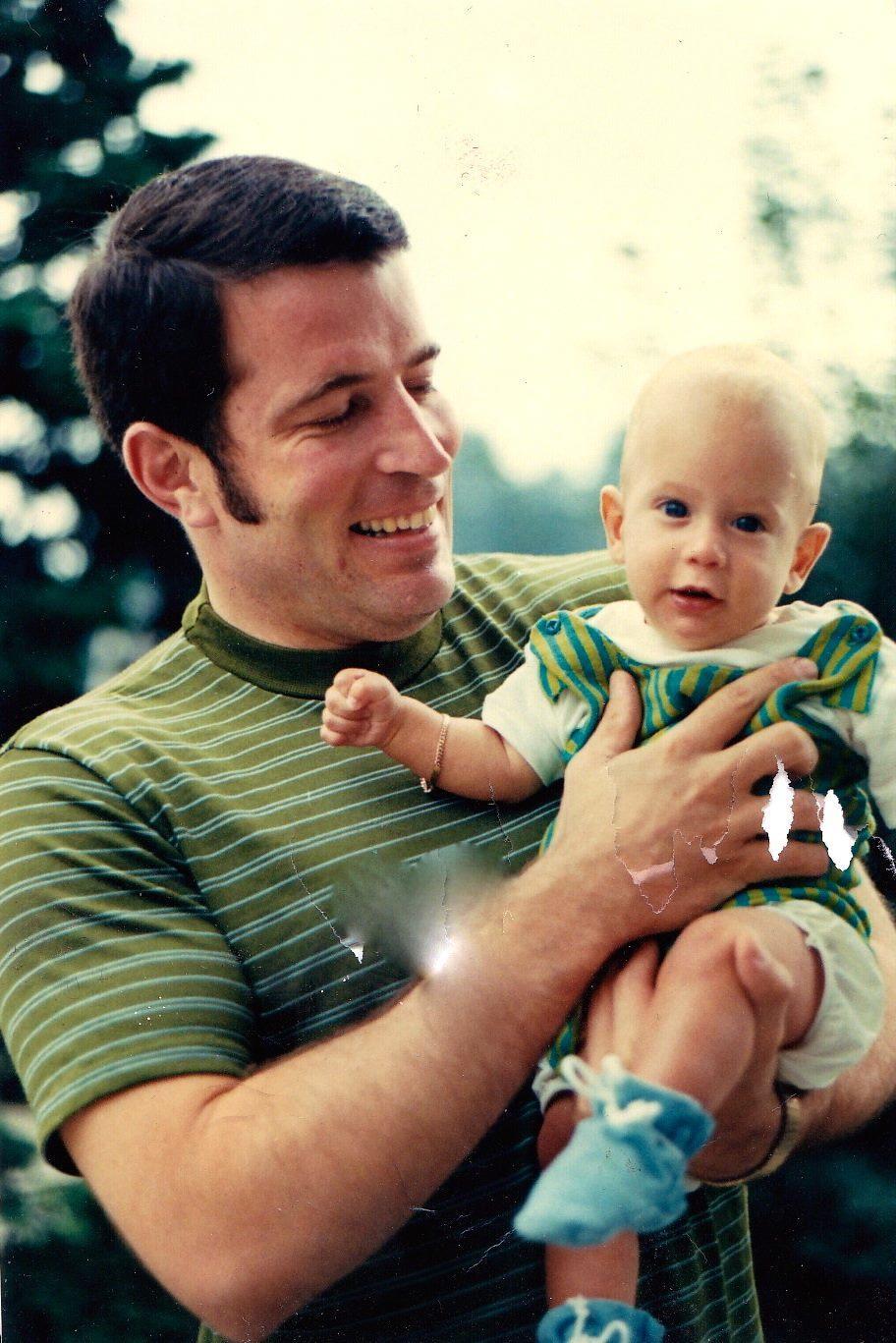 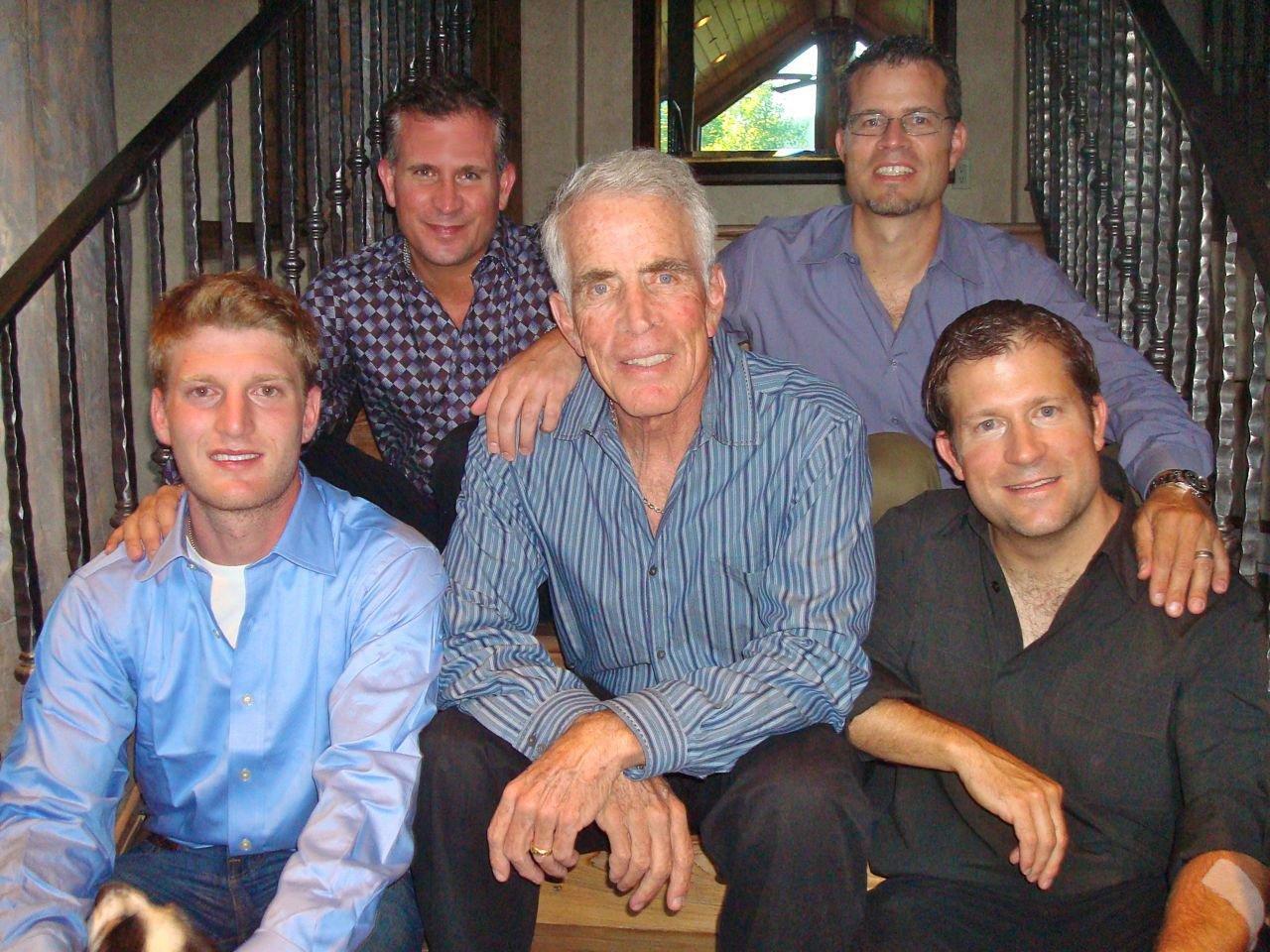 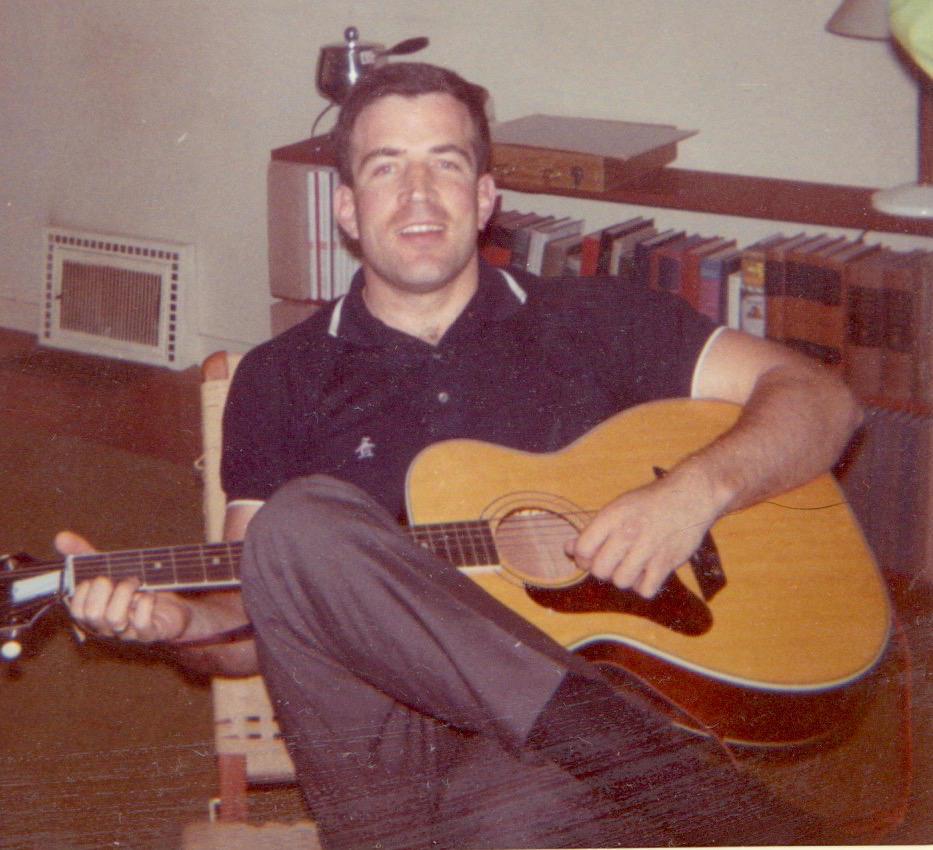 March 10, 2018
Sorry to hear my cousin Pete has passed. So glad we connected for coffee a year ago in Marin. I have passed on the news to my Miller sisters, Niki and Pam. aloha nui loa Peter Lee Thigpen, Bonnie, aka Anahata
February 16, 2018
Pete was my 'little brother' in the Fiji house at Stanford, although, from the get go he was so accomplished in everything he did, that I often felt like I was his little brother.

During the last 5 years or so, Pete and I reconnected, both being retired gave us more time to see one another. We had coffee once or twice a week and discussed everything from politics to sports, our health issues, our families and what was going on in the world.

I think of the Pig every day and cannot tell you how much I miss him. He touched the lives of every person he knew, many in a profound way.

Pete, several of us old Fijis will be joining you one of these days. Wherever that might be, we'll have to renew our coffee sessions.

Bobo
Bob Kahn
November 26, 2017
Pete the words can't describe how much you will be missed by all, especially me. The house won't be the same with you not there physically but your memories there while I was there is something will always remain dear and special to me. Thanks for just being you. God Bless You and finally no more suffering. Your spirit will always be there when I walk in the house and waiting for you to call my name as only you could. You will never be forgotten and always remain in mine and Bill's heart. Rest now my friend. Zeny Buskey
Zeny Buskey
November 23, 2017
Your Dad was quite a guy,. We're so very sorry for your loss.
Rich and Jan Paske
November 21, 2017
Deepest condolences to the entire Thigpen family. Peter was a great professor and will be truly missed by many Haas students. I took his class last fall and enjoyed connecting with him each week. He reminded me of my grandfather who passed a few years ago and was also a Marine. Semper Fi and rest in peace, Peter.
Paul Glover
November 17, 2017
Gordon Edwards
November 17, 2017
We were all friends in Brussels with Pete and Judy and children.I knew him just after Stanford and when he was with Dean Witter also. He was a great squash player and was always fit. My biggest memory was when every executive was fired at Levis Strauss in Brussels except Pete and he was put in charge.This turned out to be the best move Levi Strauss has ever made bar none. It is shame there are not more Pete Thigpens in this world, we will all miss him.
November 17, 2017
Gordon Edwards
November 17, 2017
Pete and his family shared many happy years when we all lived together in Bruxelles, Belgium. Pete was always known as one of the "good guys", we had many memories, happy ones, together as neighbors and close friends. We will miss you Pete and think of you often.
JAY DROSIN
November 16, 2017
Shelly & Family Think only Shelly knows me, I'm the youngest Jim Scatena, son of the Womp who was best buds with Pig. I knew him from going to all those Stanford games as a kid of a Fiji brother. Pete was always larger than life to me as a kid and I can tell you from my Dad's perspective he's was one of the best. He gave me advice once when I asked him out of college for some career inspiration. It was a simple conversation but he told me to think about where I want to live and what makes me happy and try to create something you love to do that allows you to be there. I credit him to this day for ending up in Colorado and creating a great life, great family and great network of friends. It was a small conversation but a life changer. I'm guessing he did that for other folks as he made his way through life. Thanks Pig! Our family and the whole Fiji family will certainly miss you.
Jim Scatena
November 15, 2017
So sorry to hear of the loss of a 2nd cousin I just learned of while searching for a memorial for our mutual great-grand-mother, Verona Skrine Thigpen. I never got to meet him, but his truly biography reveals a life well spent, full of meaning and adventure.
John deTreville
November 15, 2017
Pete and I spent hundreds of hours together; I never met a man as gifted, intelligent, fair and dynamic as Pete and never will. His leadership skills, breath of interests, and ability to apply the lessons and ironies of life to current issues was inspirational. He was far and away the best person I ever worked for. I will be forever grateful for having known and counting him as a friend.
Dick Weir
November 14, 2017
You were a great professor and will be missed dearly, rest in peace.
Soumya A
November 13, 2017
What an exceptional man in so many ways! A huge loss for his family and friends, and as well for the world. He is the finest example of what is good, and what we need more of in our society. Heartfelt condolences to all. Rest in Peace Pete.
Anne Moltchanoff
November 13, 2017
My brother was a wonderful brother, husband and father.

He will never be forgotten.

Listen to Carly Simon sing "Eternal Life" to feel where he is on his new journey.

Steve Thigpen
November 13, 2017
Dear Shelly and Zach,
I've known you all since Bacich and have always thought of you as a wonderful family living a charmed life. Pete was a great conversationalist and an outstanding man. You were all so fortunate to have each other. He always beamed to be your husband and your father.
Thinking of you and sending much love,
Lauren Howard Reese
November 12, 2017
Dear Shelly and family, it is with great sadness I feel upon hearing of Peter's passing.....much too soon!!! He was a very special man. Thinking of you during this difficult time. Much love, Shirl Ackeret
Shirl Ackeret
November 12, 2017 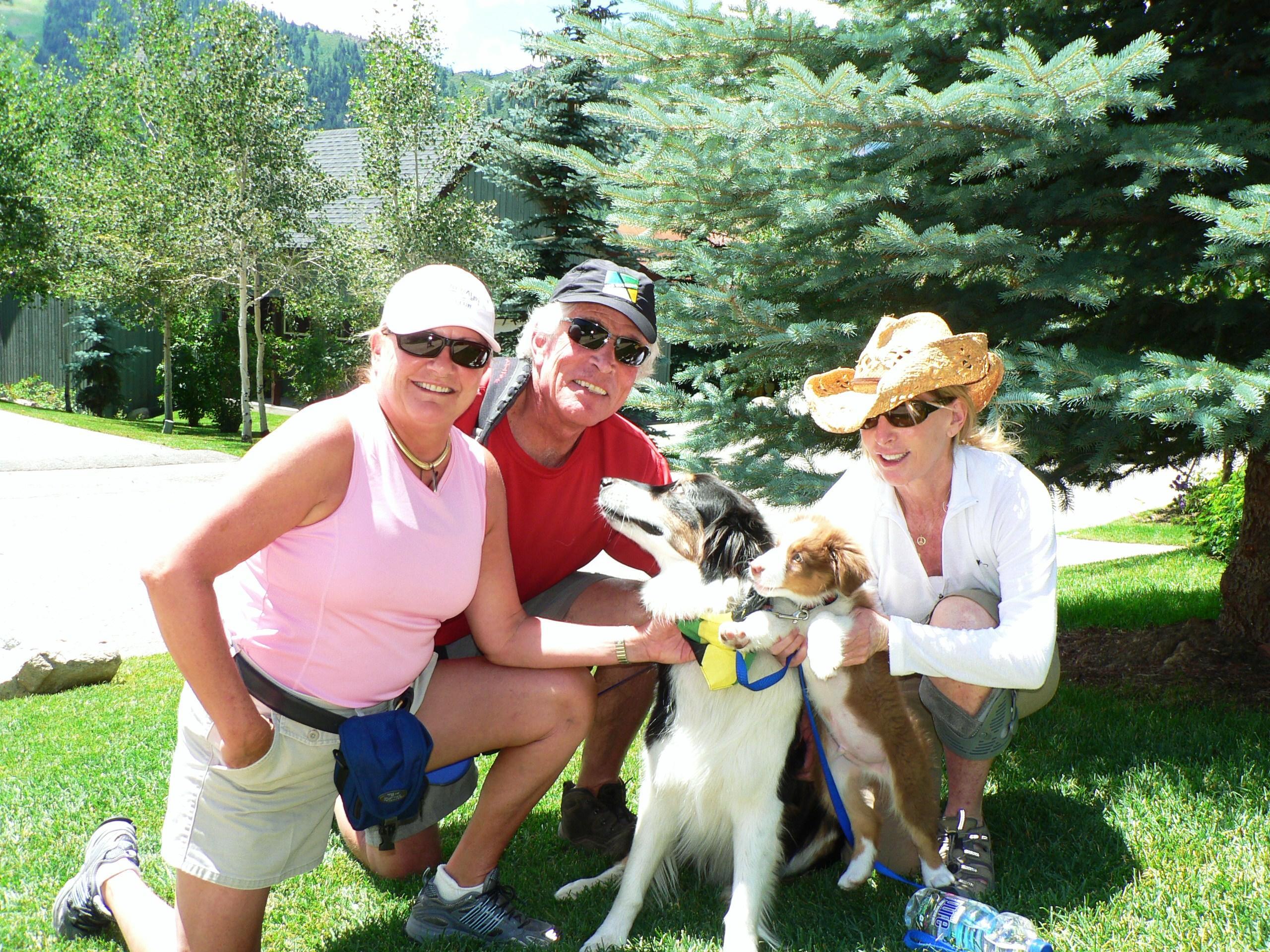 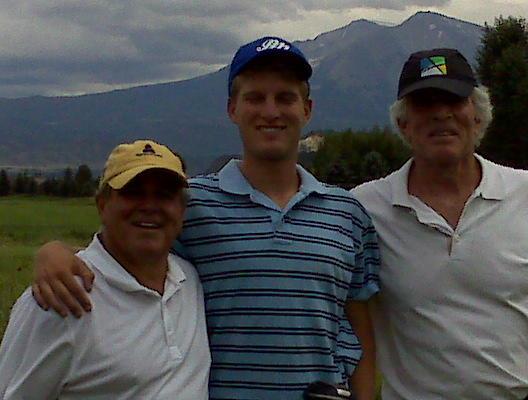 Missing Pete
November 12, 2017
I was Pete's Secretary/Admin. Assistant at Levi's in Brussels for his time there. First as Managing Director and on to become President - Europe. He was an exceptional person to work with. Never expecting from others what he did not do himself. He inspired us all.
As his secretary I also saw his private side. His love for his family and his endless energy playing squash in the lunch hour, coaching Little League Baseball after hours etc. Pete was a one off in many ways.

We kept in touch (at Christmas) over the years and I will miss those annual "updates". Stuart and I send our condolences to all of Pete's family.
Micheline Thorpe
November 12, 2017
I was so fortunate to be married to Pete for 18 years, living mostly in Bruxelles and lLondon. He opened the exciting, varied world of Europe to me, which I will always be grateful. He set me on an international pasth, which I have maintained over the past 20 years, loving in Paris.
Though I have seen him infrequently throughout the past years, I will miss his presence in my life, but especially in my sons and grandchildren's.
Judith Anderson
November 11, 2017 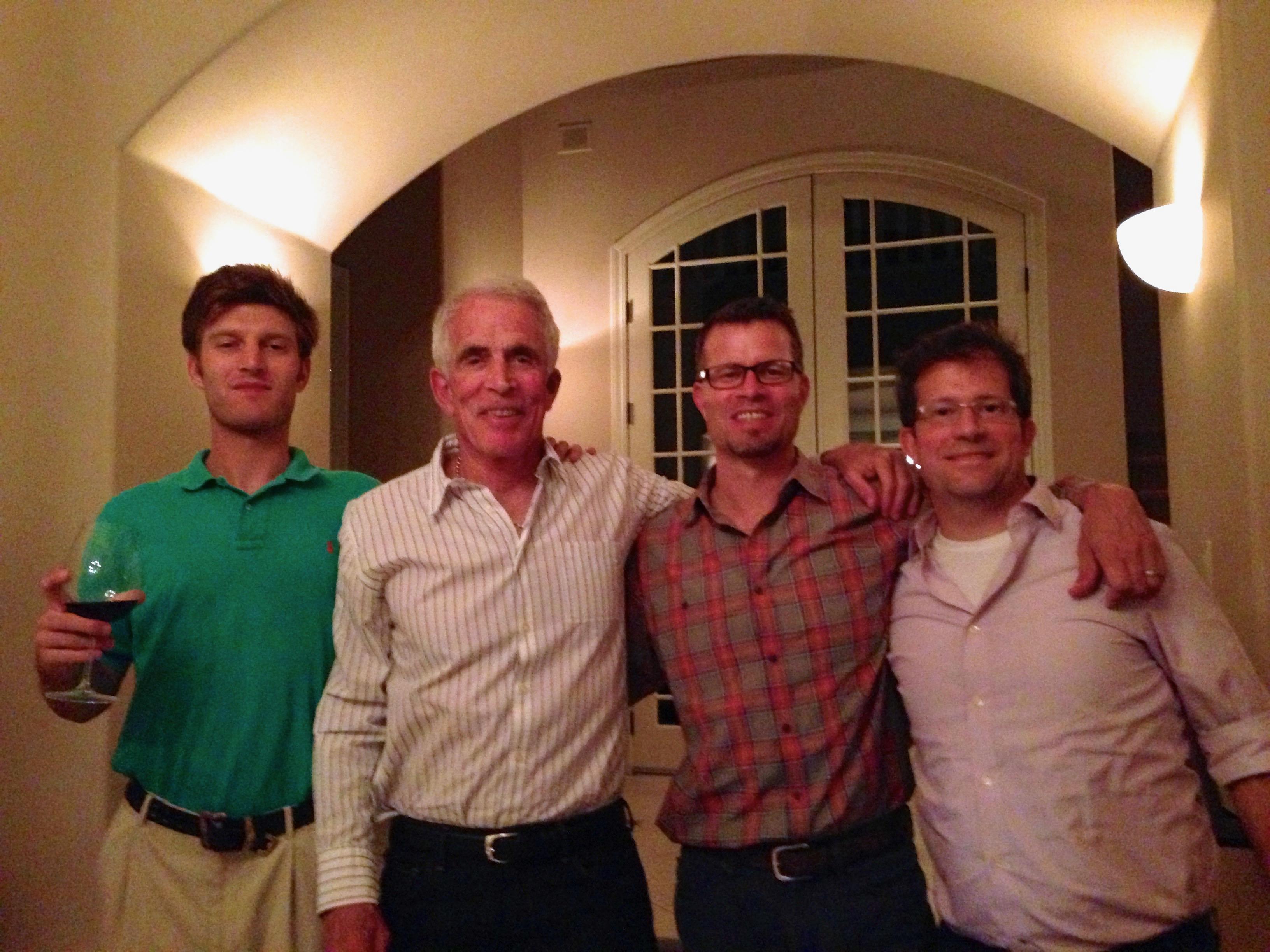 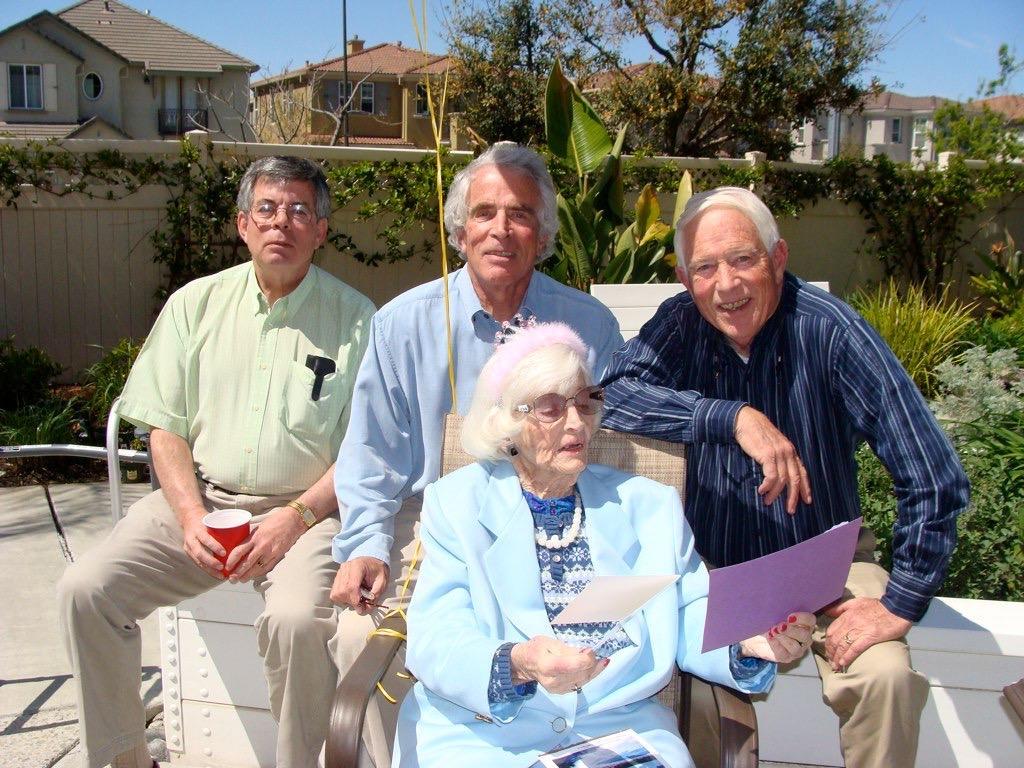 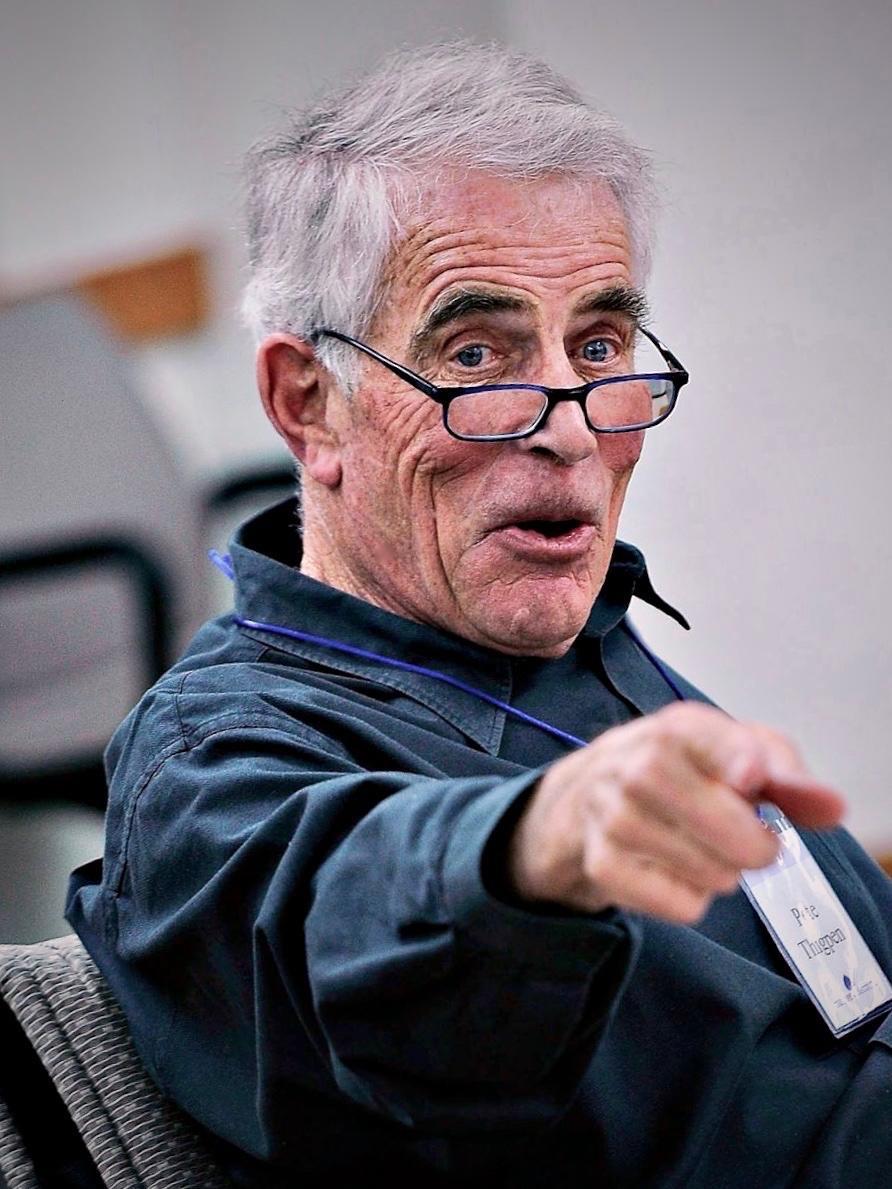 Craig Thigpen
November 11, 2017
Pete was the best brother a guy could ever ask for.

Steve Thigpen
Steve Thigpen
November 11, 2017
We are so sad to know our neighbor Pete has left us. We will miss his brilliant, ever present smile; his concern for our little community; and his ready laugh. No more sightings of Pete off on a hike or bike ride. Our memories will stay forever of dinners and wine shared around your table. We hold your family in our heart and prayers. We light this candle to keep Pete's fire for life burning.
Nancy & Joe Nevin
November 10, 2017
Showing 1 - 54 of 54 results