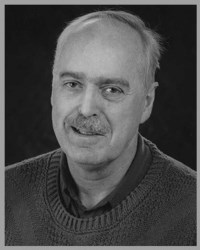 Phillip Samuel Berry, pioneering champion of environmental law, passed away at home on Sunday, September 22, 2013, after a long battle with cancer. He was 76.

Born in 1937 in Berkeley, California, to Samuel Harper Berry and Jean Kramer Berry, Phillip graduated from Berkeley High School in 1954, Stanford University in 1958, and Stanford Law School in 1961.

The law became his vehicle for affecting change in the world, and he was exceptional at its practice, particularly at litigating. He was also a fierce advocate for those who'd been treated with inequity or injustice.

He began his legal career with his father, Samuel Berry, and eventually Phillip came to lead the Law Offices of Berry & Berry in Oakland, CA. His 30-plus years experience as a trial attorney made him a force to be reckoned with. He had one of the best legal minds in the profession, yet he remained humble, exhibiting the highest level of integrity throughout his career. He litigated many cases on a pro bono basis and was most gratified when helping the underrepresented.

A lifelong leader of the Sierra Club, Phillip served three terms as the Club's National President: 1969-1971, at which time he was the youngest-serving president, and 1991-1992. He served on the Sierra Club Board of Directors for thirty years. During his tenure, he was instrumental in several key developments within the environmental community. Most significantly, he co-founded the Sierra Club Legal Defense Fund, later Earthjustice, which helped the environmental movement turn its ideals into political and legal realities. For this and many other related accomplishments, in 1978 he was awarded the John Muir Award, the Sierra Club's highest honor. He was appointed to the California Board of Forestry by Ronald Reagan in 1974 and served in that same position under the Brown and Deukmejian administrations. Additionally he was an Advisory Board member to the UC Berkeley College of Natural Resources as well as serving as a Board member to Pacific Environment, a nonprofit organization dedicated to protecting the environment of the Pacific Rim.

He was a loving husband and father, a natural wit, an avid outdoorsman, a naturalist, a mountain climber, a defender of the environment and an advocate for justice. He will be dearly missed by his family, friends and colleagues.

We welcome your attendance at a celebration of his life on Friday, October 11, 2013, at 1:00 pm at Shiloh Church, 3295 School St. Oakland, CA 94602. In lieu of flowers, the family would like donations made to any one of the following charitable organizations in which Mr. Berry was either actively involved or whose purpose aroused his passion.

Published by San Francisco Chronicle from Sep. 26 to Sep. 29, 2013.
To plant trees in memory, please visit the Sympathy Store.
MEMORIAL EVENTS
To offer your sympathy during this difficult time, you can now have memorial trees planted in a National Forest in memory of your loved one.
MAKE A DONATION
MEMORIES & CONDOLENCES
8 Entries
Dear Carla,
I was happy to meet you at BHS Reunions. Phil was an outstanding member of our class and a shining
example of what a citizen of our earth should be. You and his family are in my thoughts.
Sincerely,
Marilee Goodwin Maslin
Marilee Maslin
October 3, 2013
This is sad news with the loss of a wonderful and wise man, Phil Berry.
I, as a member of San Benito Conservation Alliance, have been fortunate to meet him as he fought for our environmental causes in San Benito County. His humor still brings laughter to our hearts. Reading the outstanding life history is an inspiration we need and are blessed with. Phil's exceptional accomplishments and activism for Nature
and its precious natural resources will continue on.
jeannette langstaff
September 29, 2013
David, Douglas and Dylan,

It is hard to say goodbye to one's Father. We know you will miss him and we are sorry.

Patti and Ed White
September 29, 2013
Phil was a tremendous person and one that took time to help us in San Benito County. I had the great pleasure of meeting Phil a few years ago when he and other like minded people met with the County Planning Department.

I was fortunate to have been at that meeting and will always remember his dedication and concern in attempting to protect our Ag land and open space.

I will always remember his willingness to support those of us that ran for office and appreciated his generosity.
Marian Cruz
September 29, 2013
David, Dylan, and Douglas~
I am so sorry for your loss. My heart is with you all and the rest of your family. Your dad was a passionate force of nature which is brilliantly evident in you, his sons and continues on vibrantly in each of your lives. My thoughts & prayers are with you and my
arms send distant hugs.
Lots of Love-
Shauna Freeman Lewis & Family
September 28, 2013
His life made a difference...what a gift to the world.
Maureen Horsley
September 28, 2013
Carla:
My condolences on the loss of your husband. May the wonderful memories that you shared with him continue to provide a measure of comfort
to you until God's promises are fulfilled. Psalms 37:11,29.
September 27, 2013
Clyde MacGowan
September 27, 2013
Showing 1 - 8 of 8 results