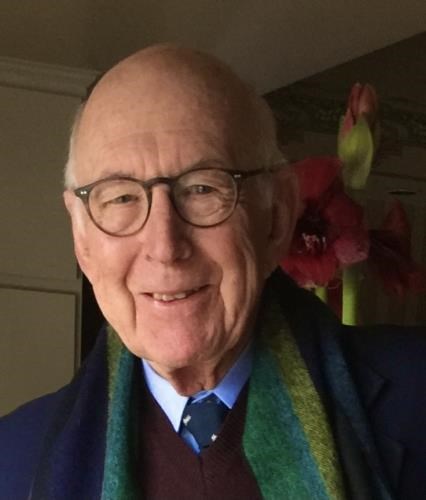 In 1963, he married Gretchen Lou Gebeck and they raised two sons Cameron Neal and Colin Richard.  Dean was preceded in death by his parents Dr. Cameron MacGregor and Velma Walters Smith, and brother David Lee Smith.  He is survived by his wife Gretchen and his two sons Cameron and Colin, his brother and sister-in-law Dr. Robert Neal and Rori Smith, and numerous nieces and nephews.

Dean was a private practitioner in Internal Medicine and Rheumatology for 50 years in Walnut Creek, and was Medical Director of Rehabilitation Services at John Muir Hospital for 25 of those years.

Dean was a published author regarding the history of medicine, medical practice, mysteries and other fiction.  He was, most importantly, an avid scholar and author on the subject of Herman Melville and all his works.  In addition, he wrote several articles for Pool and Billiard Magazine, focused on the psychology of winning…an interest sparked by his son Colin's competitive involvement in the game.

Memorial service will be held at a later date.  In lieu of flowers, please consider donations to the Henry Murray Endowment of the Melville Society, Steven Olsen-Smith, Dept. of English, Boise State University, Boise ID 83725, or the Mayo Graduate School of Medicine, Rochester, Minnesota. Please express condolences at oakparkhillschapel.com

Published by San Francisco Chronicle from Jan. 28 to Jan. 31, 2021.
To plant trees in memory, please visit the Sympathy Store.
MEMORIAL EVENTS
To offer your sympathy during this difficult time, you can now have memorial trees planted in a National Forest in memory of your loved one.
Funeral services provided by:
Oak Park Hills Chapel - Magleby Family Northern California
MAKE A DONATION
MEMORIES & CONDOLENCES
Sponsored by Oak Park Hills Chapel - Magleby Family Northern California.
2 Entries
Offering our deepest condolences during this difficult time.
The staff of Magleby's Oak Park Hills Chapel
January 30, 2021
My condolences to the family . May you find comfort in your treasured memories and Gods promise to return our loved ones . 1st Thessalonians 4 : 13 & 14 .
January 28, 2021
Showing 1 - 2 of 2 results