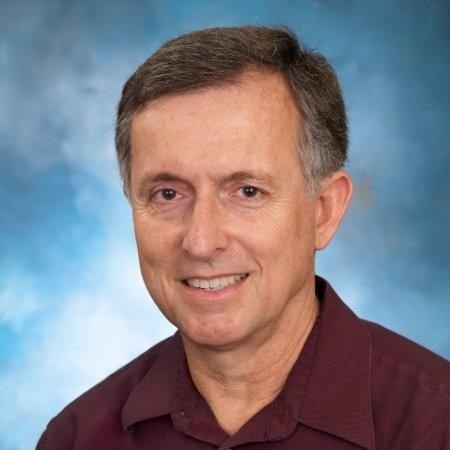 BORN
1958
DIED
2021
Robert "Robby" Beyers
June 20, 1958 - April 12, 2021
On Monday, April 12th, 2021, Dr. Robby Beyers passed away at the age of 62 from complications of ALS.
Robby was born on June 20th in Ann Arbor, MI to Bob and Alice M. Beyers and grew up in the suburbs of Washington D.C. Being one of the most hard-working, intelligent, and stubborn people you'd ever meet, Robby worked his way to having five degrees: an MS, BS, and PHD from Stanford University and an MBA and JD from Santa Clara University.
For many years Robby worked as a material scientist at the IBM Almaden Research Center, years where, amongst other accomplishments, he co-invented single-wall carbon nanotubes and developed microscopy techniques which are now used throughout the semiconductor industry. His knowledge of material science leant itself well to his next career as a patent attorney, where he authored hundreds of patents, including the "iPhone Patent" (U.S. Patent No. 7,479,949) for the iPhone's user interface. As a partner at Morgan Lewis LLP he mentored over a hundred aspiring law students.
The job Robby loved most was being the unofficial photographer for the Stanford Marching Band. For over 40 years he captured the RTFO antics of Stanford University's famous scatter band. Even after his diagnosis of Lou Gehrig's Disease in 2018, Robby continued to work on new projects. Despite his growing paralysis, he photographed two more seasons for the band alongside his son Danny, wrote and published a self-help book, compiled decades of band shots into photo books, and even managed to travel across the country to visit his beloved summer home in Vermont. At the time of his death he was participating in an experimental brainwave mapping study through UC San Francisco which will aid future ALS patients and others by allowing computers to directly translate brainwaves into communication. His signature dry humor never wavered throughout his treatment and he was known to claim "ALS Privilege" whenever a situation arose that required him to get preferential attention or an extra serving of his beloved Ben & Jerry's ice cream.
Robby was preceded in death by his father, Bob. He leaves behind his mother Alice, wife Elena, sons Bobby and Danny, brother Bill, sister Amy and her husband Craig, nephews Kurtis, Kris and Nik, stepson Will, and countless friends, mentees, caregivers, coworkers and band members. Memorial services are being scheduled for June 2021 at the Stanford Band Shak--more details to follow.
Published by San Francisco Chronicle from Apr. 16 to Apr. 17, 2021.
To plant trees in memory, please visit the Sympathy Store.
MEMORIAL EVENTS
To offer your sympathy during this difficult time, you can now have memorial trees planted in a National Forest in memory of your loved one.
MAKE A DONATION
MEMORIES & CONDOLENCES
13 Entries
Extraordinary human and photographer. Best wishes to Robby's family and friends.
Craig Jimenez (LSJUMB class of sometime in the 80s)
School
October 10, 2021
Robby,
Thank you for the gift of your brilliant perspective and your faithful lens, gilded in wit, wisdom and dry humor. And amongst all others, thank you for preserving the memory of the marching banana slug. You will be greatly missed.
Your band mate and classmate,
Cliff Gluck, ‘80 Trumpets
Clifford Gluck MD FACS
Classmate
June 5, 2021
In fond memory of a special person. We will remember you and miss you. Thanks for being a part of lsjumb and enhancing not just my but also my daughter's experience there. Our condolences to your fine family.
-stephanie lowry nacouzi '81 '82, p'12, mellophonez
stephanie lowry nacouzi
Classmate
May 25, 2021
Robby was a fabulous person and a great photographer. We worked closely together when I was a staffer in the Stanford Sports Information Office in the '80s, and he was a great colleague. He is missed tremendously, and our condolences to the Beyers family.
Chris Preimesberger
Coworker
May 2, 2021
Robby was a fixture during my band days, and he did such a great job chronicling all our adventures. My favorite photo collection is of the Coca Cola Bowl... it's so wonderful how he captured what an amazing trip it was for us. We are all forever grateful for what he's given us.
Larry Yang
Acquaintance
April 22, 2021
RIP Robby.
Frank Titus
Friend
April 22, 2021 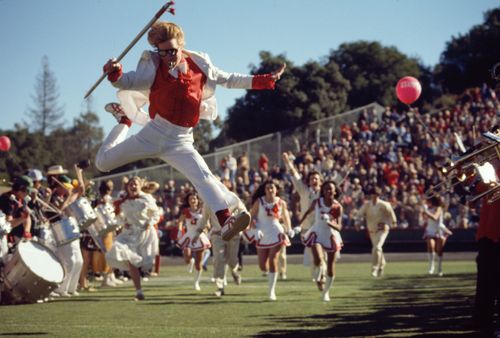 Thank you Robby for being a great friend, for making me laugh, for your wit, and for your joyful sarcasm. I cannot adequately express the positive impact you have had on my entire life. Is there a better way to express my awe (and thanks) for your ability to capture the moment than to include one of your early photos of another great one we lost too soon (Jimmy Jett circa 1977 with Robby's wife Elena in the background)?
Stevie Hoffman '81 '82
Stevie Hoffman
Friend
April 21, 2021
Thank You Robby for touching my life so deeply! Your sense of humor, kindness and support made working with you an absolute Joy! You became a Dear Friend, Gift and Blessing in my Life. I miss you beyond words. Thank You for everything! Love to You, your Amazing Family and all your Caregivers...You All became like family to me. Love Always, Liz Lal massage therapist
Liz Lal
Friend
April 19, 2021
From the time I met Robby photographing the band and subsequently running into him at Morgan Lewis events (in the role of client of his colleagues), I never lost my awe of Robby and his array of versatile skills and accomplishments. A huge loss, and my sympathies shared to his friends and his family —but what a life well lived for his span on earth! Robby, you will be missed; we will remember so much of our time at Stanford through your lens and unfailing wit. Stanford Tree, 1978/1979. Meredith
Meredith Fondahl
Classmate
April 19, 2021 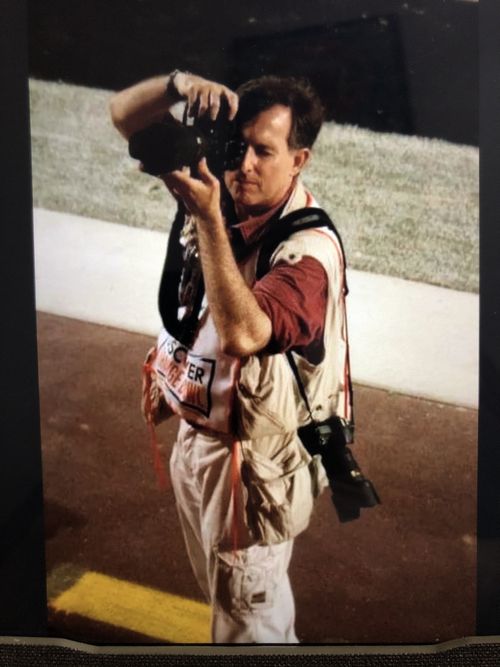 How do you say.. Please don’t go?
Cecelia
April 17, 2021
Robby’s contributions to the world and to individuals will keep him alive in our hearts.
Ann Scheder-Bieschin
Friend
April 17, 2021
Showing 1 - 13 of 13 results