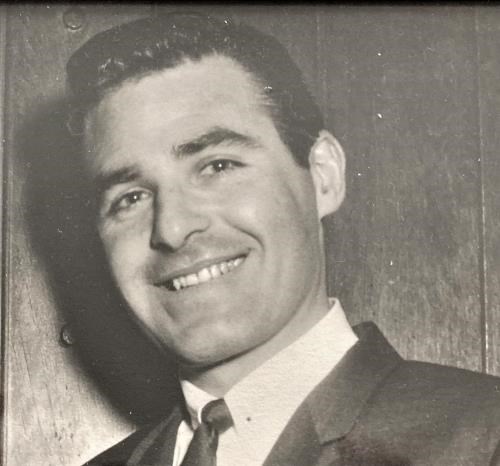 Robert Henry Blumenthal
December 31, 1933 – May 4, 2021
With love and profound sorrow, today, we would like to remember our loving husband and father, Robert Henry Blumenthal, who died in his sleep following a bout of pneumonia secondary to late stage Alzheimer's on the early morning of May 4th, 2021

Bob was born to Morris Blumenthal and Francis Schwartz at Mt. Zion Hospital, in San Francisco on New Year's Eve 1933, and spent his entire life living and working in the San Francisco Bay Area.

He attended Washington and Lowell High School before going to college at UCLA where he played basketball for the Brubabies, UCLA's Fresh/Soph team during the John Wooden era

Before going to law school, Bob worked as a dance instructor at Arthur Murray studios and spent two years in the army stationed at Ft. Ord during Korean War era

Bob graduated from Hastings Law School and began to practice law in 1961. He was a trial attorney who specialized in personal injury and workers compensation law. He practiced law for 54 years before he retired in 2017. Among the people he associated with during his law career were John Burton, Willie Brown, and George Oliver.

Bob was a life-long 49er fan who attended games as a youth at Kezar stadium with his father, Morris and continued the 49er family tradition taking his wife and kids to games at Candlestick park through the '80s and '90s The love of his life was his Swedish wife Inez, whom he met at Julius Kahn playground when he worked there as playground director in his early twenties. It was love at first sight and they remained happily married until his death. His other passions included commodity trading, jogging, trips to Hawaii, and basking in the sun by the pool.

He is survived by his wife Inez, and his two loving children, Paul and Daniel. Unfortunately, his cat, Monsieur, did not survive to mourn his passing.

To plant trees in memory, please visit our Sympathy Store.
Published by San Francisco Chronicle from Jun. 10 to Jun. 13, 2021.
MEMORIAL EVENTS
No memorial events are currently scheduled.
To offer your sympathy during this difficult time, you can now have memorial trees planted in a National Forest in memory of your loved one.
MAKE A DONATION
MEMORIES & CONDOLENCES
0 Entries
Be the first to post a memory or condolences.